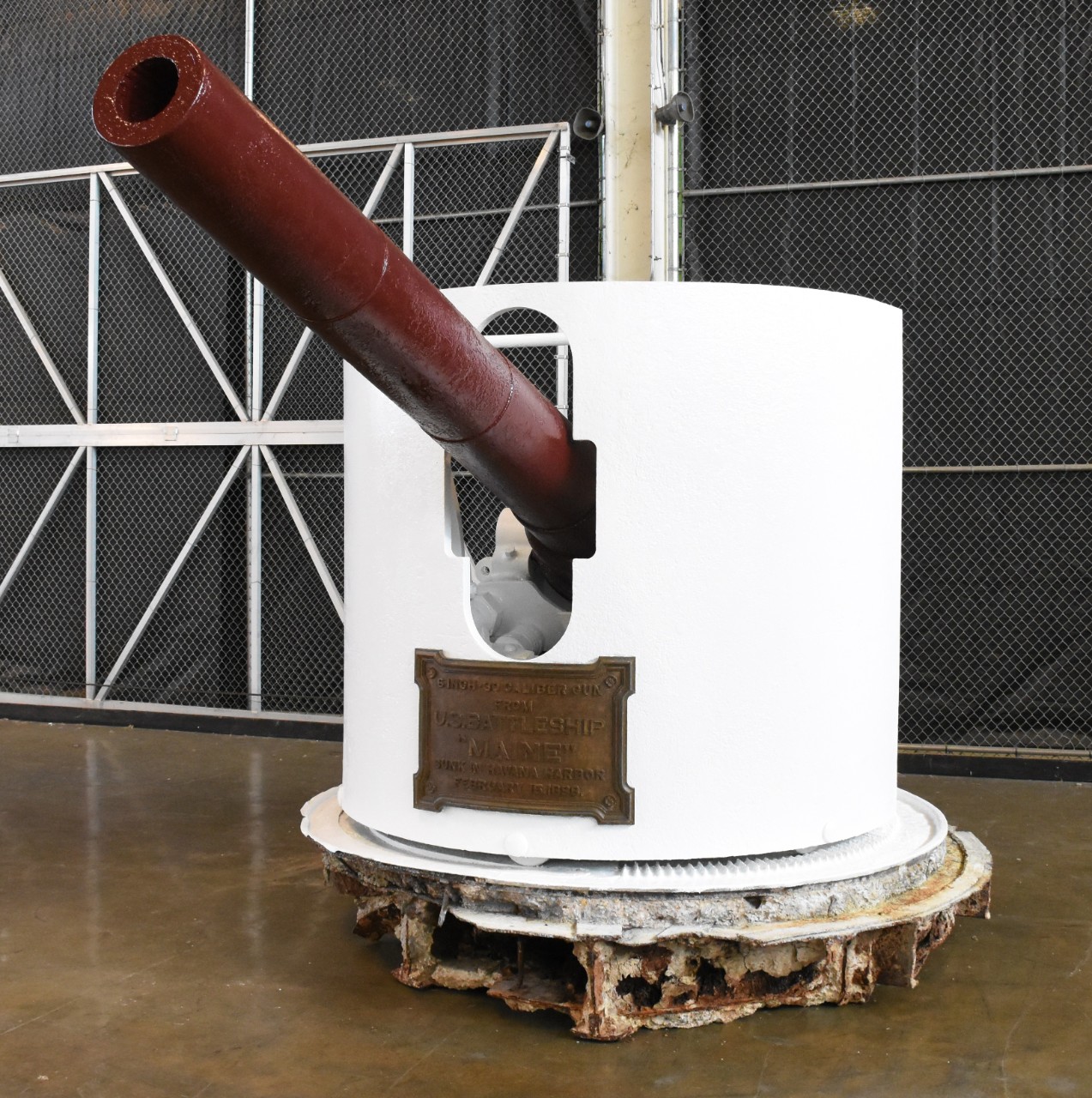 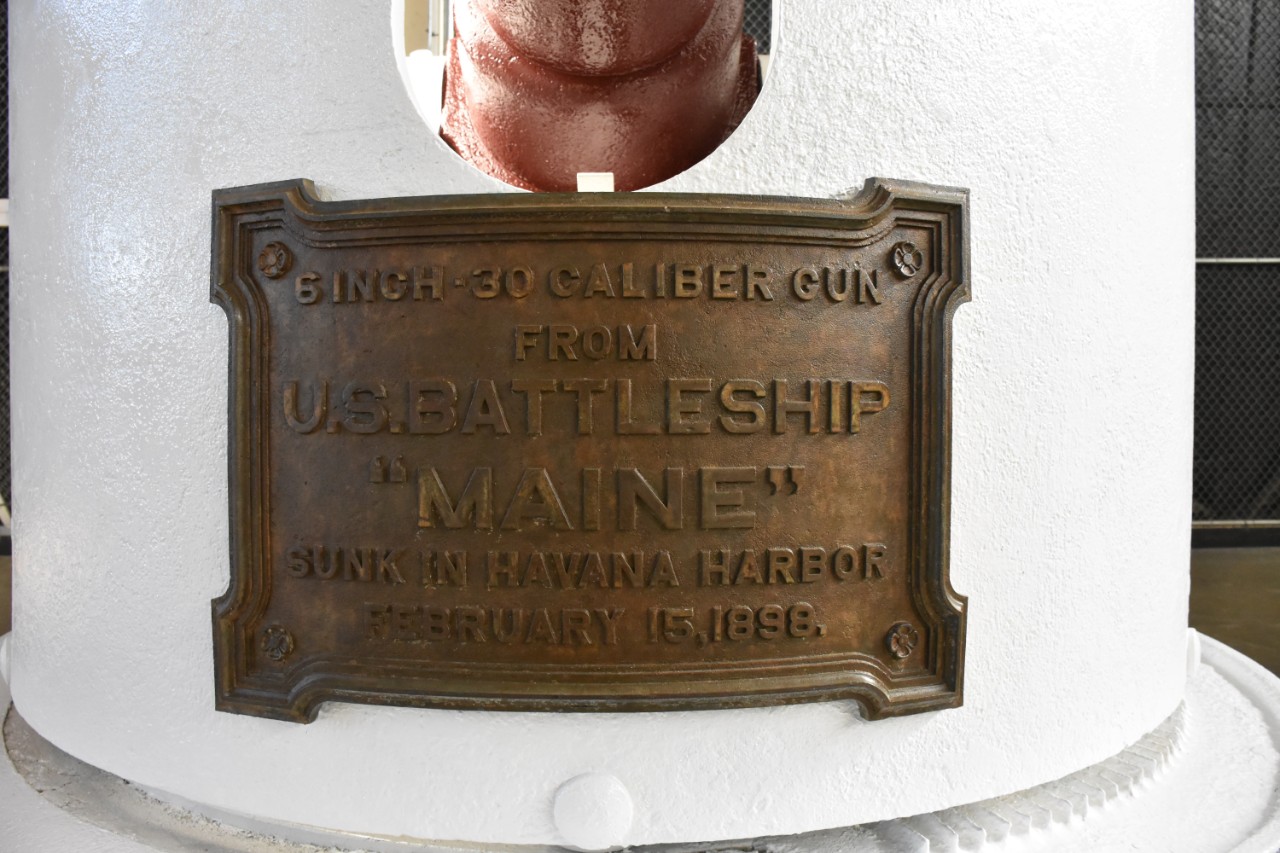 The 6-inch/30 caliber Mk 3 Mod 0 gun is a breech-loading rifle of built-up construction. The tapered barrel consists of a liner tube, ten hoops and an outer jacket. The gun has an external elevating band with integral trunnions mounted at the point the breech jacket ends and the barrel jacket begins. The breech is a rotating, interrupted screw type that hinges to the right. The gun is mounted on a Mk 3 carriage with two inclined recoil cylinders, one on each side and a semi-circular barbette-type shield attached to the front. The carriage is a central pivot type with two rollers and a toothed wheel at the rear that engage the track and teeth around the perimeter of the circular base.

At the time these guns were designed and manufactured, the US Navy was going through a period of experimentation and modernization. Known as the “New Navy”, this era saw the construction of such modern technology as the coal-fired, steam-powered ironclad USS Maine. However, older technology, such as the Mk 3 Mod 0 6-inch gun, still remained in use. The guns used black powder separately loaded in bags as the main propellant charge. By the time of World War I, the Navy had transitioned to 6-inch guns designed to use fixed ammunition with metallic cartridge cases and increased the strength of the breech to withstand the pressures developed by nitrocellulose-based “smokeless” propellant charges.

The armored cruiser, or second class battleship, USS Maine (ACR-1) was armed with six 6-inch/30 caliber guns as her secondary armament in addition to the main battery of two twin 10-inch/30 caliber turrets. Two each of the 6-inch guns were mounted in the bow, stern and amidship on the gun deck. The gun and mount held by NHHC are from the bow starboard side. The ship was destroyed by an explosion and sunk in Havana Harbor, Cuba on 15 February 1898. The bow section was heavily damaged and separated from the remainder of the hull by the force of the explosion. When the ship was raised in 1911, the bow section was also recovered and the gun and mount salvaged and returned to the US. 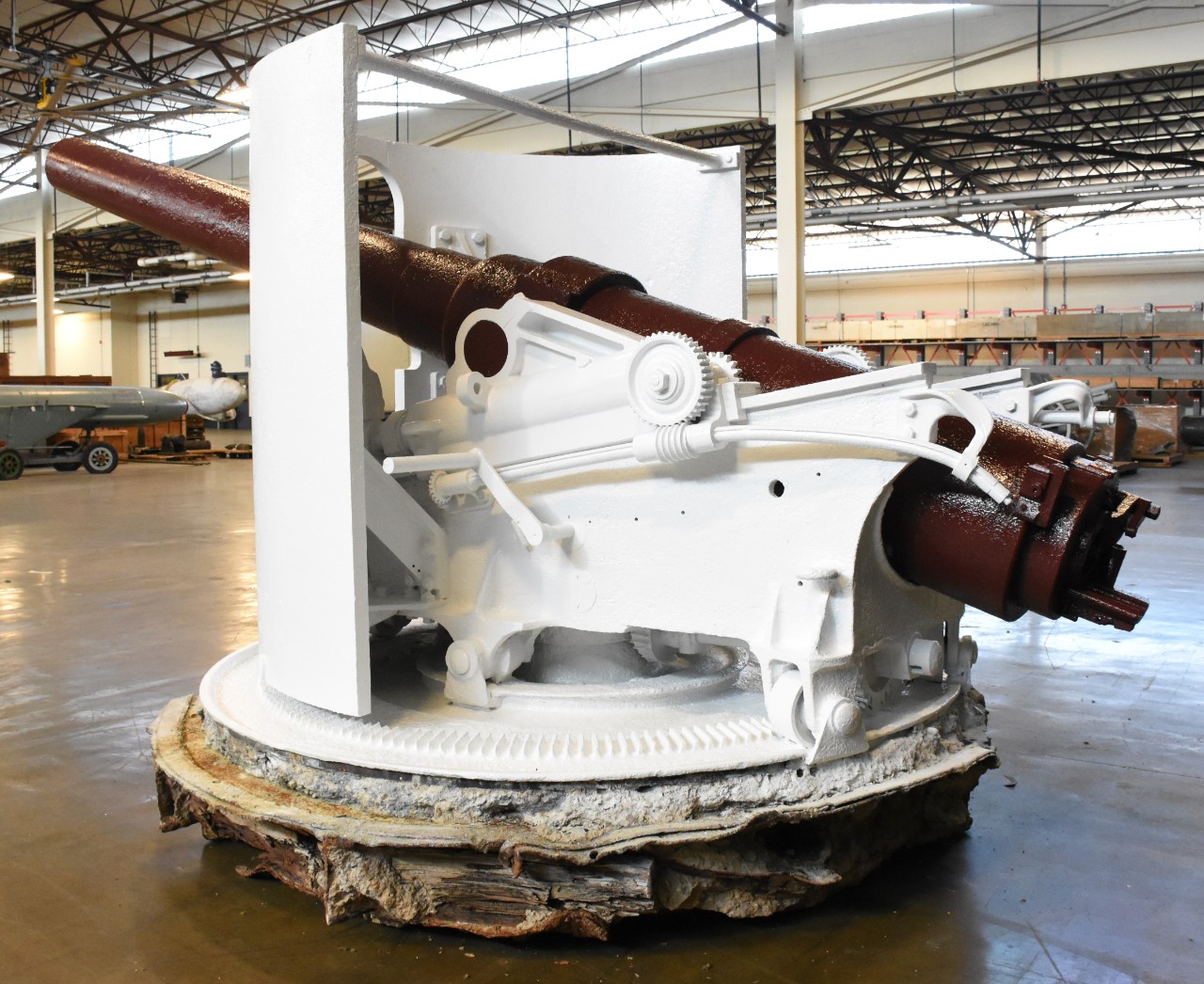