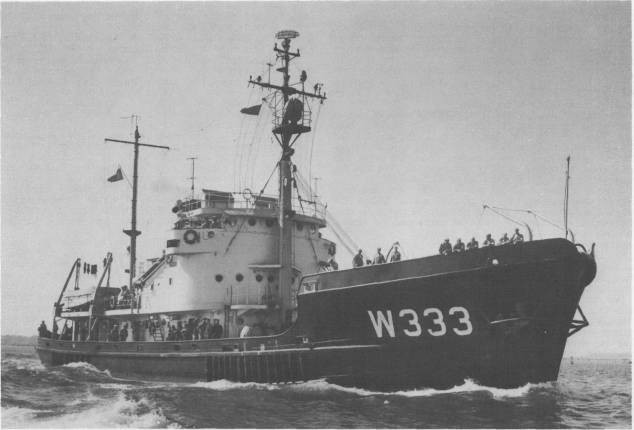 Caption: The Coast Guard cable ship Yamacraw (WARC-333), formerly the Navy minelayer Trapper (ACM-9). She was originally built to plant and tend controlled defensive minefields for the Army's Coast Artillery Corps, which was responsible for such mine operations until the function was transferred to the Navy in 1949