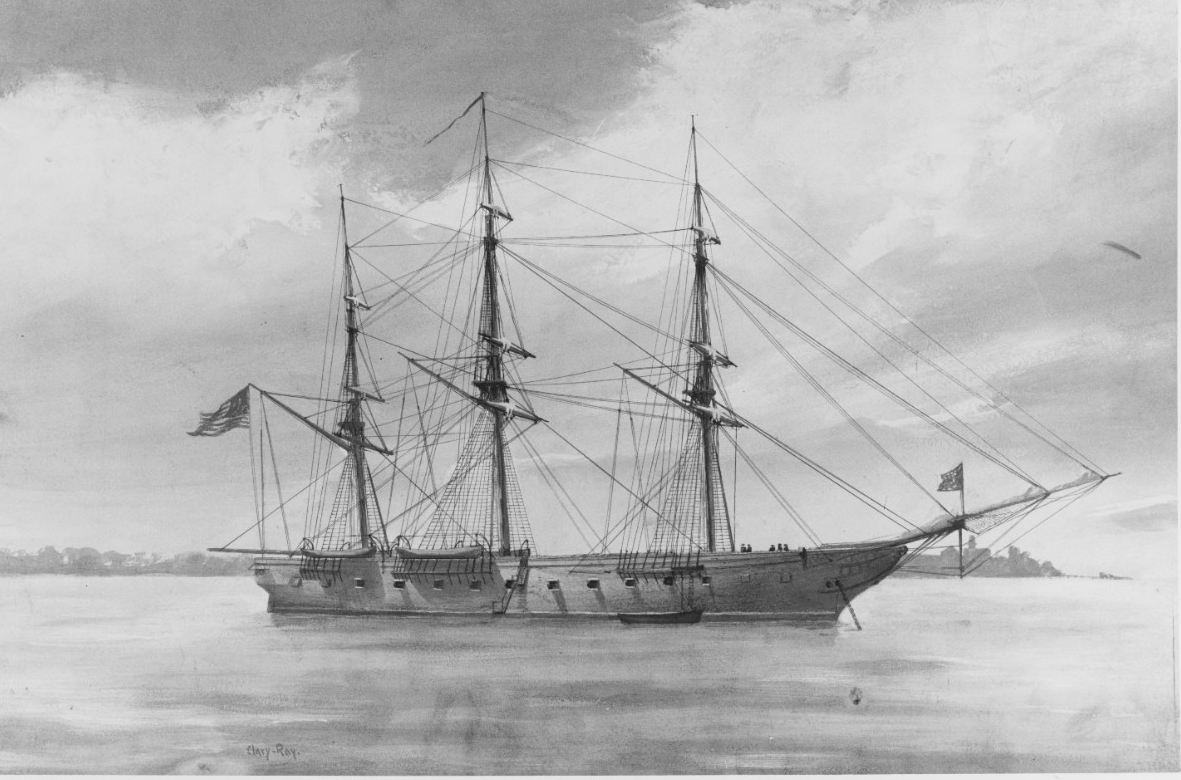 Caption: Savannah II as she appeared during the American Civil War. Original drawing by Clary Ray

The second Savannah was begun in 1820 at the New York Navy Yard, but she remained on the stocks until 5 May 1842, when she was launched. She was one of nine frigates to be built from a prototype design by naval architect William Doughty.

Savannah, with Capt. Andrew Fitzhugh in command, joined the Pacific Squadron as flagship in 1844. As the prospect of war with Mexico became imminent, the Squadron moved into position off the California coast. On 7 July 1846, the Squadron captured Monterey without firing a shot. On 8 September 1847, Savannah returned to New York for repairs.

With the outbreak of the Civil War in 1861, Savannah was deployed off the coast of Georgia, where she shared in the capture of two Confederate prizes, the schooner, E. J. Waterman, and the ship, Cheshire. On 11 February 1862, Savannah was taken out of active service and placed in use as an instruction and practice ship at the United States Naval Academy. In 1870, after conducting her last training cruise to England and France, she was laid up at the Norfolk Navy Yard. She remained there until sold to E. Stannard and Company of Westbrook, Conn., in 1883.