The Navy retained the name carried by this vessel at the time she was acquired and placed in service. 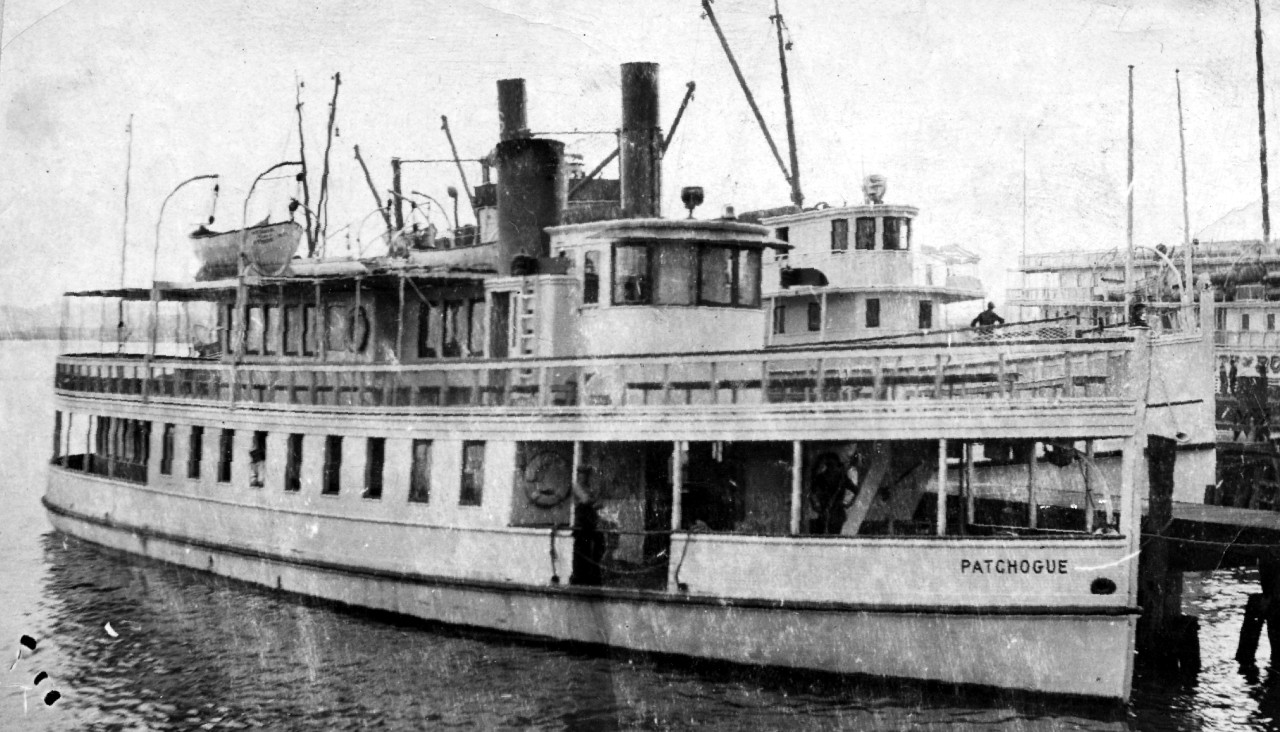 Patchogue -- a wooden-hulled twin-screw ferryboat built in 1912 at City Island, N.Y., by Robert Jacob and inspected in the First Naval District -- was purchased by the Navy from the Boston, Nahant & Pines Steamship Co. Given the classification S. P. 1227, the vessel was placed in service at New London, Conn., where, assigned to the Third Naval District, she operated as a ferry servicing the Submarine Base at New London.

Reclassified in the category of ferryboats and launches (YFB), Patchogue was redesignated as YFB-1227 on 1 July 1920. Transferred to the Fourth Naval District in June 1921, Patchogue was taken out of service on 25 July 1921.