J. A. Palmer Jr. a wooden single-screw fishing vessel, was built in 1912 at Wilmington, Del., by Jackson & Sharpe; purchased by the Navy from her owners, C. E. Davis Packing Co., of Reedville, Virginia. By the time of U.S. entry into the Great War and the growth of the Navy to expand to wartime strength, the vessel’s name had apparently been shortened to J. A. Palmer. 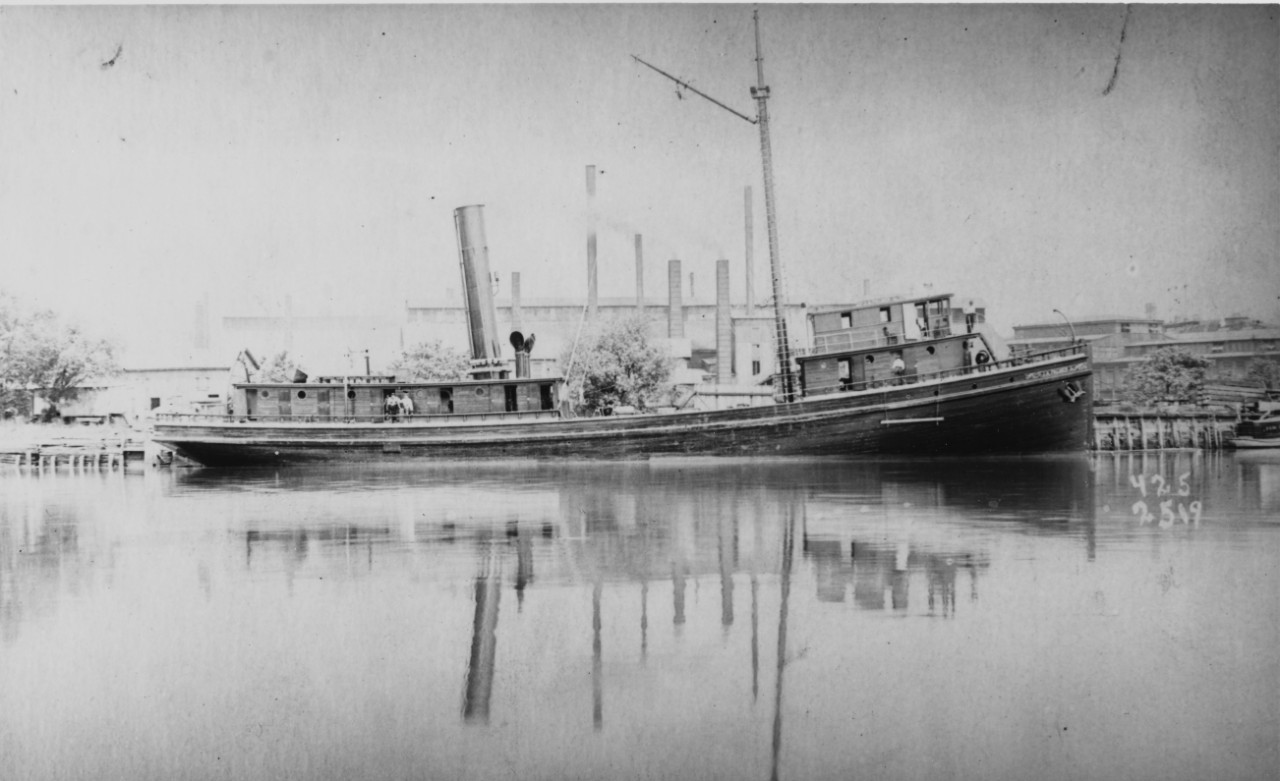 Download
Caption: J. A. Palmer, Jr. (close investigation shows the full name visible with the elaborate scrollwork at the bow), in a view taken circa 1912, her lines as a “Menhaden Fisherman” very apparent. (Naval History and Heritage Command Photograph NH 100226)

Given the identification number S.P. 319 and classified as a minesweeper, J. A. Palmer was commissioned on 7 April 1917, Boatswain W. A. Hudgins in command. General Order No. 314 of 28 July 1917, a little over three months after the ship was placed in commission, resulted in the vessel’s name being shortened to surname only: Palmer.

Assigned to the Fifth Naval District, Palmer operated on patrol off Cape Henry until February 1918, when she received special cable equipment at Berkeley, Va. The ship was then loaned to the U.S. Coast Guard for use as a cable ship and steamed along the Atlantic coast laying and repairing cable.

To avoid confusion with Palmer (Destroyer No. 161), that had been commissioned on 22 November 1918, less than a fortnight after the Armistice ended the Great War, the cable vessel’s name was dropped on 17 January 1919. S.P. 319 was turned over permanently to the Coast Guard on 10 September 1919 for continued use as a cable ship, and was renamed Pequot by the Treasury Department. On 28 April 1922, Pequot towed the U.S. Army Mine Planter General Samuel M. Mills, earmarked as her replacement, from Newport News, Va., to the U.S. Coast Guard Depot at Curtis Bay, Maryland, south of Baltimore, where she would undergo a refit and conversion to a cable ship.

Decommissioned by the Coast Guard on 11 May 1922, Pequot was sold to McNeal, Edwards & Co., of Reedville, presumably for a resumption of piscatory pursuits.