The third Niagara retained the name she carried at the time of her acquisition by the Navy. 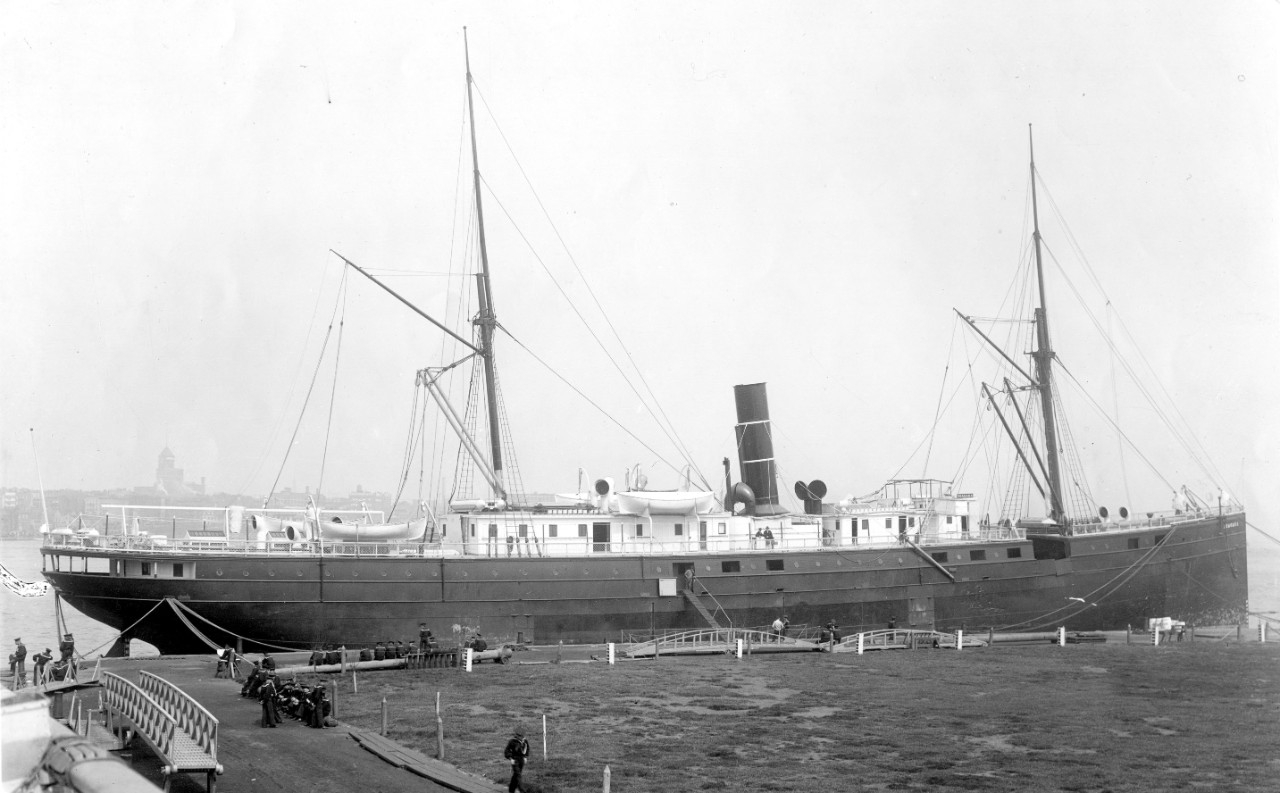 The steamer Niagara – built at Chester, Pa., by John Roach & Sons in 1877 -- was acquired by the Navy from the Ward Line Steamship Co. on 11 April 1898. Fitted out as a distilling and supply ship of the Collier Service, Niagara was commissioned at New York on 11 April 1898, Cmdr. George A. Bicknell, III, in command.

Niagara departed New York on 25 April 1898 for the Caribbean via Norfolk, Va., and Key West, Fla. During the Spanish-American War she served the fleet off Cuba, Puerto Rico, and Haiti. The ship returned to Hampton Roads on 26 May and sailed four days later, again bound for ports of Cuba and Puerto Rico. Niagara remained on station in the Caribbean until 24 July when she departed Guantánamo Bay, Cuba, for New York, arriving on 3 September.