An annual, seasonal prevailing wind in the region of South and Southeast Asia, blowing from the southwest between May and September and bringing rain, or from the northeast between October and April. 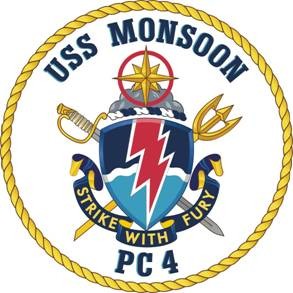 Dark blue and gold are the colors traditionally associated with the Navy. Red denotes action and valor, while the light blue and wavy white arch recall coastal waters and the shoreline. The lightning bolt represents the strength and fury of a monsoon. The lightning also symbolizes quick response and Monsoon’s electronic capabilities.

The storm cloud is expressive of the violent rains that come with a monsoon. The compass rose, highlighting navigation and the cardinal points of the compass, underscores the mission of the ship: to conduct coastal patrol, to detect illegal activities, and to carry out interdiction operations.

The trident, adapted from the Naval Special Warfare insignia, is crossed with a Navy sword and refers to the ship’s mission of providing support for special warfare operators.

The Coast Guard acquired five of the Navy’s Cyclone-class patrol craft beginning on 1 October 2004. The Coast Guard initiated the action because of its aging fleet, increased operational hours following the terrorist attack on 9/11, delays in delivery of the converted 123-foot patrol boats, and the continued deployment of 110-foot cutters to the Arabian Gulf, all of which created a gap in patrol boat availability. The transfer immediately lessened shortfalls in patrol boat hours. The Navy and Coast Guard signed an agreement in August 2004 that allowed five ships to be under the operational command of the Coast Guard. Two of the five ships were scheduled to be returned to the Navy in 2008; the remainder in 2011.

Coast Guard Pacific Area and the U.S. Pacific Fleet jointly announced on 5 November 2001, the assignment of two Cyclone-class ships, Monsoon and Zephyr (PC-8), in support of the nation’s homeland security along the U.S. West Coast as a part of Operation Noble Eagle, where they operated under the tactical control of the Coast Guard Pacific Area command. Operational control of the ships, normally assigned to Special Operations Command through Commander, Naval Special Warfare Command, shifted to the Pacific Fleet. Three other Cyclone-class ships, Shamal (PC-13), Tempest, and Tornado (PC-14), were to be assigned to the U.S. Atlantic Fleet for maritime homeland security operations, and home ported at Pascagoula, Miss. The Memorandum of Understanding directed the Navy to retain ownership as well as the responsibility for all life cycle management/maintenance, depot management, and casualty corrective service through 2008.  The Coast Guard assumed the “responsibility for crew assignment, cutter funding, retrofitting, operation and management.” Monsoon was decommissioned and transferred to the Coast Guard at Coronado, Calif., which reclassified her as WPC-4, on 30 September 2004. 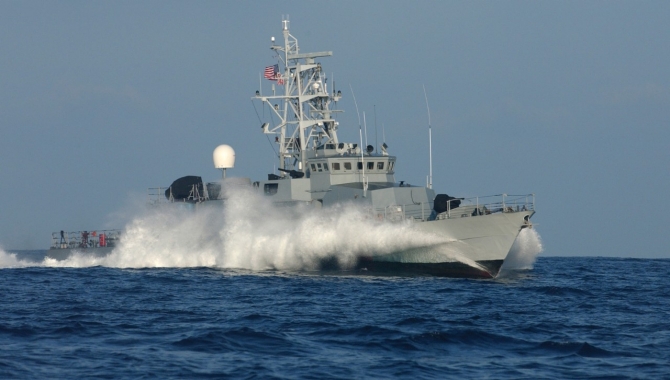 Monsoon and Coast Guard cutter Boutwell (WHEC-719) assisted in the arrest of Mexican drug lord Francisco J. A. Félix, on 16 August 2006. Félix had put to sea on board his boat Dock Holiday to fish off the Baja Peninsula, but the Drug Enforcement Administration received a tip off to his whereabouts and the Coast Guardsmen seized the crime kingpin. Félix subsequently received a sentence of life in prison. The Coast Guard operated Monsoon until 22 August 2008, when she was returned to the Navy. 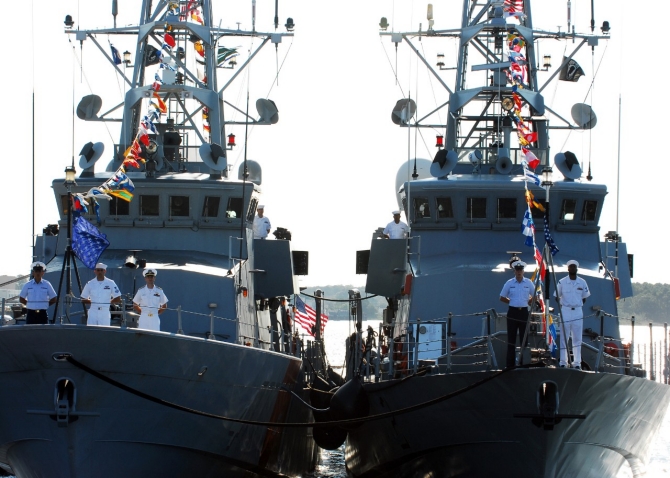 The Navy subsequently reinforced the Fifth Fleet and Hurricane (PC-3) and Monsoon shifted to Naval Support Activity Bahrain, completing their move on 13 August 2014. Their deployment raised to ten the total number of patrol craft operating within the Fifth Fleet.

“SEAL [Sea, Air, Land] teams couldn’t use them because they were too large for their mission,” Lt. Bart Denny, Regional Support Organization PC transit coordinator explained, “and we started to transfer the ships to the Coast Guard. After Sept 11 [9/11], the demand for them grew. They can get to shallow waters and maneuver quickly where cruisers and destroyers can’t safely operate. This makes them a great asset for protecting oil terminals and overseas port security.” Denny further noted the logistics issue: “Keeping the ships on station in Bahrain significantly cuts down on the wear and tear of the ship and reduces the amount of time it takes to get the ship fully operational on station.”

In order to maintain the forward-deployed ships the Navy created 16 rotational crews, identified by alpha names, each crew consisting of four officers and 24 enlisted Sailors. The move enabled crewmembers to learn together in a single location during seven- to 16-week training cycles. 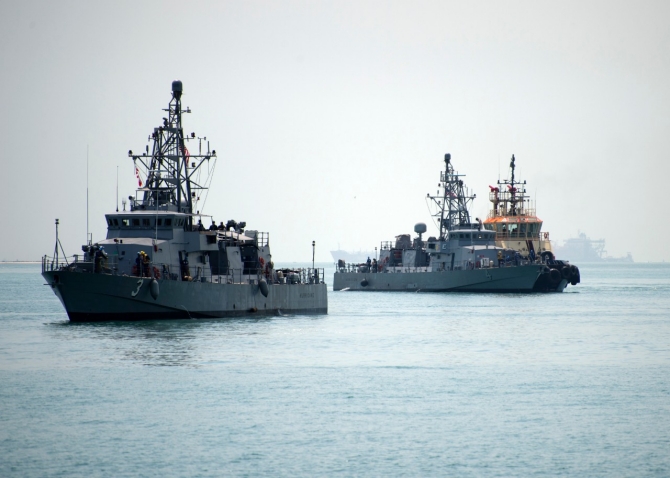