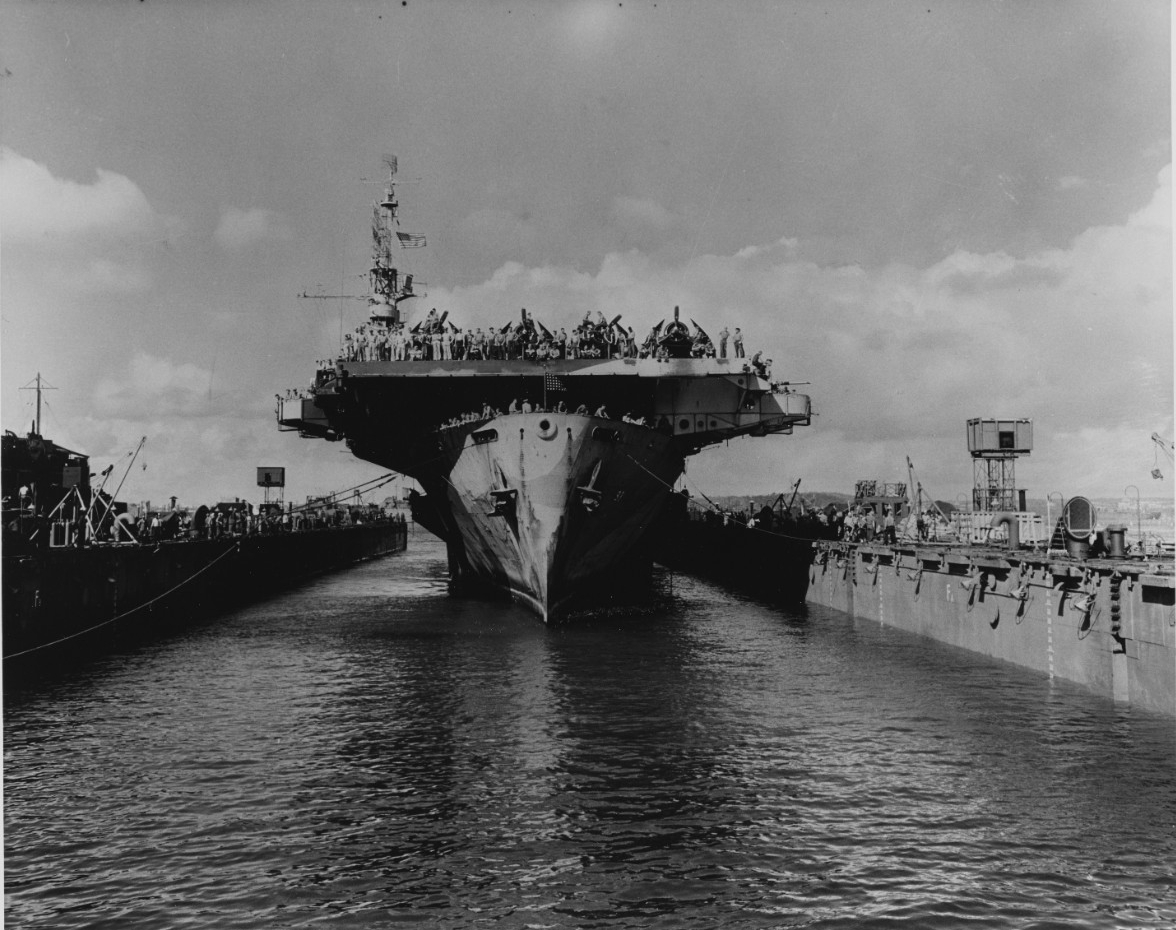 A coral atoll in the northern Gilberts, Makin was the scene of two landings by American troops during World War II: a diversionary raid by the 2d Marine Raider Battalion, the famous "Carlson's Raiders," 16 to 18 August 1942, and an invasion of the atoll by the Northern Attack Force, 5th Fleet, 19 to 29 November 1943.

Following brief west coast shakedown, Makin Island departed San Diego 19 June 1944 to ferry aircraft and men to Pearl Harbor, Majuro, and Kwajalein, returning to San Diego 24 July. The escort carrier then trained out of San Diego preparing for combat until 16 October, when she sailed for Ulithi via Pearl Harbor and Eniwetok, arriving 5 November.

On 10 November the ship got underway for Leyte, protecting convoys in transit to the invasion beachhead. Extensive air operations were conducted but no enemy resistance was encountered. On 22 November she sailed to Manus for the forthcoming invasion of Luzon. 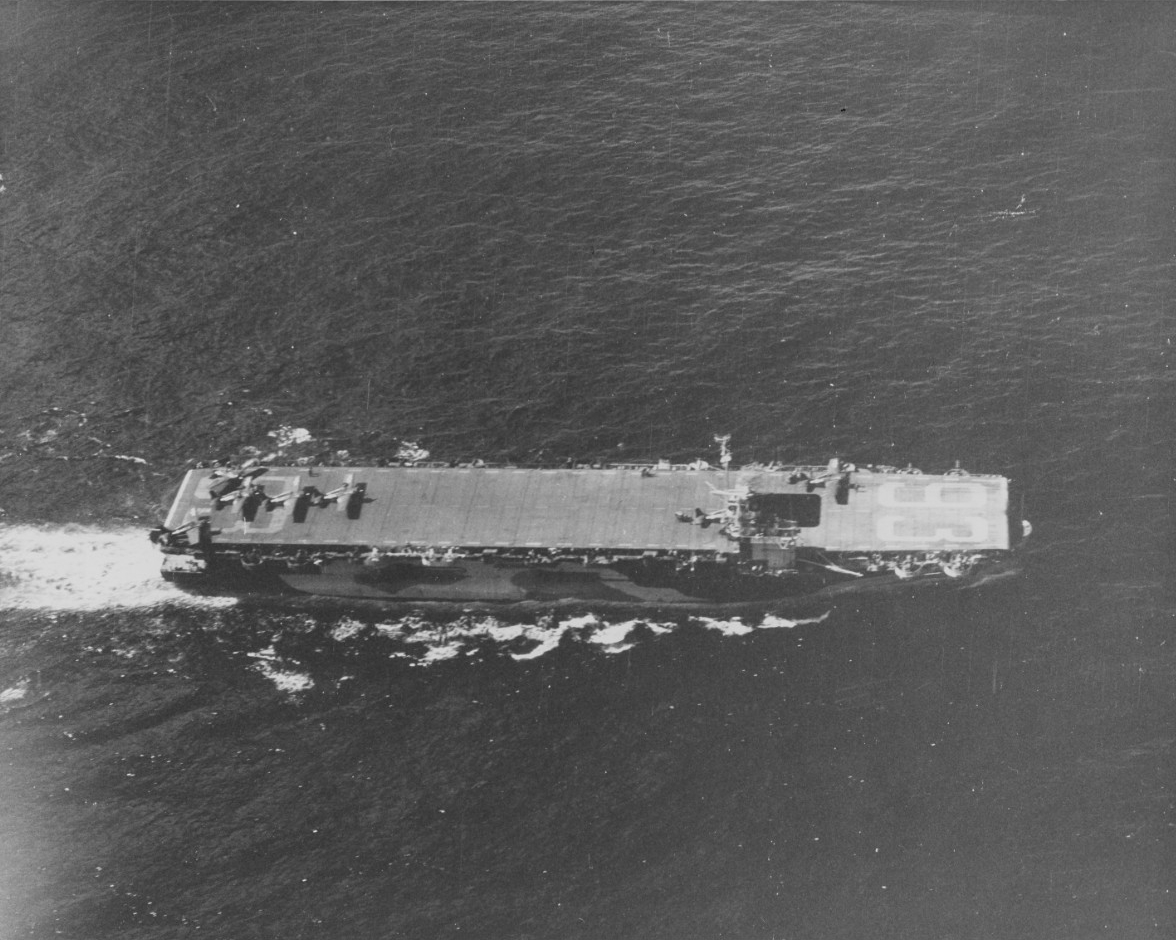 Flying the pennant of Rear Adm. C. T. Durgin, Commander TG 77.4, Makin Island left Manus 27 December to rendezvous with the invasion force in Surigao Strait, Leyte. Sailing for Lingayen Gulf, 3 January 1945 the carrier was subjected to fierce, almost continuous enemy air attack during the passage to the assault beaches. Though sister carrier Ommaney Bay (CVE‑79) was sunk and a number of other ships damaged, Makin Island arrived unscathed 6 January. For the next 11 days she remained off the beachhead flying air support for the amphibious operation, then sailed for Ulithi.

Admiral Durgin flew his flag in Makin Island once more, during the invasion of Iwo Jima, off which she arrived 16 February. Her planes made preinvasion strikes and after the landings provided aerial fire support, essential to success in the hot action ashore, until 8 March. The carrier group again came under heavy Japanese suicide attacks, but Makin Island again was not hit. After replenishing at Ulithi, she sailed for Okinawa, again as flagship.

She sailed again 11 July to provide air cover for ships conducting minesweeping and raiding operations in the East China Sea and to launch airstrikes against Japanese targets on the Chinese coast. On 13 August she anchored in Buckner Bay, Okinawa, and on 9 September proceeded to Wakanoura Wan, in southern Honshu, for occupation duty. Among her missions was providing air cover for the evacuation of Allied prisoners of war. She sailed for San Francisco 18 October, arrived 5 November, then voyaged to Shanghai to return troops to the United States at Seattle 30 December.