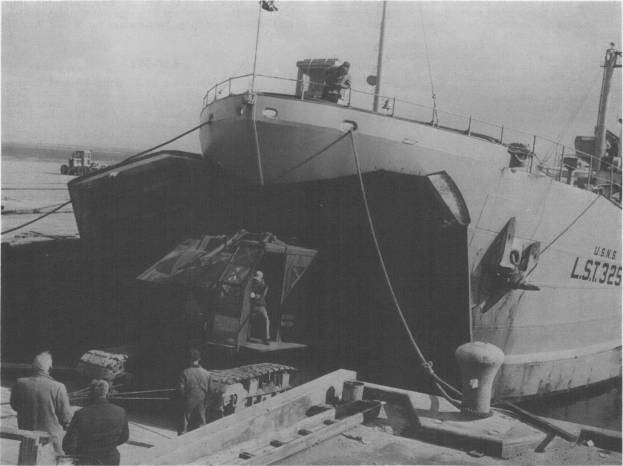 Caption: In peace as well as in war, LST's have traditionally made themselves useful wherever heavy cargoes or equipment need hauling. Here a Seabee power shovel is landed from the Military Sea Transportation Service's LST-325.

During World War II, LST-325 was assigned to the European theater and participated in the Sicilian occupation in July 1943 and the invasion of Normandy in June 1944. She was decommissioned on 2 July 1946 and struck from the Navy list on 1 September 1961. On 1 September 1964, LST-325 was transferred to Greece as grant aid where she remained active as Syros (L-144).