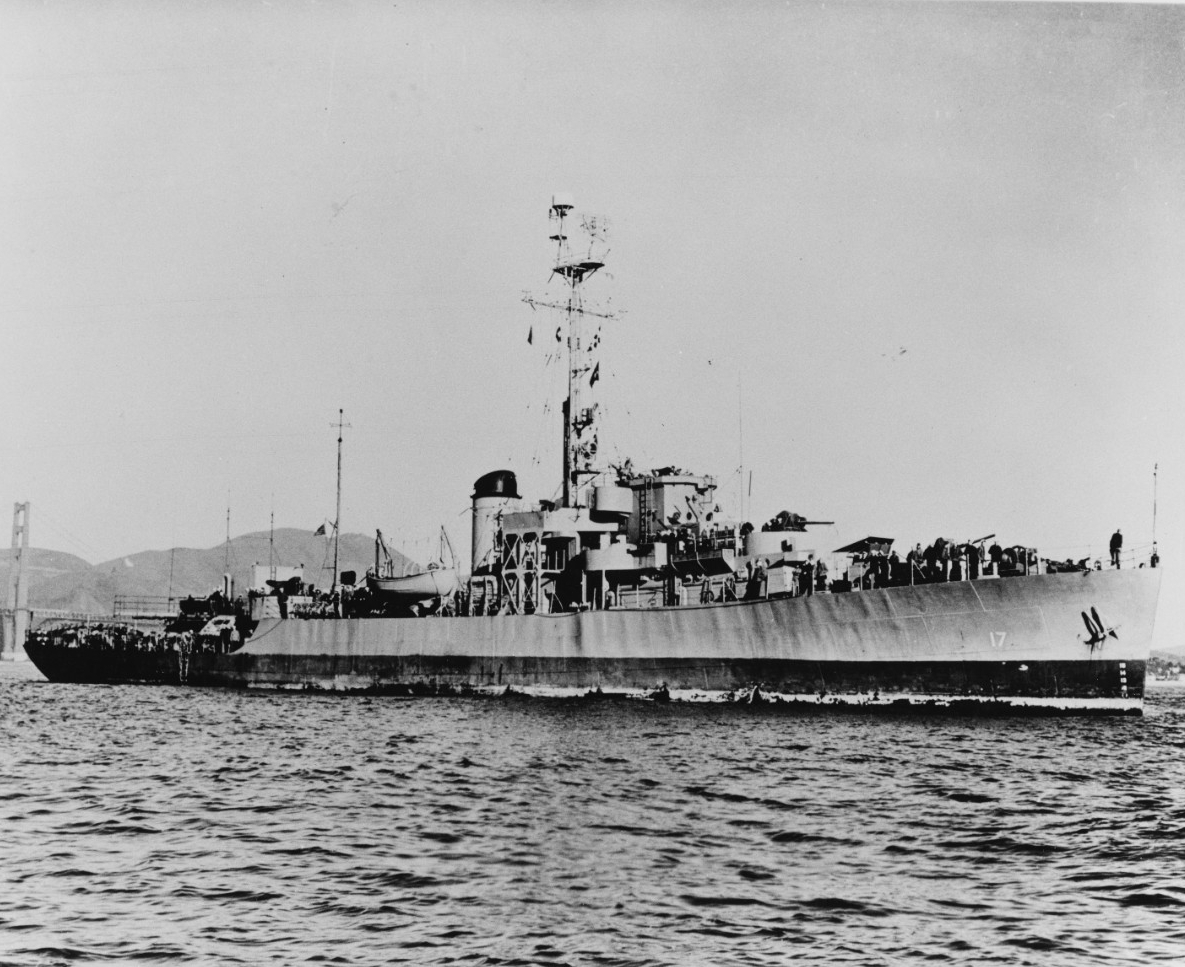 While the first Key West retained the name she carried at the time she was purchased, the second was named for the largest seaport in the Florida Keys.

The second Key West (PF-17) was laid down on 23 June 1943 at Lorain, Ohio, by the American Shipbuilding Co., under a Maritime Commission contract (M.C. Hull 1483); launched on 29 December 1943; sponsored by Mrs. Vernon Lowe, sister of Lt. Harold Felton, the first resident of Key West reported missing in World War II; and commissioned at Houston on 7 November 1944, Lt. Cmdr. B. Papanek, USCGR, in command.

Key West stood out of Galveston Bay on 17 November 1944 for training exercises and escort duty out of Bermuda. The frigate operated there until sailing for Norfolk on 22 December. Key West departed Hampton Roads on 18 January 1945 escorting a convoy to Oran, Algeria, and returned to Boston on 28 February.

During the next four months, she made two cruises out of Casco Bay, Maine. Upon her return to New York on 14 June 1945, from her final cruise, Key West remained at Brooklyn until 5 July when she sailed for Boston for conversion to a weather ship.

She departed Boston on 31 July 1945 and, after transiting the Panama Canal, arrived at Pearl Harbor, Territory of Hawaii, on 23 August. Key West was then assigned weather station patrol in the vicinity of Guam, arriving there on 10 September. She operated out of Apra Harbor reporting meterological data and stood by to aid ships in distress until 14 March 1946 when she arrived to San Francisco.

Key West departed San Francisco on 9 April 1946 and served for three weeks on plane guard station off the North California Coast. The weather ship arrived at Seattle, Wash., on 1 May and decommissioned at Bremerton, Wash., on 14 June 1946. She was sold on 18 April 1947 to Cascade Enterprises, Oakland, Calif., and scrapped.