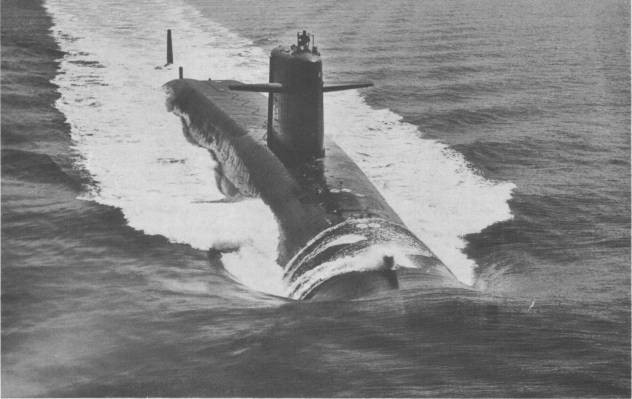 John Marshall, Chief Justice of the United States and principal founder of American constitutional law, was born 24 September 1775 at Germantown (now Midland) in Fauquier County, Va. A member of the Culpeper minutemen early in the Revolution, he entered the 3d Virgina Continental Regiment 30 July 1776 and served ably in a number of important campaigns, rising to Captain. He became a lawyer after the war, serving his state as a leader in the Assembly and in the new Federalist Party. He attracted attention from national leaders, and was offered several diplomatic posts, but preferred to remain in Virginia. In 1797, however, he accepted an appointment on a three man commission to negotiate with France. After French leaders demanded personal bribes in return for engaging in the negotiations, Marshall answered for his colleagues in a brilliant memorial which rejected this extortion and upheld the honor and dignity of the new county.

Elected to Congress in 1799, Marshall became Secretary of State 6 June 1800. Here he strongly opposed violations of American rights on the high seas and adopted a policy which necessitated a strong navy to give force to our diplomatic protests.

Appointed Chief Justice 20 January 1801, Marshall continued to serve as Secreary of State until the end of Adams' administration 4 March 1801. In the Supreme Court, Marshall made his greatest contributions to the development of American government. In a series of historic decisions, he established the judiciary as an independent and influential branch of the government equal to Congress and the Presidency. Perhaps the most significant of these cases was that of Marbury v. Madison, in which the principle of judicial review was simply stated by Marshall: "A legislative act contrary to the Constitution is not law." Then, as the young nation was endangered by regional and local interests which often threatened to tear it to shreds, Marshall again and again interpreted the Constitution broadly so that the Federal Government had the power to become a respected and creative force guiding and encouraging the nation's growth. For practical purposes, the Constitution in its most important aspects today is the Constitution as John Marshall interpreted it. As Chief Justice he embodied the majesty of the Judicial Branch of the government as fully as the President stood for the power of the Executive Branch. He died 6 July 1835, having served as Chief Justice for nearly 35 years.

John Marshall sailed 31 May 1962 for shakedown cruise off the East Coast. Following post-shakedown alterations in her builder's yard, she proceeded to her homeport, Charlestown, S.C., arriving 15 December 1962. The ninth operational Fleet Ballistic Missile Submarine, she departed Charleston 31 December 1962 for her first Polaris patrol in the Atlantic which terminated upon her arrival at her base at Holy Loch, Scotland, 8 March 1963. Based there, she completed her ninth patrol 15 January 1965 and immediately began preparations to sail again to defend her nation and the free world.

In the following years John Marshall made 17 successful Polaris patrols before beginning her first major overhaul at Newport News Shipbuilding and Dry dock Co., 13 December 1966 to prepare for resuming her vigils late the following year.