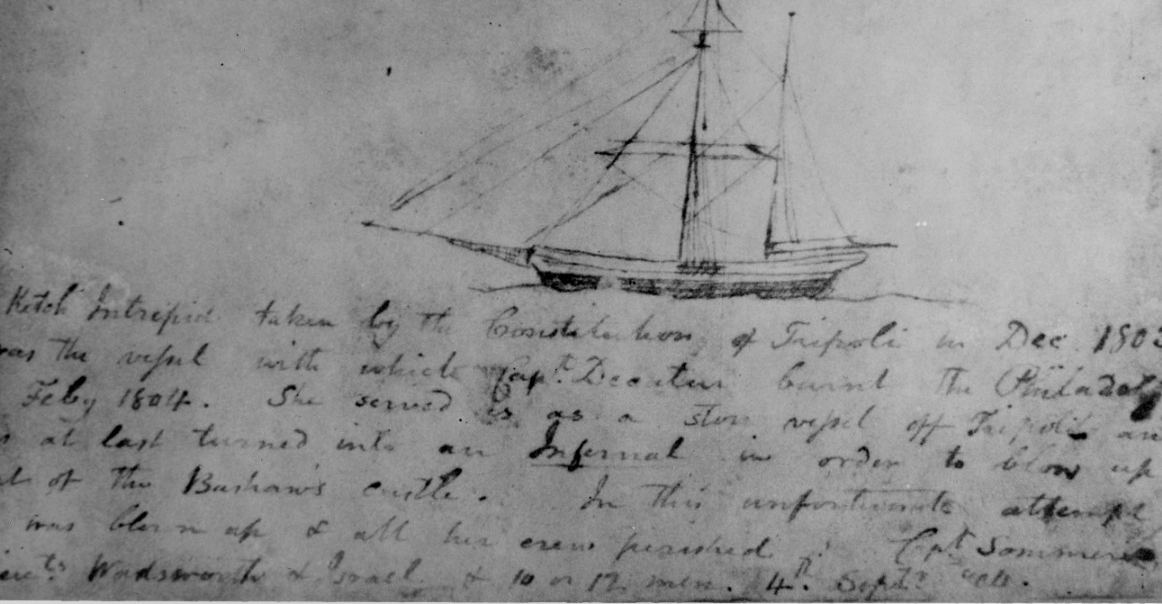 The first Intrepid was built in France in 1798 for Napoleon's Egyptian expedition. She was subsequently sold to Tripoli, whom she served as Mastico. The bomb ketch was one of several Tripolitan vessels capturing Philadelphia 31 October 1803 after the American frigate had run fast aground on uncharted Kaliusa reef some 5 miles east of Tripoli.

Enterprise, Lt. Stephen Decatur in command, captured Mastico 23 December 1803 as she was sailing from Tripoli to Constantinople under Turkish colors and without passports. After a time-consuming search for a translator, the ketch's papers and the testimony of an English ship master who had been in Tripoli to witness her role in operations against Philadelphia convinced the commander of the American squadron, Commodore Edward Preble, that Mastico was a legitimate prize. He took her into the U.S. Navy and renamed her Intrepid.

Meanwhile, Philadelphia lay in Tripoli Harbor threatening to become Tripoli's largest and most powerful corsair. Preble decided that he must destroy the frigate before the enemy could fit her out for action against his squadron. In order to take the Tripolitans by surprise, he assigned the task to the only ship which could be sure of passing as a North African vessel, Intrepid. He appointed Lieutenant Stephen Decatur captain of the ketch 31 January 1804 and ordered him to prepare her for a month's cruise to Tripoli in company with Siren. Preble's orders directed Decatur to slip into harbor at night, to board and burn the frigate, and make good his retreat in Intrepid, unless it then seemed feasible to use her as a fire ship against other shipping in the harbor. In the latter case, he was to escape in boats to Siren which would await just outside the harbor. 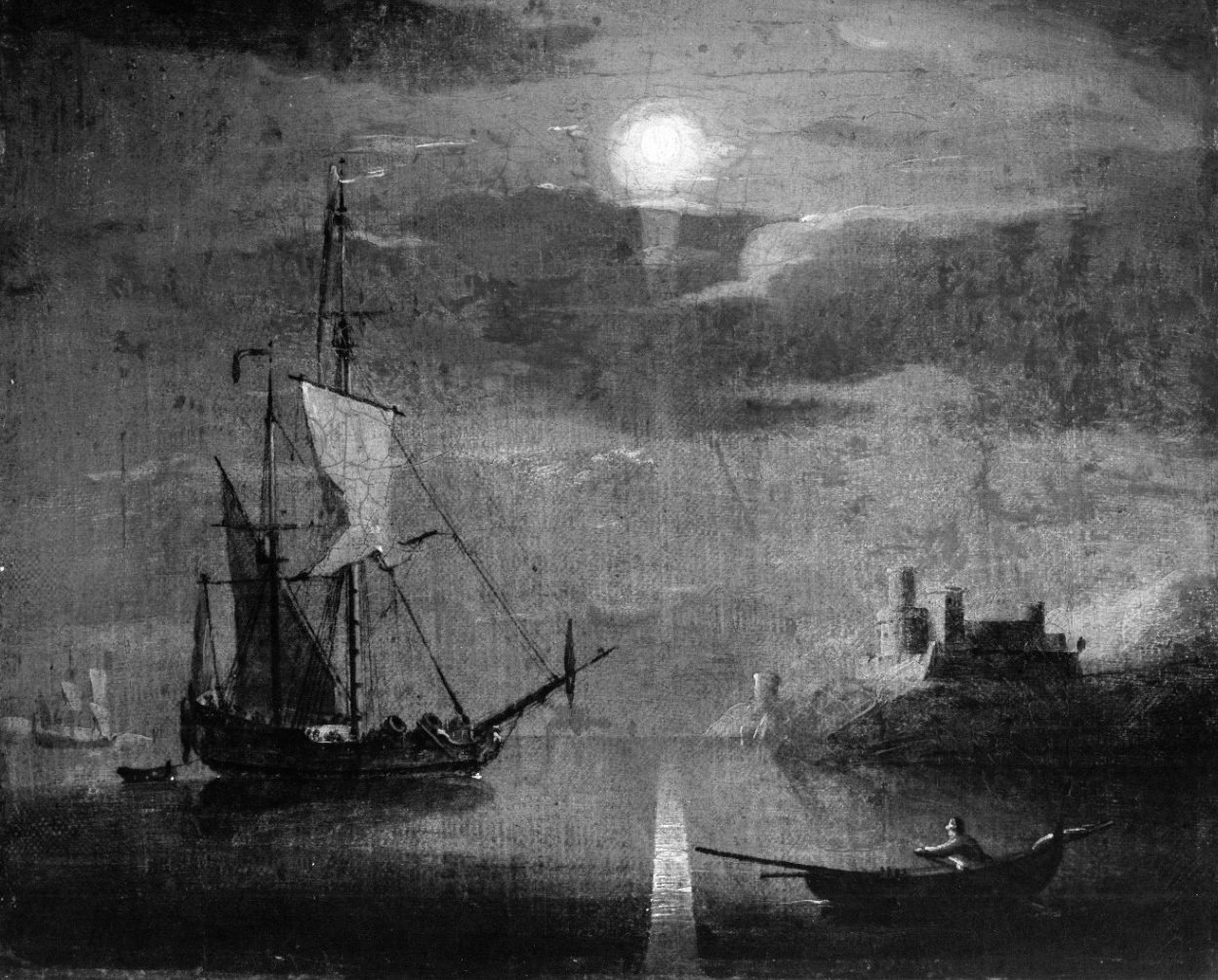 Intrepid and Siren set sail 2 February and arrived off Tripoli 5 days later. However, bad weather delayed the operation until 16 February. That evening Siren took station outside the harbor and launched her boats to stand by for rescue work. At 7 o'clock Intrepid entered the harbor and 2% hours later was alongside Philadelphia. Leaving a small force commanded by Surgeon Lewis Heermann on board Intrepid, Decatur led 60 of his men to the deck of the frigate. A brief struggle, conducted without firing a gun, gave the Americans control of the vessel enabling them to set her ablaze. Decatur, the last man to leave the burning frigate, remained on board Philadelphia until flames blazed from the hatchways and ports of her spar deck. When he finally left the ship, her rigging and tops were afire. Shore batteries opened up on Intrepid as she escaped only to be answered from abandoned Philadelphia when her guns discharged by the heat of the conflagration.

When Lord Nelson, then blockading Toulon, heard of Intrepid's feat, he is said to have called it "the most bold and daring act of the age."

Intrepid returned to Syracuse 19 February, and the next day her crew returned to their original ships. The ketch remained in Syracuse with only a midshipman and a few men on board while the squadron was at sea during the next few months. She became a hospital ship 1 June and continued this duty through July. She departed Syracuse 12 August for Malta, where she took on board fresh supplies for the squadron and departed 17 August. She rejoined the squadron off Tripoli 22 August. A week later she began to be fitted out as a "floating volcano" to be sent into the harbor and blown up in the midst of the corsair fleet close under the walls of Tripoli. Carpenters of every ship were pressed into service and she was ready 1 September. However, unfavorable weather delayed the operation until 4 September. That day Lt. Richard Somers assumed command of the fire ship. His crew of Lt. Henry Wadsworth and 10 men, all volunteers, was completed shortly after Intrepid got underway when Midshipman Joseph Israel arrived with last-minute orders from Commodore Preble and insisted on accompanying the expedition. The anxious fleet heard two signal guns as Intrepid entered the harbor; and at 9:30, sometime before she was expected to reach her destination, the American squadron was shaken by the concussion of a violent explosion.

Commodore Preble later concluded that Tripoline defenders must have boarded Intrepid prompting her valiant men to blow her up giving their lives to prevent the ship's valuable cargo of powder from falling into the hands of the enemy. All on board were lost.