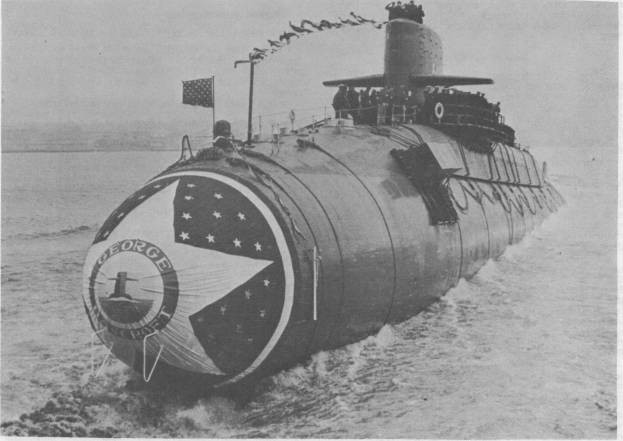 See Bancroft (DANFS I, 90) for biography of George Bancroft.

The new Polaris submarine was assigned to Submarine Squadron 14 of Submarine Flotilla 6 with New London as home port. Her first deployment began 26 July 1966. Soon after the patrol was successfully completed at Holy Loch, Scotland, the gold crew relieved the blue. A few weeks later, George Bancroft got underway for her second patrol which ended toward the close of the year. Early in 1967, George Bancroft began her third patrol. She silently and invisibly roves the seas as a mighty deterrent against aggression, preserving the peace and protecting freedom.