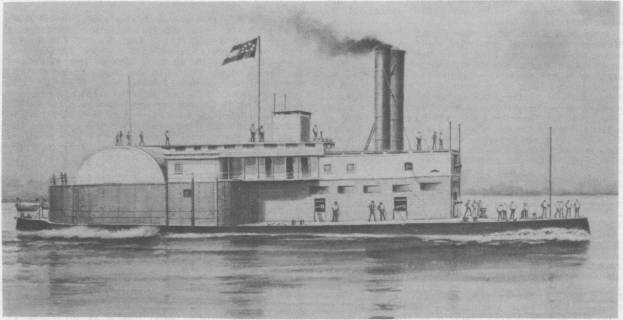 Sterling Price, born in Prince Edward County, Va., 20 September 1809, attended Hampton-Sydney College 1826-27, and studied law under Creed Taylor. He was Chairton County's representative in the state legislature 1836-38 and 1840-44, and was elected Speaker of the House in 1840. Price was elected to Congress in 1844 but resigned in 1846 to enter the Mexican War as a Colonel. He later became a Brigadier General and served as Military Governor of Chihuahua. General Price then moved to Missouri and was elected Governor in 1852. He was president of the State Convention of 1860 and was placed in command of the state militia. After collecting 5,000 troops, General Price united with the forces of Confederate General McCulloch and won the battle of Wilson's Creek 10 August 1861. After capturing 3,000 Federal troops at Lexington in September, Price retreated into Arkansas and officially joined the Confederate Army in April 1862. He met setbacks at Corinth, Miss., in 1862 and at Helena, Ark., in 1864 before defeating Union General Steele at Red River. He withdrew into Texas in 1864 and in 1865 after the defeat of the Confederacy, he escaped to Mexico. Following the collapse of Maximillian's empire, General Price returned to Missouri, where he died 29 September 1867.

Completing repairs and conversion at Cairo 11 March 1863, General Sterling Price departed for duty with the Mississippi Squadron. Rear Admiral Porter was at that time attempting to transit shallow and overgrown Steele's Bayou in a move to cut off Vicksburg from the rear, and General Sterling Price joined the expedition. After several days of slow and difficult progress, harassed by Confederate troops, the gunboats were forced to withdraw 22 March 1863. General Sterling Price dashed past the formidable Confederate defenses at Vicksburg with Admiral Porter's flotilla 17 April 1863. Lashed to the starboard side of Lafayette during the daring run, she suffered little damage. Porter was then in a position to assault Grand Gulf, Miss., and, during the heavy engagement with the batteries there 29 April and 3 May 1863, General Sterling Price carried troops and conveyed transports under fire. The South was forced to evacuate this vital point to the river.

General Sterling Price departed Grand Gulf for the Red River 3 May and took part in the capture of Alexandria, La., and the partial destruction of Fort De Russy, La., 3 to 17 May. During this period, General Sterling Price acted briefly as Admiral Porter's flagship, and on 10 May she was sent on a reconnaissance up the Black River, where she engaged strong Confederate batteries at Harrisonburg, La.

As Union pressure against Vicksburg mounted, General Sterling Price played a major part in the continuing bombardment of the city and gunfire support of the Union troops until the Confederacy's river stronghold finally surrendered 4 July. She was at Memphis 16 July and left there for Cairo and much-needed repairs, which were not completed until about 19 November.

General Sterling Price rejoined the squadron at Memphis 2 December 1863 and soon became part of Rear Admiral Porter's planned expedition up the Red River. Before joining Porter, she accidentally rammed Conestoga 8 March 1864 after a confusion in whistle signals, causing the latter ship to sink quickly, a total loss. Accompanying the Red River expedition as far as Alexandria, General Sterling Price returned to the mouth of the river 6 April convoying transports.

She then took up regular cruising station on the lower Mississippi River, protecting transports, landing reconnaissance parties, and keeping the river free from Confederate guerrillas. While on this duty, she engaged a Southern battery off Tunica Bend, La., 19 May, forced it to withdraw, and landed a shore party which burned the Confederate headquarters. General Sterling Price continued her patrol duties between New Orleans and Donaldsonville, La., until the end of the war. She decommissioned at Mound City, Ill., 24 July 1865 and was sold 3 October 1865 to W. H. Harrison.