Comfort was given a name in keeping with the mission of hospital ships.

The second Comfort (AH-6) was launched on 18 March 1943 at Wilmington, Calif., by Consolidated Steel Corp., Ltd., under a Maritime Commission contract (M.C. Hull 1021); sponsored by First Lieutenant E. Hatchitt, USAMC; transferred to the Navy the same day; converted to a hospital ship by Bethlehem Steel Co., San Pedro, Calif.; and commissioned on 5 May 1944, Cmdr. Harold F. Fultz in command. 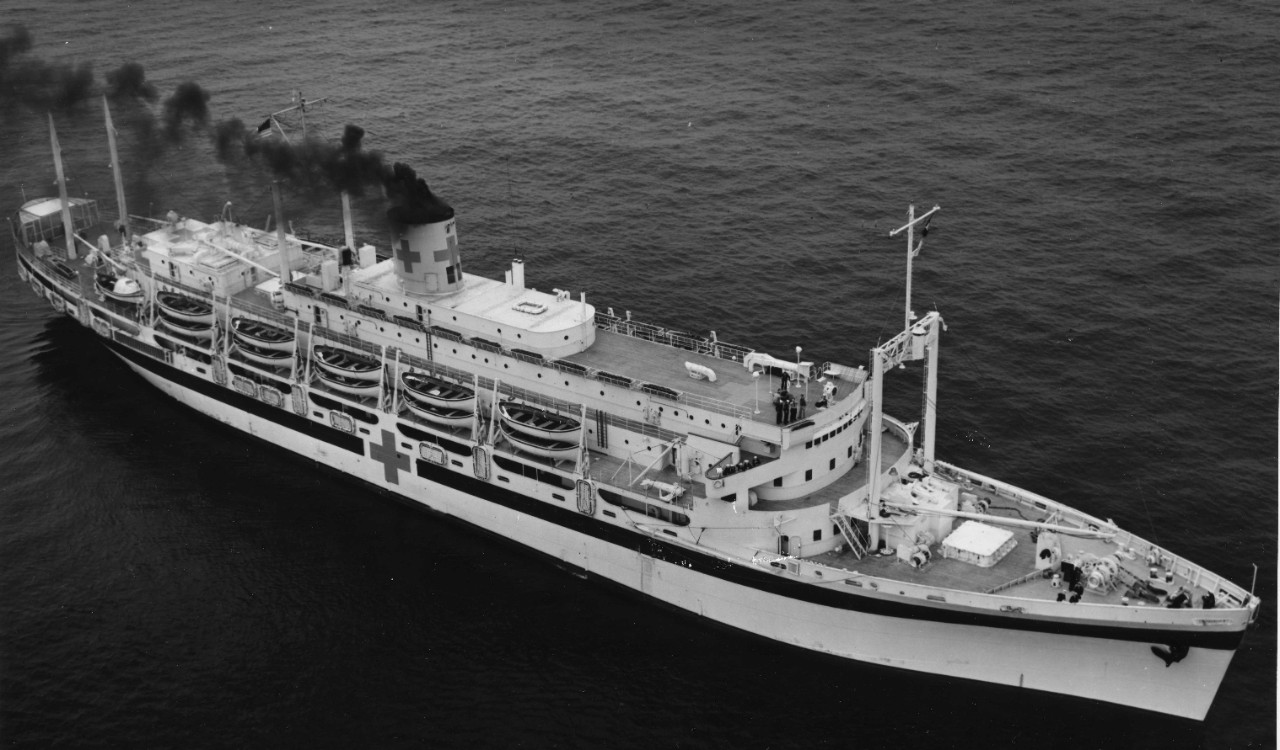 Download
Caption: Comfort, 30 May 1944, painted in Outside White (Formula 6), with a 5-foot Green (Formula 12) band painted around her hull, the upper edge following the sheer line of the ship’s main deck. Red (Formula 40) crosses “as large as practicable” amidships on the hull and on the stack “so as to show ahead, astern, and on each side.” (U.S. Navy Bureau of Ships Photograph BS 66300, National Archives and Records Administration, Still Pictures Division, College Park, Md.)

Comfort operated throughout World War II with a Navy crew and Army medical people. She sailed from San Pedro, on 21 June 1944 for Brisbane, Australia, and Hollandia, New Guinea. Operating from Hollandia the hospital ship evacuated wounded from Leyte, Philippine Islands, on two voyages in October and November 1944 and then brought patients back to San Pedro, Calif., in December. Returning by way of Leyte, Comfort reached Hollandia on 6 February 1945. Following a voyage to Subic Bay and Lingayen Gulf, Luzon, for evacuees in March, the hospital ship stood by off Okinawa from 2 to 9 April, receiving wounded for evacuation to Guam. Returning to Okinawa on 23 April, she was crashed by a Japanese suicide plane on the 28th that killed 28 persons (including six nurses), and wounded 48 others, and caused considerable damage. After temporary repairs at Guam Comfort sailed for Los Angeles, Calif., arriving on 28 May. 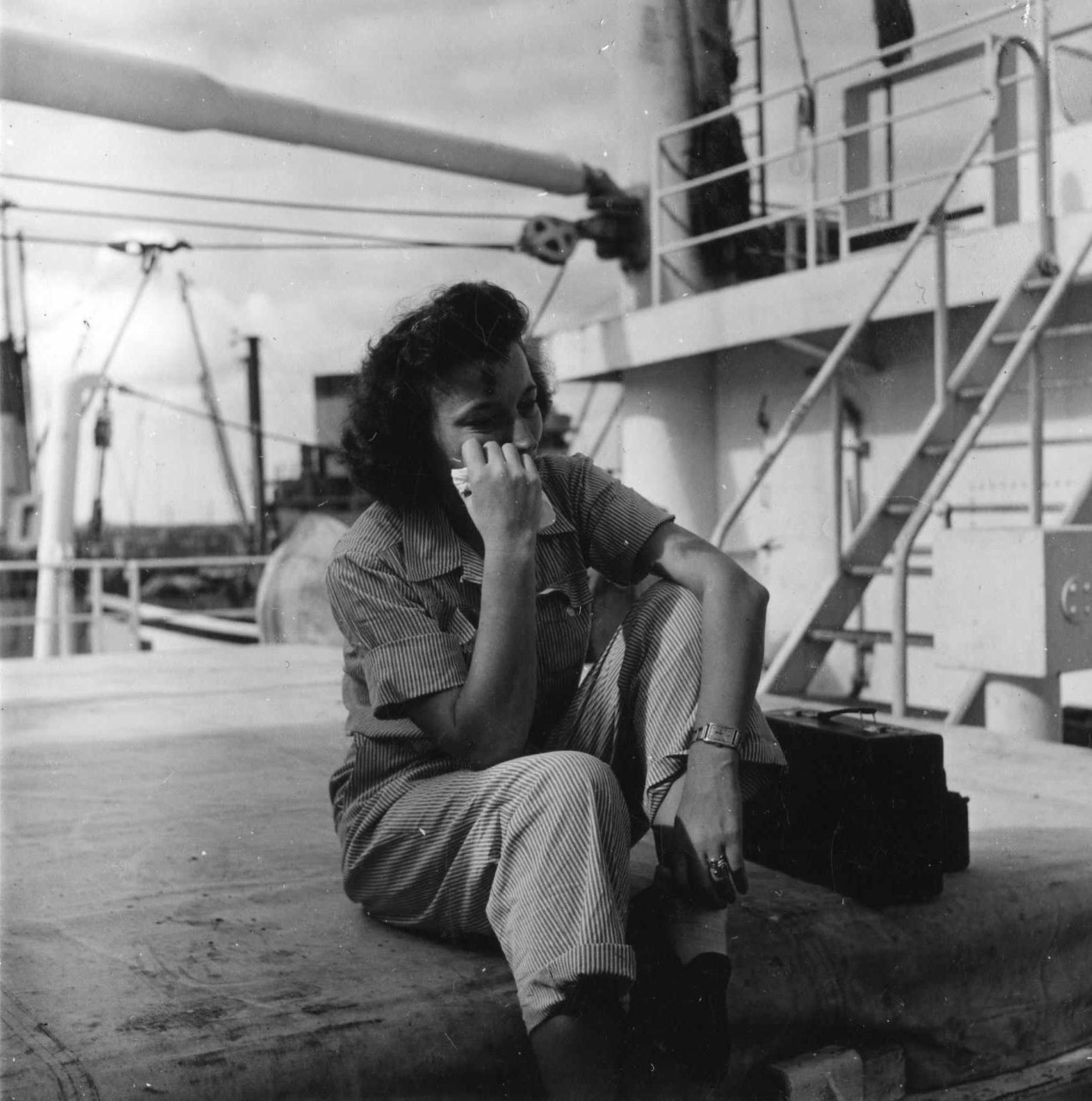 Comfort arrived in Subic Bay on 5 September 1945 and until 11 October served as station hospital ship. Following a voyage to Okinawa, she sailed for home by way of Yokohama, Japan, and Guam, reaching San Pedro, Calif., on 11 December. She made another voyage to Manila, Yokohama, Inchon, Korea, and Okinawa between 1 January and 4 March 1946 before being decommissioned at San Francisco on 19 April 1946. She was transferred to the Army at 1100 the same day.

Comfort was placed in the Hudson River group of the Reserve Fleet at 1400 on 25 November 1949, and was declared surplus to the Maritime Commission on 18 December 1949.

Loaned to the Maine Maritime Academy, Comfort was removed from the Hudson River group at 1145 on 24 August 1953. Renamed State of Maine, she served as a training ship for nearly a decade, until returned to the Reserve Fleet, being placed in the Beaumont, Texas, group at noon on 28 June 1962. The vessel remained inactive until purchased by the Southern Scrap Material Co., Ltd., on 17 April 1967. She was removed from the Reserve Fleet at 1210 on 2 October 1967.

Comfort received two battle stars for her World War II service, for her participation in the Leyte (24 October 1944) and Okinawa (2–25 April 1945) campaigns.