Formerly a leading tribe of the Carolinas and the most important of the eastern Siouian tribes; the Catawba aided the colonists in the Tuscarora War of 1711-1715, in the French and Indian War, and in the defense of South Carolina against the British during the Revolutionary War.

On 12 October 2000 Cole (DDG-67) was attacked by al-Qaeda operatives in a maritime suicide bombing in the harbor at Aden, Yemen. The attack killed 17 sailors and left a 40-foot hole in the ship’s hull. Catawba towed Cole out of Aden harbor so that the vessel could be returned to the United States for the requisite repairs to return her to service. 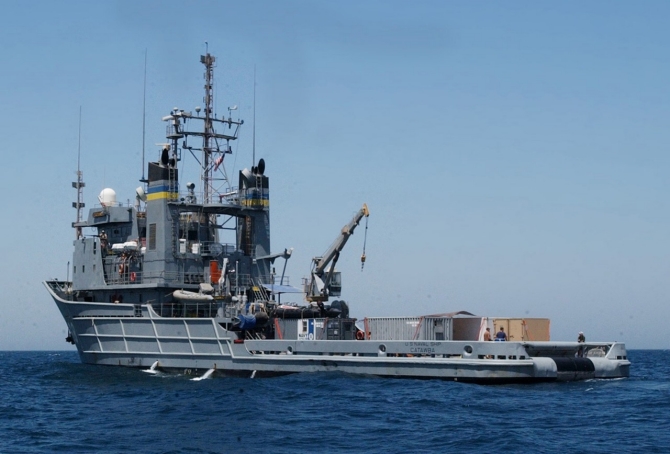 From 12-14 May 2008 Catawba participated in Exercise Goalkeeper III in the Persian Gulf. The three-day exercise focused on maritime security operations and provided coalition forces an opportunity to work together and exercise their ability to locate and track various contacts, conduct visit, board, search and seizure operations as well as command and control functions. The exercise included partners from Bahrain, New Zealand, the United Kingdom, the U.S. and other regional countries. 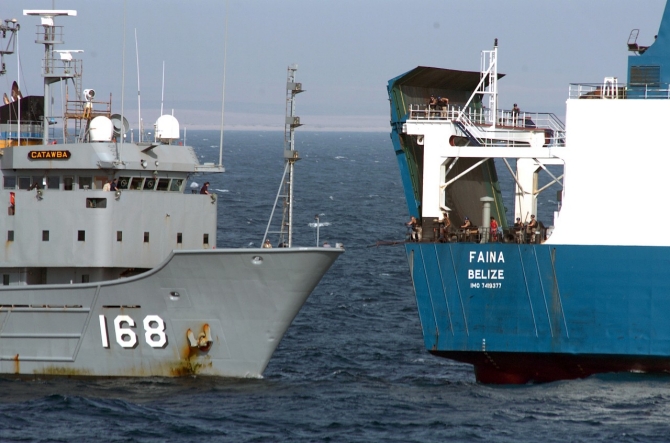 Catawba provides fuel and fresh water to Motor Vessel Faina following her release by Somali pirates on 5 February 2009 after holding her for more than four months. The Belize-flagged cargo ship was owned and operated by Kaalbye Shipping Ukraine and was carrying a cargo of Ukrainian T-72 tanks and related equipment. The ship was attacked on 25 September 2008 and forced to proceed to anchorage off the Somali Coast. (Mass Communication Specialist 1st Class Michael R. McCormick, U.S. Navy Photograph 090206-N-3931M-087, Navy.mil Photos). 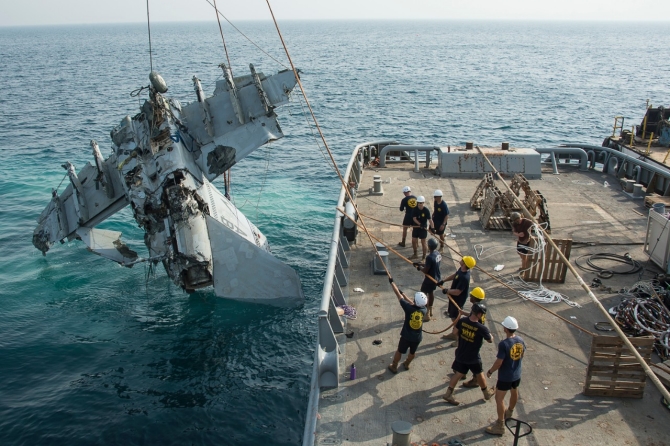