A star in the constellation Canum Ven.

For the next 30 years, Evelyn operated between ports on the eastern seaboard of the United States and the West Indies, carrying passengers and freight. During World War I, she was inspected in the Third Naval District on 9 January 1918 for possible naval service and was assigned the identification number [Id. No.] 2228. Not taken over, Evelyn remained a merchantman, and received a Navy armed guard that served her guns between 31 January and 11 November 1918.

Acquired by the Maritime Commission’sWar Shipping Administration at 7:00 p.m. on 8 February 1942 under a bare boat charter from the Bull Line, Evelyn was immediately turned over to the Navy, renamed Asterion, and classified as a cargo ship, AK-100. That designation, however, was strictly a cover, for Asterion, like her sister ship Atik (AK-101) (ex-Carolyn) was to pursue the far more dangerous occupation of a “Q-ship.” While that ruse de guerre had worked moderately well in the World War, it was at best a stop-gap measure adopted to attempt to deal with the rash of sinkings of unescorted (and often unarmed) merchantmen in U.S. coastal waters that had begun on 11 January 1942 when Operation Paukenschlag (literally, “roll of the kettledrums”), in the form of five German U-boats, had descended upon the Eastern Seaboard.

After brief sea trials, Asterion sailed for her assigned patrol area on 23 March 1942 in company at the outset with her sister ship Atik. The mission assigned each ship was to sail under the guise of a “tramp” steamer, proceeding independently, in the hope of luring a U-boat to the surface and destroying the submarine with gunfire before she could realize what was happening. Once out at sea, the two vessels parted company.

One day out, Asterion picked up a submarine contact on her underwater detection gear. Two days later, however, her radio picked up an ominous transmission. “Carolyn” [Atik] had been torpedoed. Then, after luring her assailant, U-123 (Kapitänleutnant Reinhard Hardegen, commanding) to the surface with her “tramp” steamer guise, Atik had engaged the U-boat with gunfire, but succeeded only in wounding Fähnrich zur See Rudi Holzer on the submarine’s bridge before the German captain broke off the action and cleared the area to await nightfall and a second crack at the Q-ship. U-123 delivered the coup de grace that evening, and Atik exploded and sank. Asterion plodded immediately to Atik’s assistance; but, when she arrived on the scene, found only wreckage. Not a soul in Atik’s crew had survived.

Arriving at Norfolk, Va., on 31 March 1942, Asterion set out for her second cruise on 4 April, and that afternoon witnessed the torpedoing of the tanker Comol Rico by U-154 (Kapitänleutnant Walther Kölle), on her second war patrol. The destroyer Sturtevant (DD-240) arrived on the scene shortly thereafter and rescued the 39 survivors from Comol Rico, after Asterion had picked up a sound contact. Operating off Cape Hatteras, N.C., 10 days later [14 April], Asterion rescued the 55 men of the crew of the British freighter Empire Thrush (George Fisk, Master) – that had been torpedoed by U-203 (Kapitänleutnant Rolf Mutzelburg) about eight miles north of Diamond Shoals, N.C . Reaching NOB Norfolk soon thereafter, Asterion disembarked the merchant mariners that she had rescued, cautioning them not to divulge anything about the character of the ship that had picked them up. 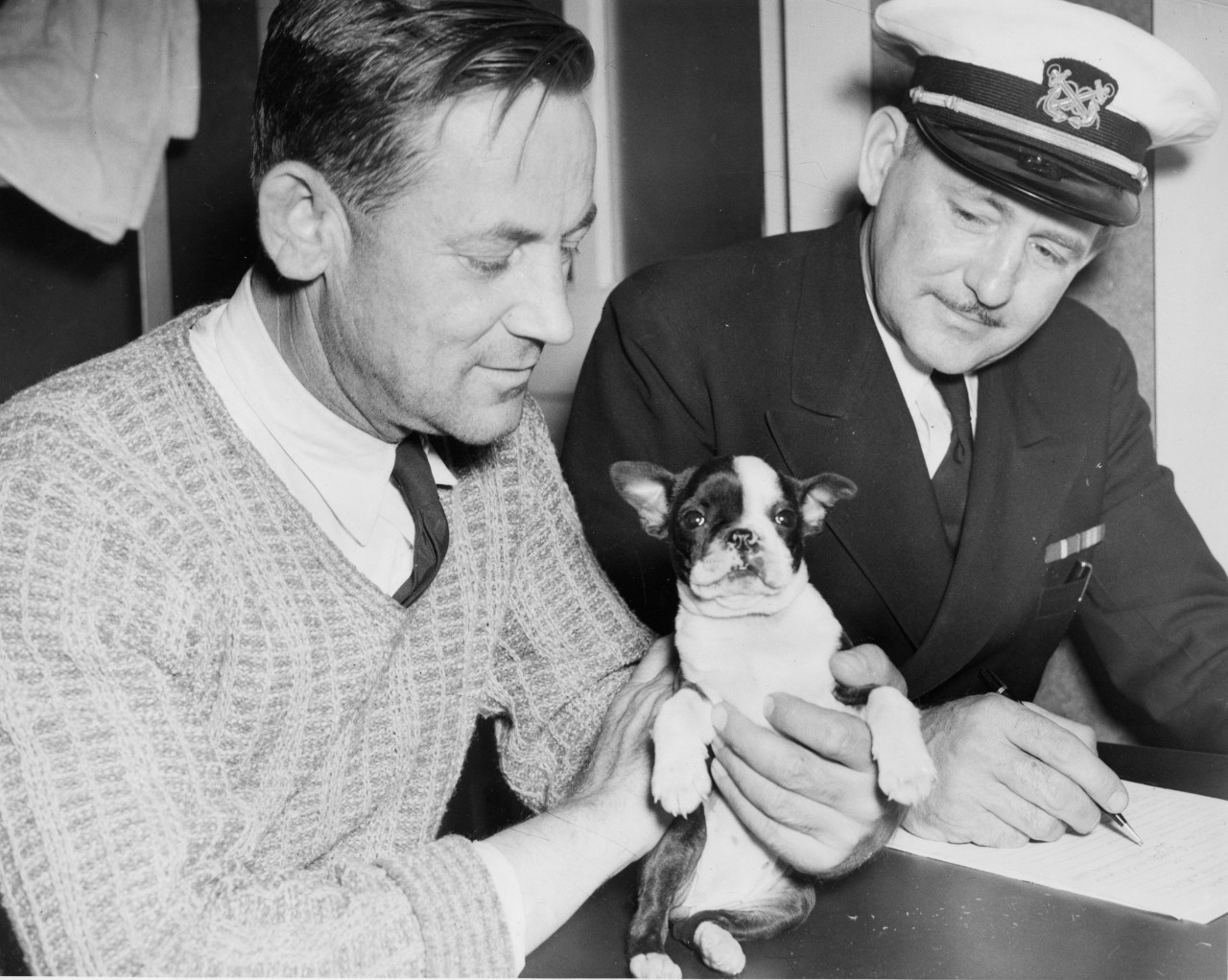 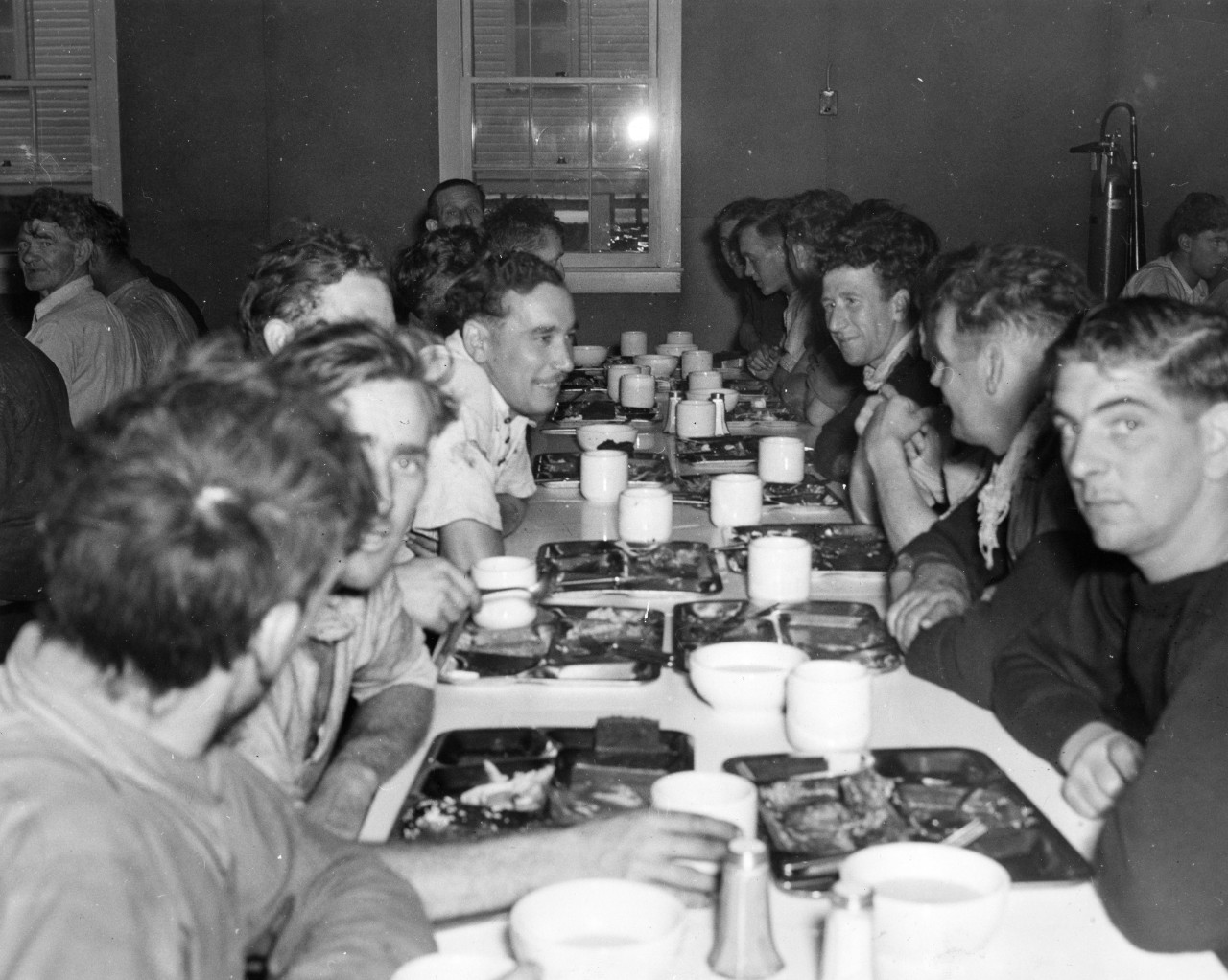 Asterion’s third cruise commenced on 4 May 1942 from New York, and she sailed between Key West and Norfolk, proceeding as an independently routed merchantman or as a straggler from a convoy.

Her fourth cruise commenced on 7 June 1942, and, due to increased submarine activity in the Gulf of Mexico, the Q-ship set course for those dangerous waters. Clearing New York, she sailed down the eastern seaboard, transited the Straits of Florida on 11 June, passed the Dry Tortugas on 14 June; and then steamed to the Yucatan Channel. After reversing course, she moved to the Mississippi River Delta whence she continued on a westerly course toward Galveston, Tex. She then returned to New York, and arrived there on 6 July.

Departing New York a fortnight later, Asterion steamed directly to Key West and then operated north of the Bahamas to the Windward Passage. Returning to New York on 18 August 1942, Asterion sailed at the end of the month for her sixth cruise, which took her through the waters that she had traversed on the fifth patrol. On 25 September, she was re-designated AK-63. Commencing her seventh cruise on 18 November, the ship proceeded to Key West and, while there, carried out exercises on 30 November with a friendly submarine.

On 2 December 1942, Asterion got underway for the British West Indies and, steaming via the Old Bahama Channel, followed the convoy route to Trinidad, patrolling to the westward of Aruba, in the Dutch West Indies. Departing Trinidad on the day after Christmas the ship headed home and arrived at New York on 10 January 1943.

Over the next few months, Asterion underwent an extensive overhaul, involving the strengthening of her whole structure and modification of her armament. Steaming to New London, Conn., on 4 September, Asterion operated with U.S. submarines, in training. After returning briefly to New York (18-20 September), she resumed her training out of New London before proceeding back to New York for post-shakedown availability. During the ensuing weeks, however, on 14 October 1943, Adm. Ernest J. King, Commander in Chief U.S. Fleet (ComInCh) and Chief of Naval Operations, decided that, since the Q-ship effort had achieved nothing, Asterion – purchased outright by the Navy at noon on 27 September 1943 -- should be assigned to other duties. On 16 December 1943, the venerable auxiliary was ordered to proceed to Boston, Mass., where she reported to the Commandant, First Naval District, for transfer to the Coast Guard.

Turned over to that service and commissioned by it at Boston on 12 January 1944, Asterion (given the designation WAK-123) was converted for service as a weather ship. Ten days later, on 22 January 1944, her name was stricken from the Navy Register. Based at Boston, Asterion performed duty as a weather patrol ship on Atlantic Stations 3 and 4 until decommissioned on 20 July 1944 because of “age, condition of hull and machinery, and lack of speed.”

The Navy returned the vessel to the Maritime Commission (who still carried her as Evelyn) on 1 March 1946 and she was sold, for scrap, to the Boston Metals Co. almost a fortnight later, on 14 March.