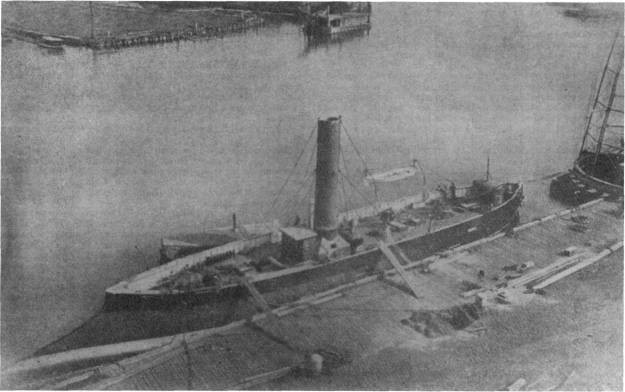 Alarm, an experimental torpedo boat constructed at the New York Navy Yard, was launched on 13 November 1873 and commissioned in 1874.

Designed and constructed specifically for the experimental work of the Bureau of Ordnance, Alarm served that purpose at Washington, D.C., until 1877 when she moved north to Newport, R.I., to conduct experiments at the torpedo station. She returned to Washington the following year and resumed special service. In 1880, she began a tour of experimental work at New York which she carried out until she was laid up at Norfolk, Va., in 1883. However, she resumed her research duties at New York in 1884 and served there until she was placed out of commission in 1885 and berthed at New York.