The gun type signal light, also called a blinker tube or signal gun, was one of the nighttime communication tools available to ships during World War II. It is a smaller, more portable version of the ship-mounted searchlight. Its smaller size meant that it would take up less room on smaller vessels, such as patrol boats (PT), and could be easily transported by landing parties while going ashore. The shoulder-mounted design made it easier to aim at the target and offered a more discreet light beam than the shipboard search light. It could be directly aimed and focused via the aperture thus concealing the signal and position of the ship sending the signal. Signal lights could be used when radio silence was being observed or there was the possibility of intercept by an enemy outpost. 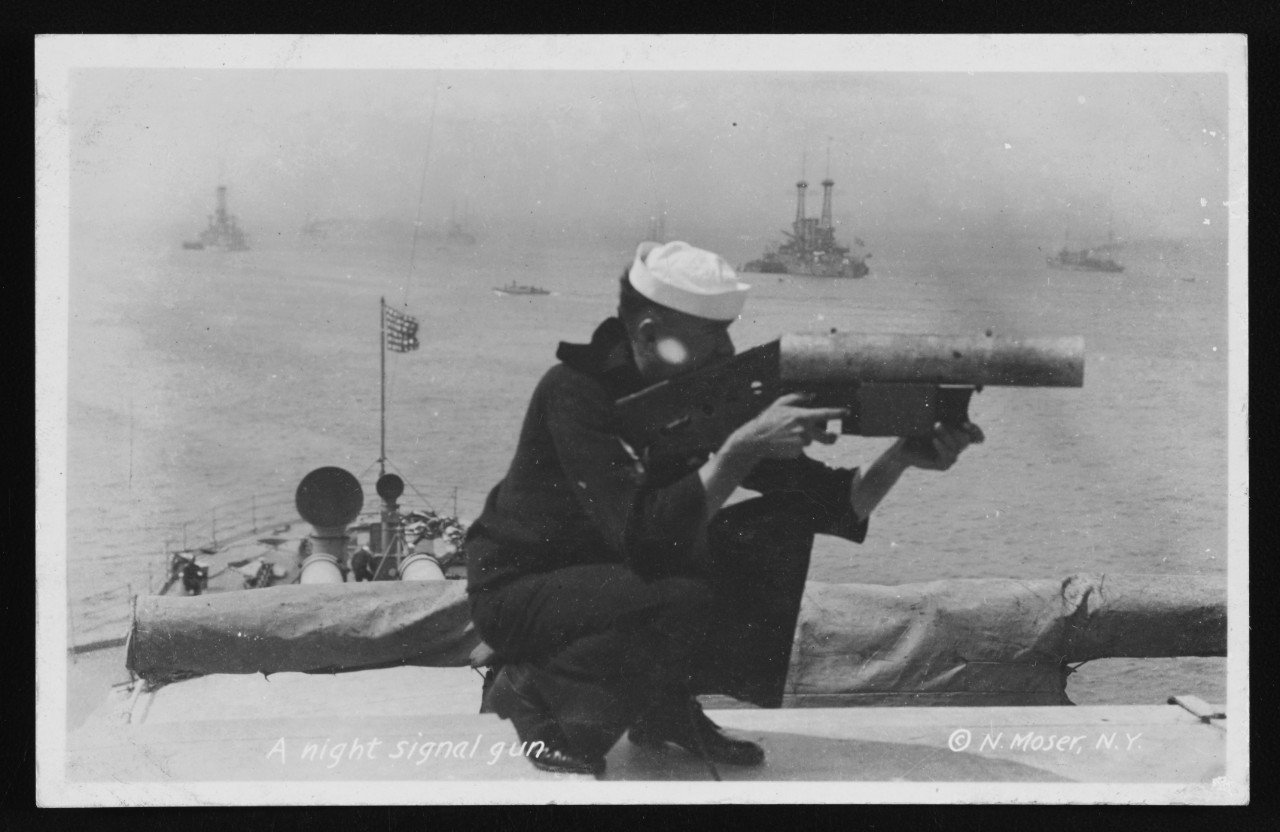 Like other shipboard visual communication systems, this method used the international Morse alphabet to communicate messages. Morse code is defined by a series of dots and dashes. On the blinker tube, a pull of the trigger will turn on the light. A quick pull on the trigger would simulate a dot and a longer pull would simulate a dash. The tab with the pinhole and glass on the rear of the tube would allow the Signalman using the light to see the light as he pulled the trigger.

This light came from PT-361 after it served in the Philippines during World War II. 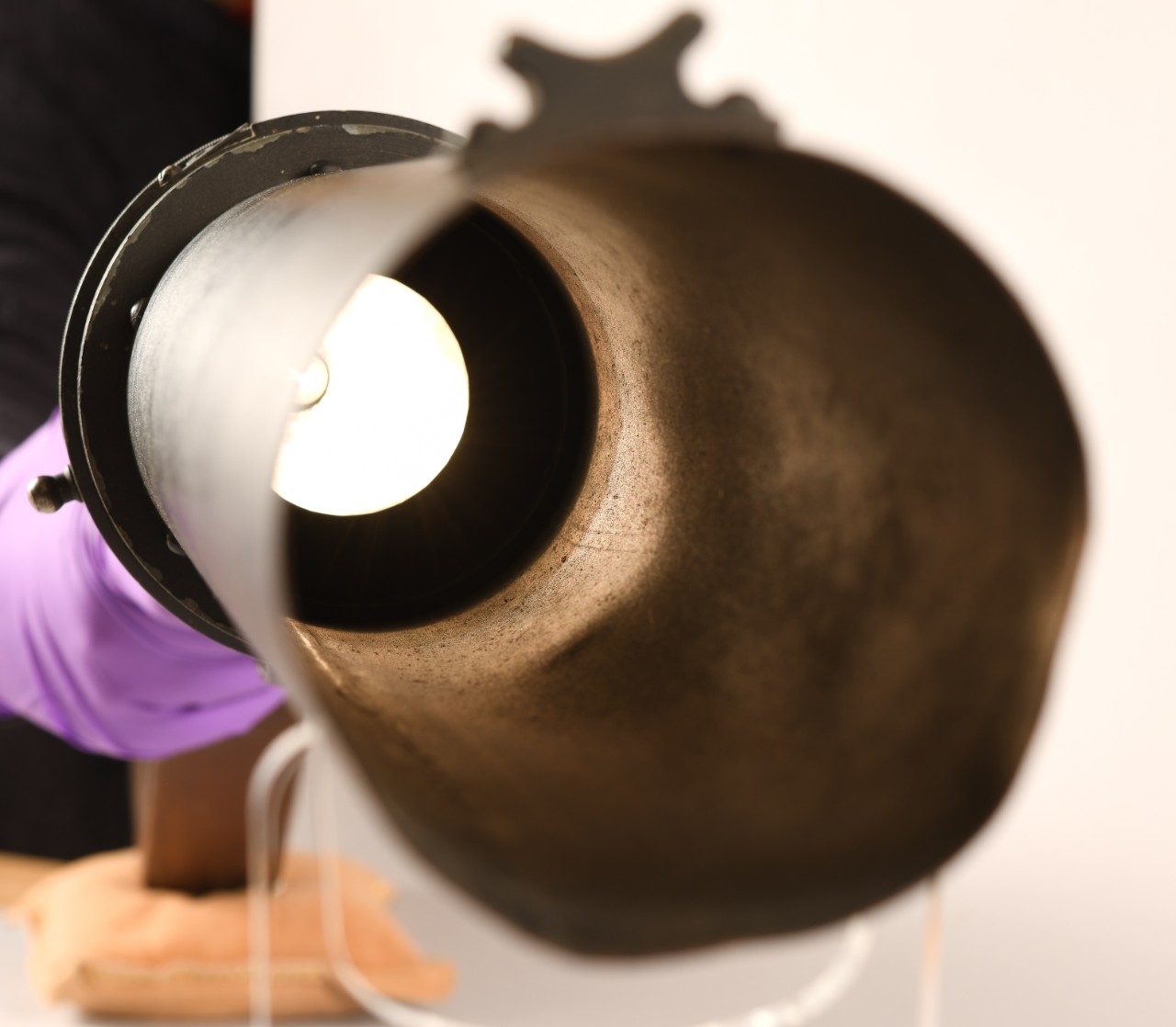 The light consists of an aluminum tube painted black on both the exterior and interior. Partway down the tube is a gage that controls an aperture inside the tube. The tube can be disassembled into the front tube, aperture gage, and rear tube. The top of the rear tube is stenciled in white paint "USN / 1059." On the underside of the tube is a trigger and trigger housing. The rear exterior of the tube is metal-stamped 9-S-4240-L. A squared-off wood buttstock extends out from the rear of the tube, secured in place by three screws. At the end of the buttstock is a black-painted aluminum butt plate that conceals the battery compartment. The butt plate has a triangular concave shape allowing for a more comfortable fit against the user’s shoulder. There is a winged sight at the front end of the tube, painted black, and secured in place by two screws. The bulb is mounted at the rear of the tube. There is a small tab on the front end of the rear tube with a pinhole in it. Behind the pinhole is a piece of glass that opens to the reflective chamber where the bulb is located.