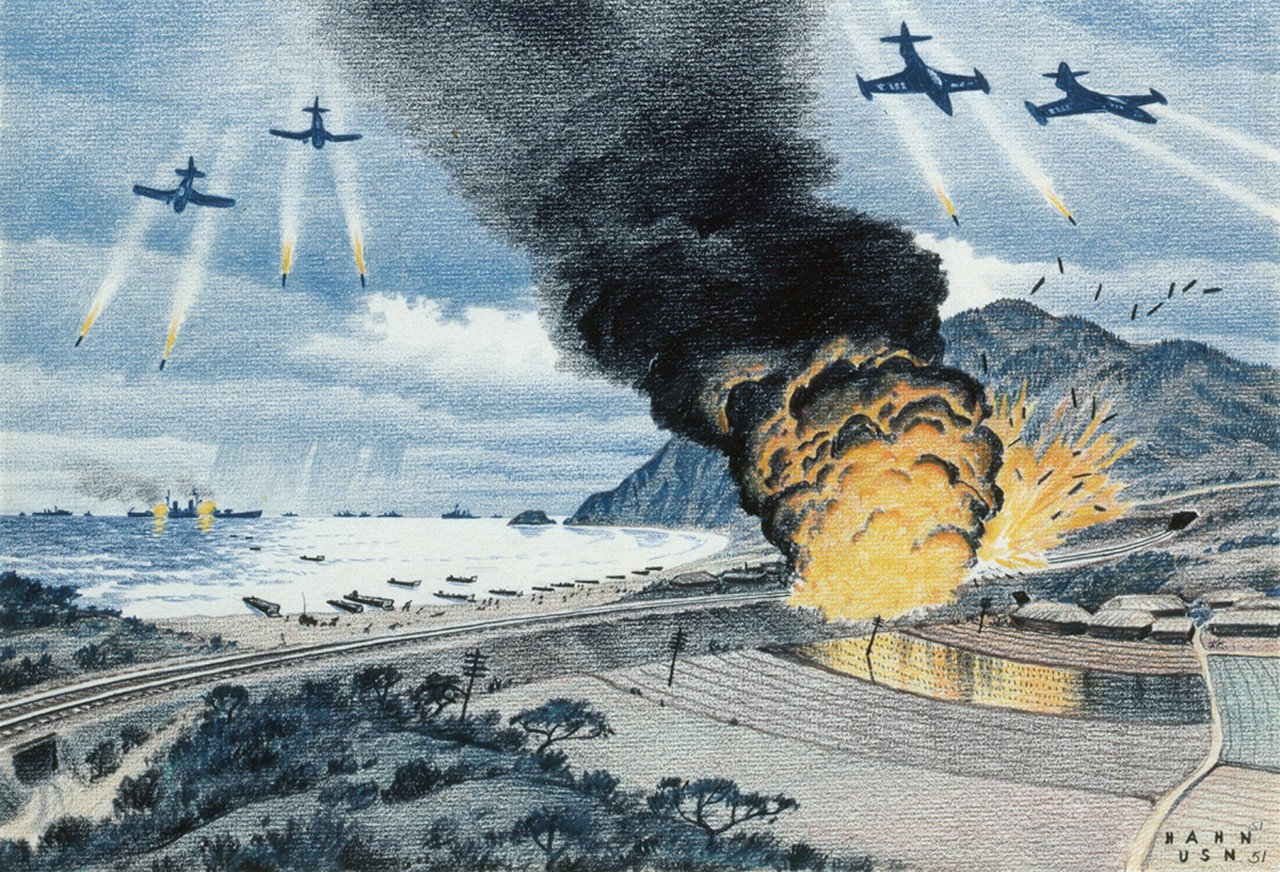 Throughout the Korean War, the United States Navy provided substantial assistance to land operations. Planes from carriers gave air support to combat operations and destroyed factories, power stations, supply trains, and other targets that interrupted supplies to the Communist army. Big guns on ships, such as the 16-inch guns on USS New Jersey, also fired on inland targets. Along the coast, minesweepers worked to keep harbors clear for Allied operations. Most importantly, Navy ships provided platforms for coastal operations, such as the invasion at Inchon and the evacuation of thousands of encircled troops from the city of Hungnam.