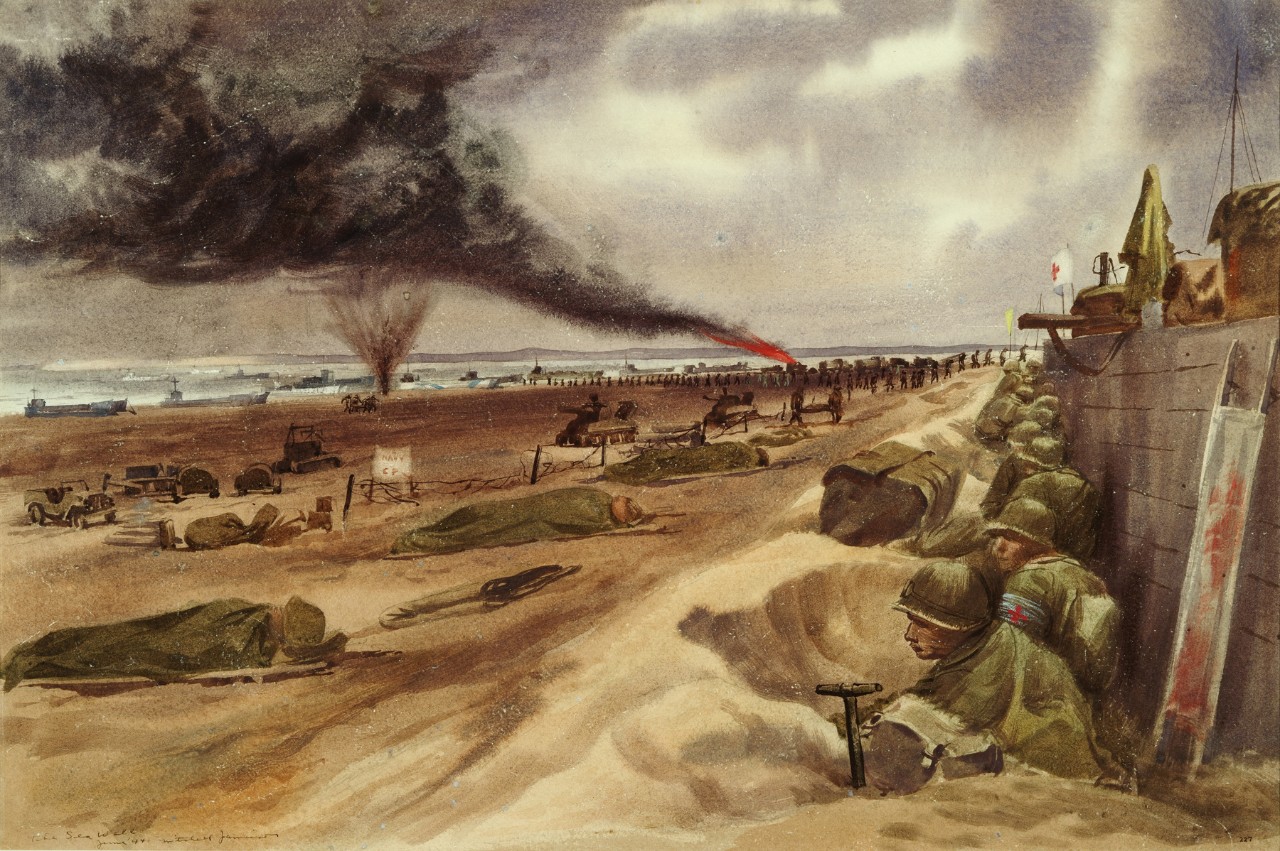 This is a scene at the easternmost section of the two beaches taken by American forces at about three in the afternoon of D-Day. All along the seawall, which extends a considerable length of the beach, men have dug themselves in, hospital corpsmen, beach battalion members, anyone whose work is on the beach itself. The beach first aid station is a short way down from here and wounded and dead lie in the sand in front of the sea wall.  An enemy battery from some invisible point sends shells has hit an ammunition truck and is burning at the beaches' far end.