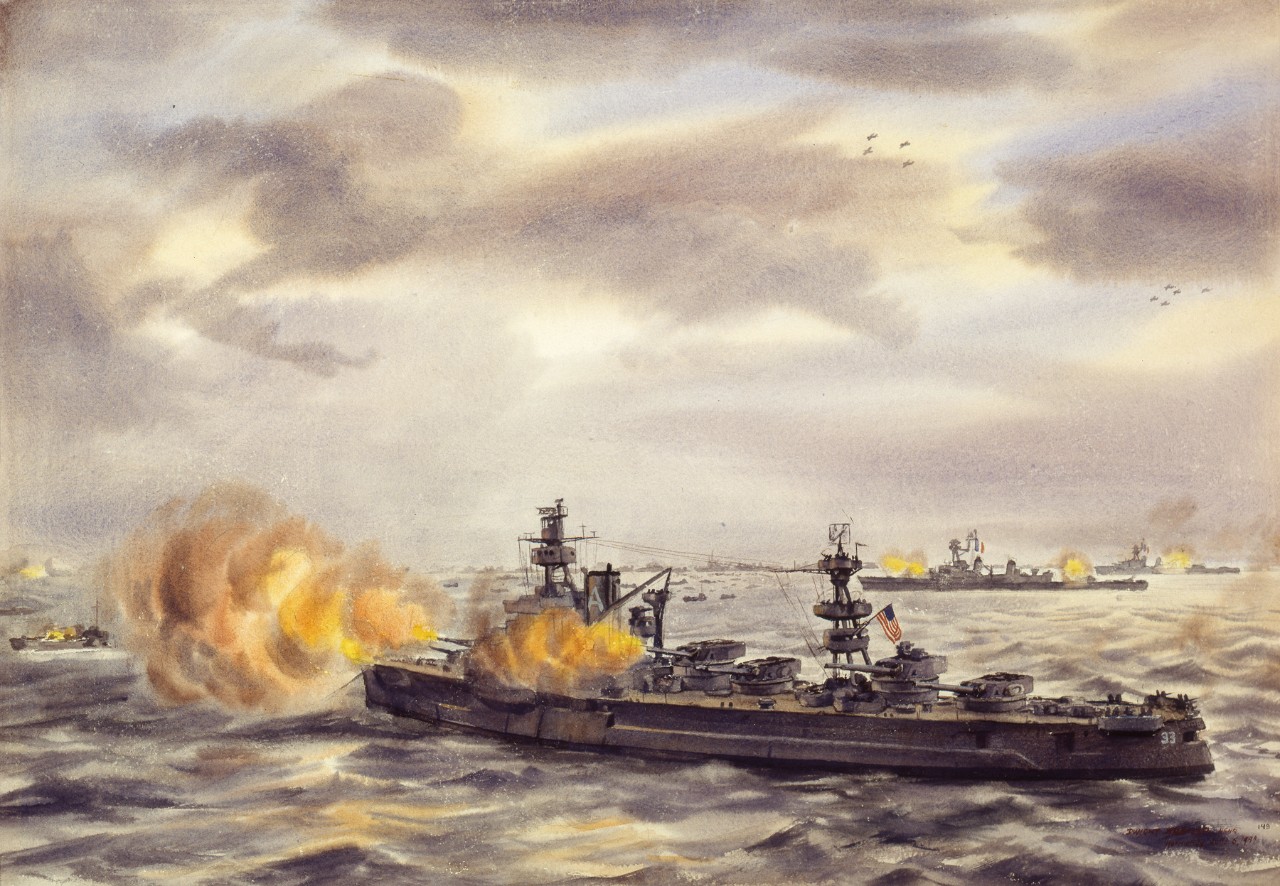 D-Day morning broke over the Normandy coast to find the elderly battleship USS Arkansas (BB-33), conscientiously banging away at the beachhead with her main battery guns.  To seaward the French Cruisers “George Leygues” and “Montcalm”, flying extremely large battle flags, sent explosive shells to their captive homeland.  Assault waves of landing craft streamed toward the beaches while attack transports filled the horizon.  This was the way the “Arkie" was seen through binoculars from the bridge of the USS Emmons (DD-457) at a bombardment station farther inshore.