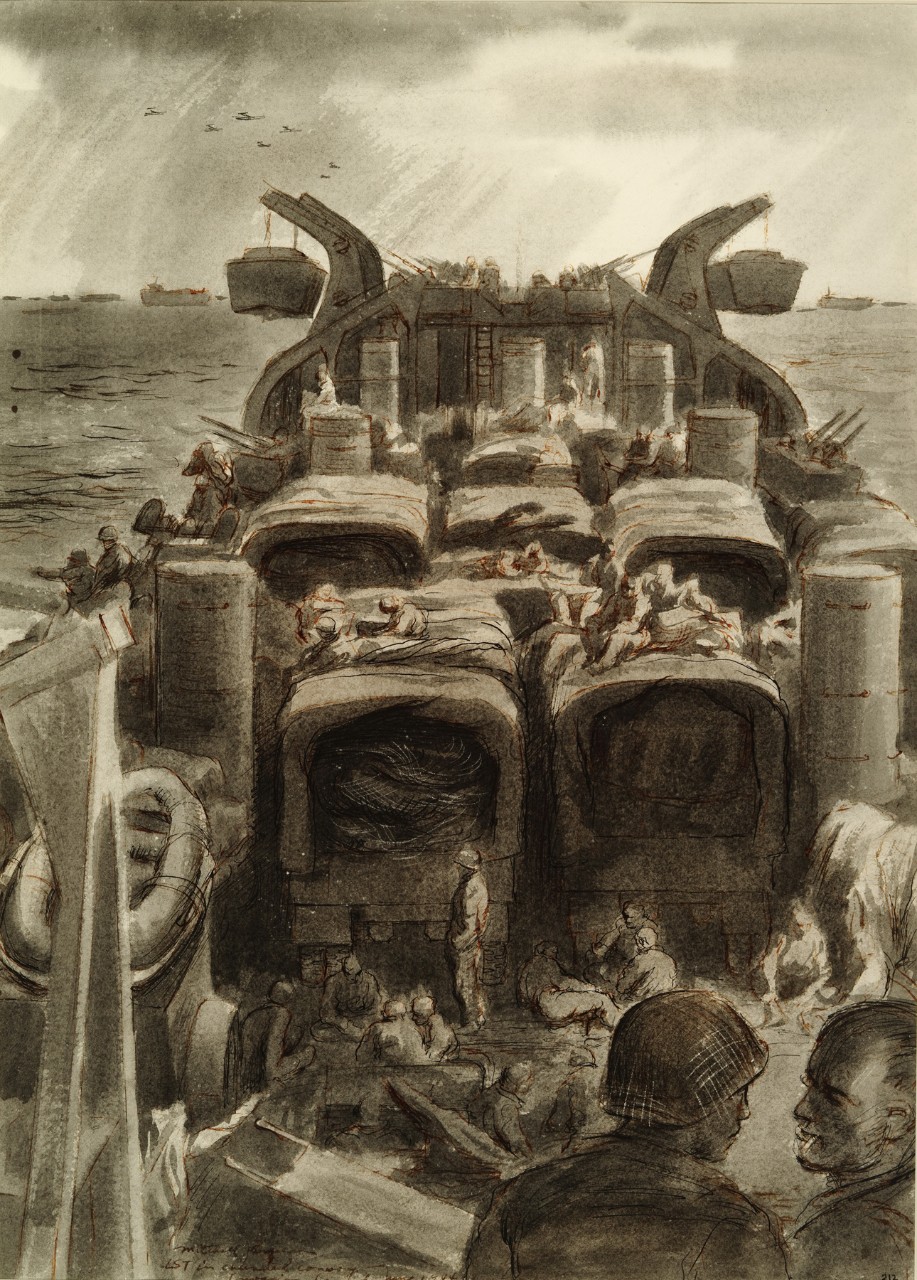 The men in this LST are still 2 days away from the invasion.  As the viewer looks forward from the bridge, the main deck is down below fully loaded with trucks, anti-aircraft half-tracks, jeeps and trailers. Ahead, off the bow, are other LSTs in the group.  This LST with its mobile anti-aircraft vehicles on deck in addition to the ship's anti-aircraft, can put up a formidable screen of flak.  Trucks carrying supplies and ammunition, with plenty of camouflage netting are seen in the foreground below and there are about the same number of vehicles down on the tank deck.