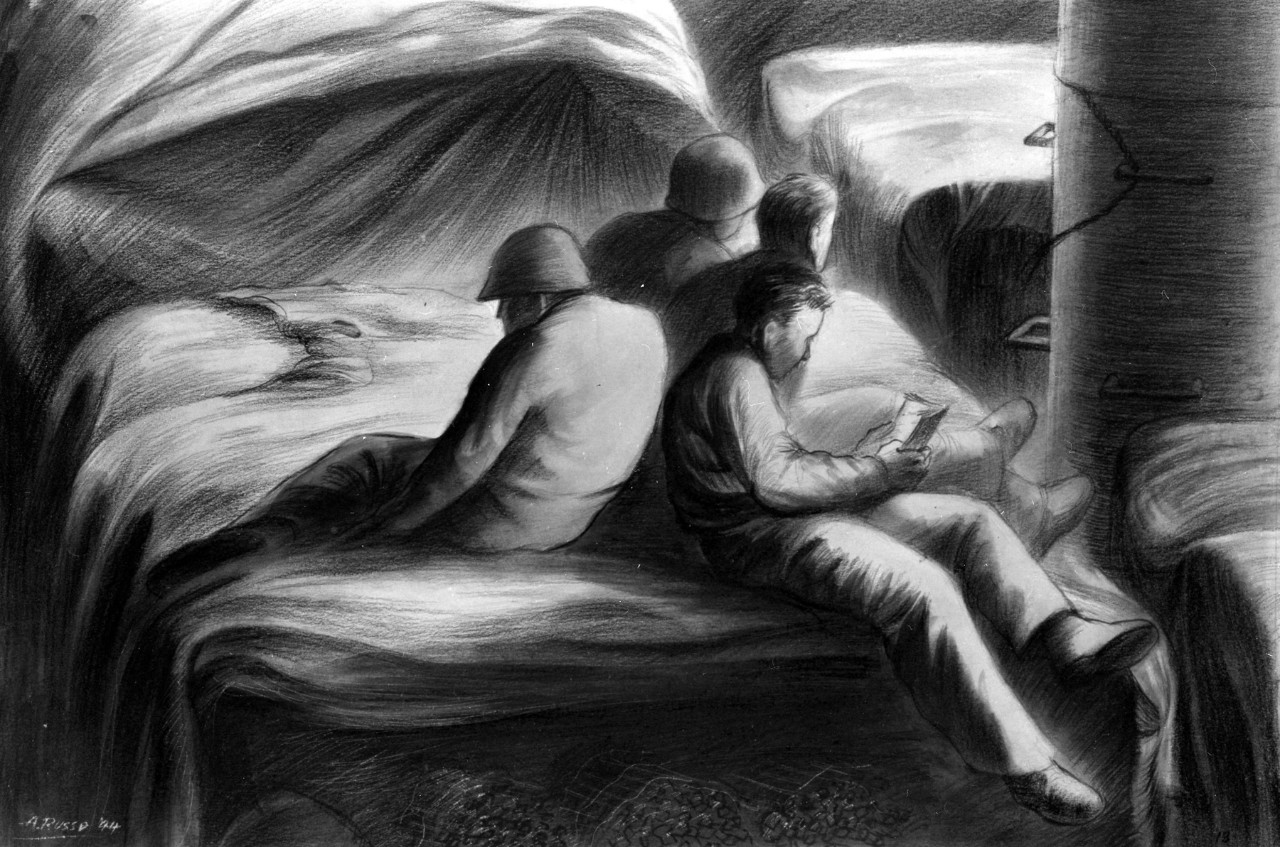 Once the invasion troops were loaded onboard their transports and the fleet was underway, the crossing to the Normandy beaches took hours.  With nothing to do below decks, the troops read books and magazines, played various card and dice games, wrote letters home, talked to buddies, or just did whatever came to mind.  With the prospect of the next morning’s landing prominent in their minds, it is doubtful if many of the troops slept much on the night of 5-6 June 1944.