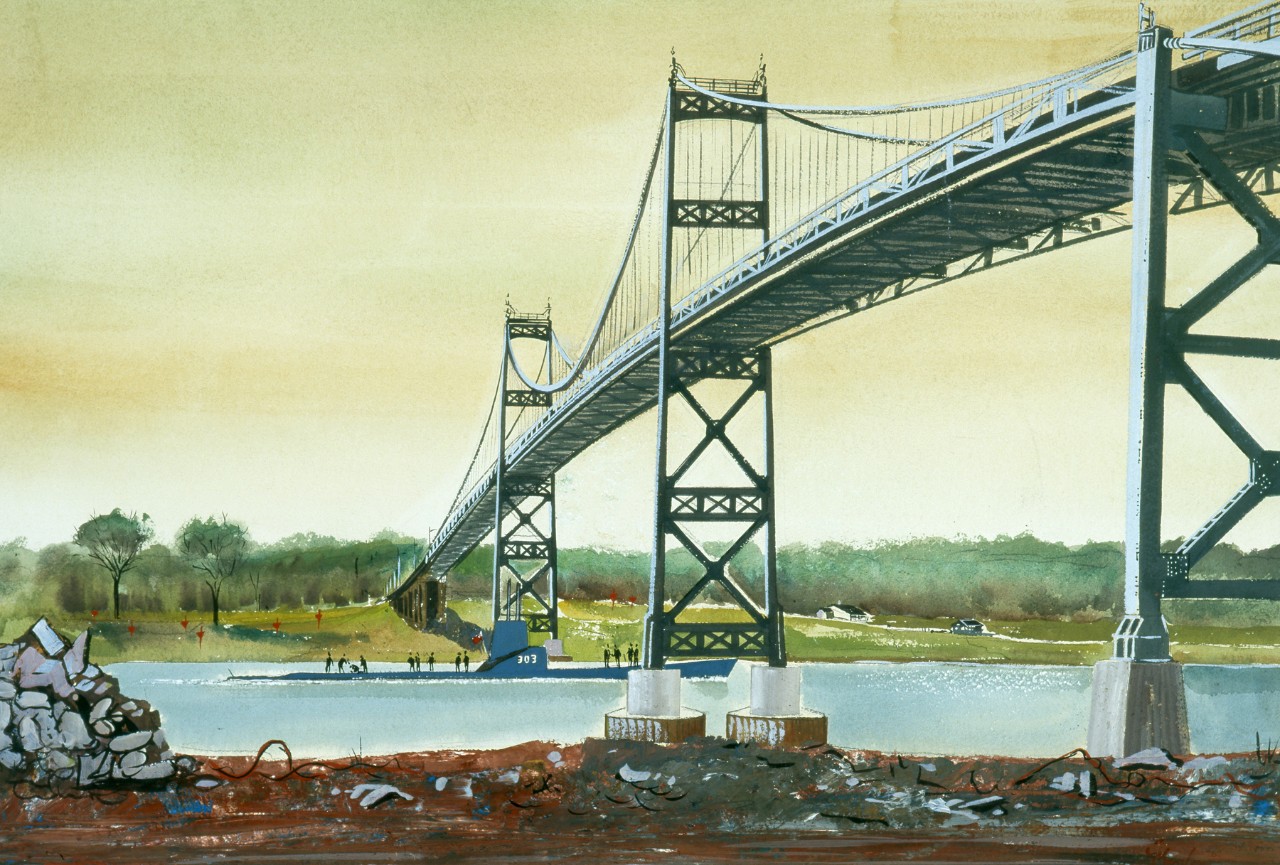 Swiftly USS Sablefish slips under the cable suspension bridge, known as the Three Nations Crossing the connects Cornwall, Canada and Massena, New York.  Looking at Ssblefish from the Canadian bank of the St. Lawrence River, colorful markers of fluorescent red dot are seen on the U.S. shore line.  On deck, the crew wave to the vacationers and residents on both shores of the river as the ship moves toward the Bertrand H. Snell and the Dwight D. Eisenhower locks a few miles upstream.