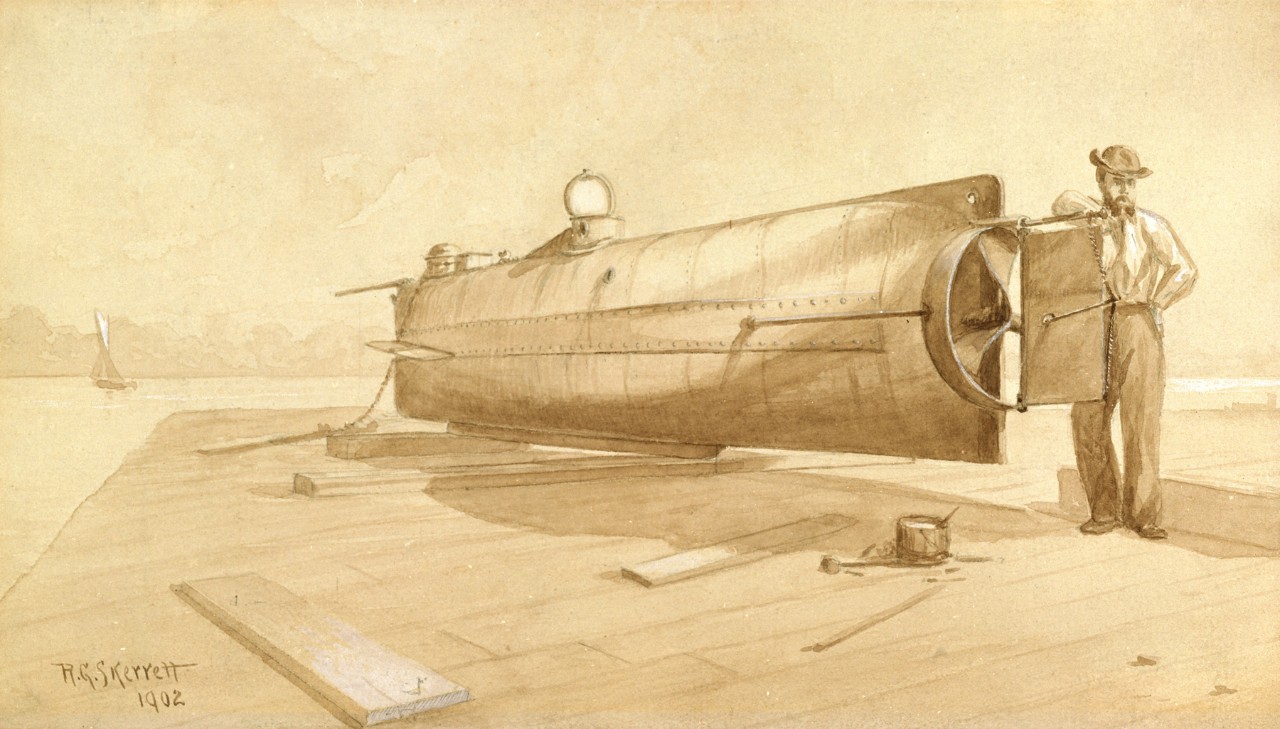 H L Hunley, a small hand-powered submarine, was built privately at Mobile, Alabama, in 1863, based on plans furnished by Horace Lawson Hunley, James R. McClintock and Baxter Watson.  Her construction was sponsored by Mr. Hunley and superintended by Confederate officers W. A. Alexander and G. E. Dixon.  Following trails in Mobile Bay, she was transported to Charleston, South Carolina, in August 1863 to serve in the defense of that port.  On February 17, 1864, she was part of blockade duty off Charleston, approached the steam sloop of war USS HOUSATONIC and detonated a spar torpedo against her side.  The Federal ship sank rapidly, becoming the first warship to be lost to a submarine attack.

However, H L HUNLEY did not return from this mission, and was presumed lost with all hands.  Her fate remained a mystery for over 131 years, until May 1995, when a search led by author Clive Cussler located her wreck.  In August 2000, following extensive preliminary work, H L HUNLEY was raised and taken to a conservation facility at the former Charleston Naval Base.