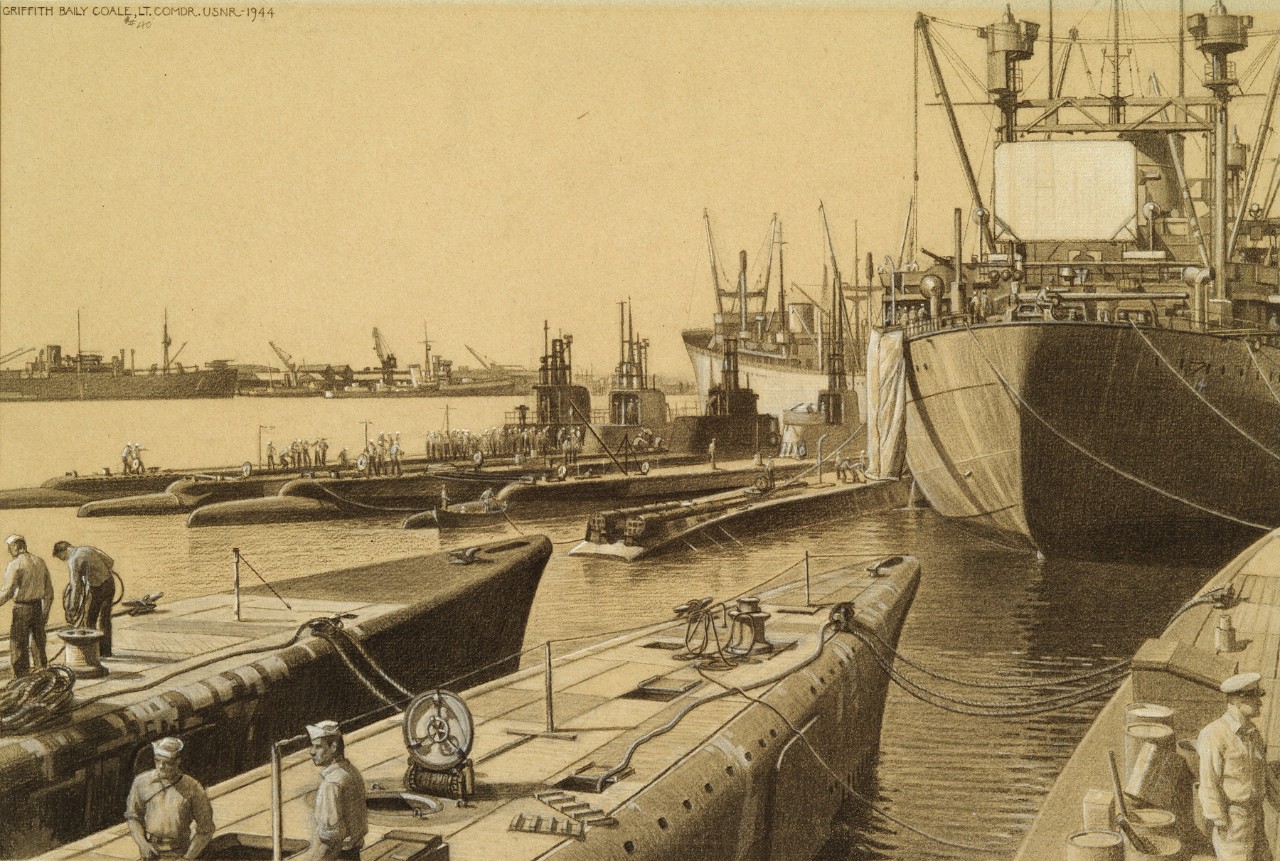 At the narrow mouth of the Swan River, which flows into the Indian Ocean on Australia's western coast, is the port of Fremantle, Australia. Here tenders overhauled submarines. This picture shows the USS Pelias in the midest of her arduous duties, her people swarming over the subs, while their crews were ashore for well-earned leave. Before arriving in Fremantle the USS Pelias was present during the attack on Pearl Harbor and afterwards performed seventy-five complete overhauls of the ships there.