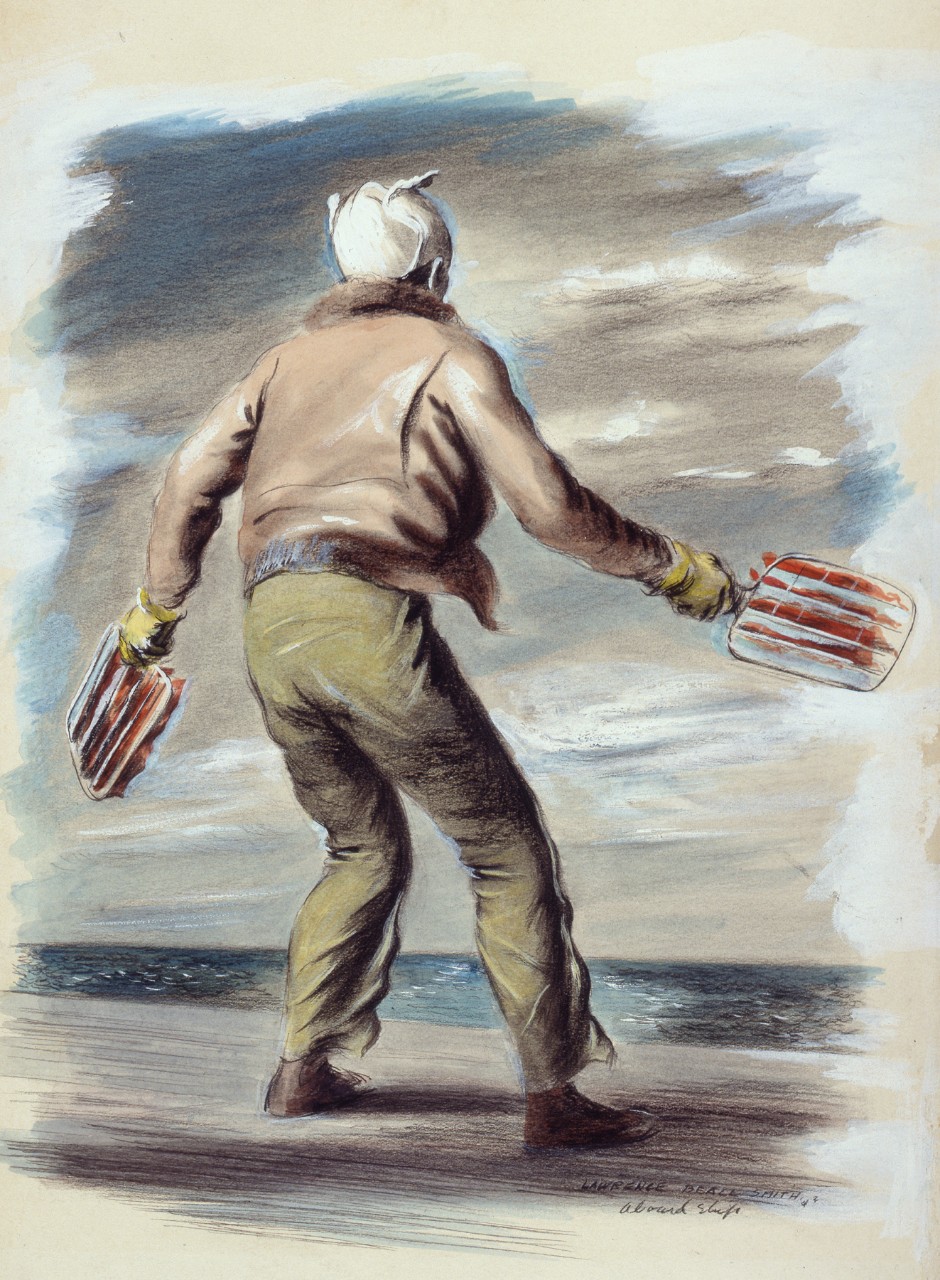 Like an orchestra conductor, the Landing Signal Officer of an aircraft carrier leads his pilots through safe approaches and landings. Here, braced is a 30-knot wind and intent upon the approach of an incoming plane, a carrier "LSO" signals the pilot to come up a bit to improve his landing position. With his signal "paddles", the LSO warns busy fighting pilots against retracted landing gear, failure to lower landing hook, improper altitude, or any of the multitude of factors involved in landing a heavy combat plane on the rolling deck of a carrier at sea.