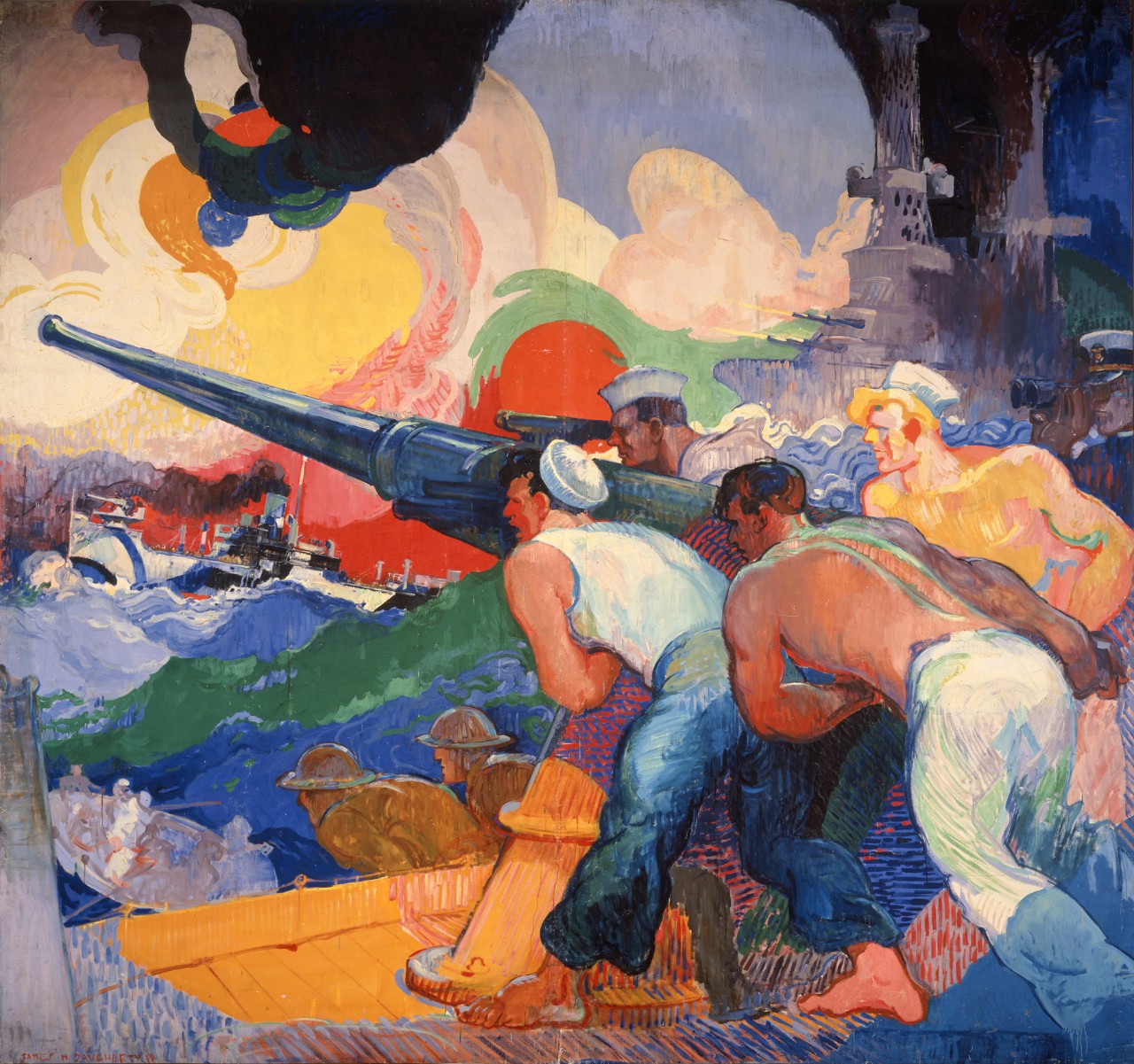 This mural was painted by James Daugherty as part of a public event promoting the Fourth Liberty Bond Drive in front of the New York Public Library on 42nd Street in the fall of 1918.  During the course of the month-long event a number of noted illustrators put their creative technique on display as they painted large scale patriotic scenes for crowds gathered before a large, open ‘Liberty Studio’ in front of the New York Public Library.  The artworks were then displayed in store windows along Fifth Avenue.