Marines Charge Across the Beach 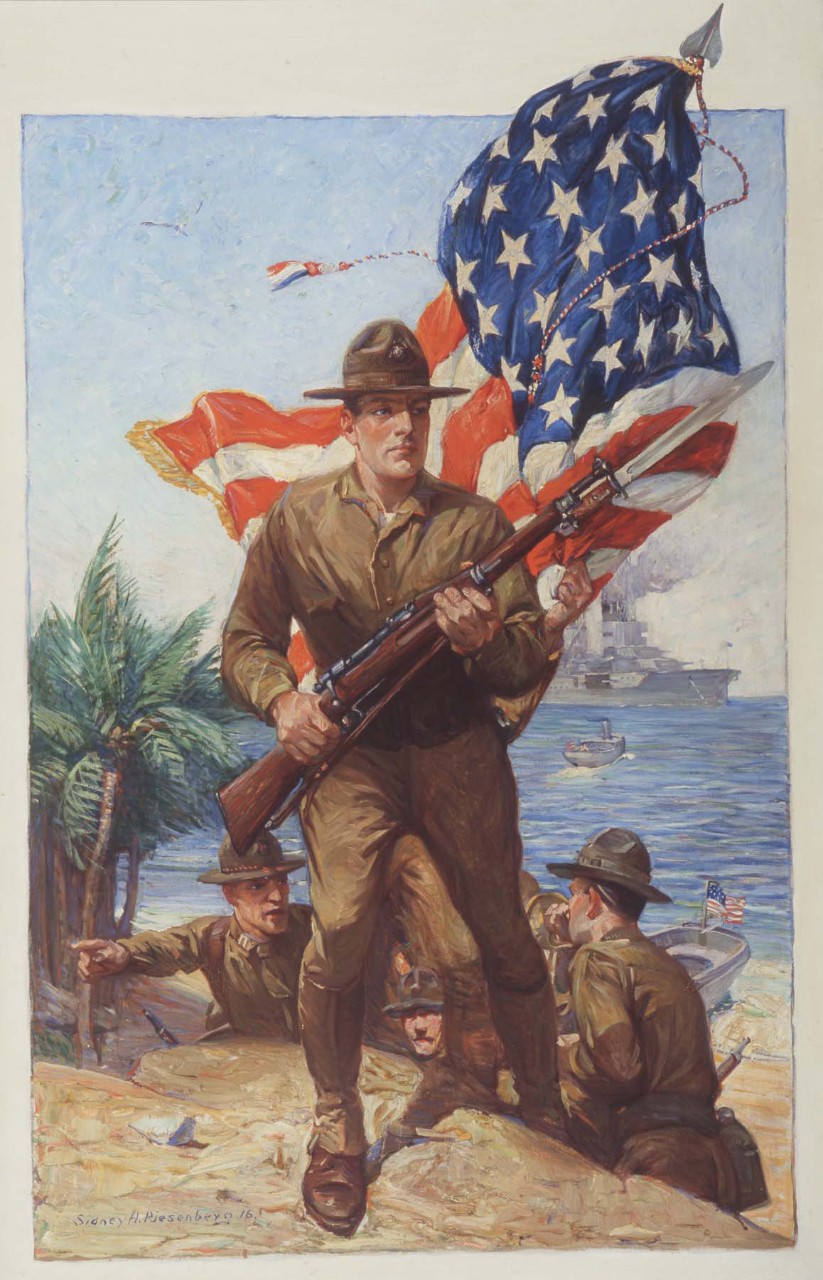 Though not yet a participant in the war in Europe, the United States was concerned that an unstable government in Haiti would become dominated by German interests.  To prevent it, in July 1915 President Woodrow Wilson sent 330 Marines to lead the way for American occupation of the country.  This painting was used for a recruiting poster of 1916, highlighting the role of the Marine Corps in the vanguard of the protection of United States. The image continued to be used into World War I.