Jessie Mackenzie Securing a Depth Charge On Board USS Remlik 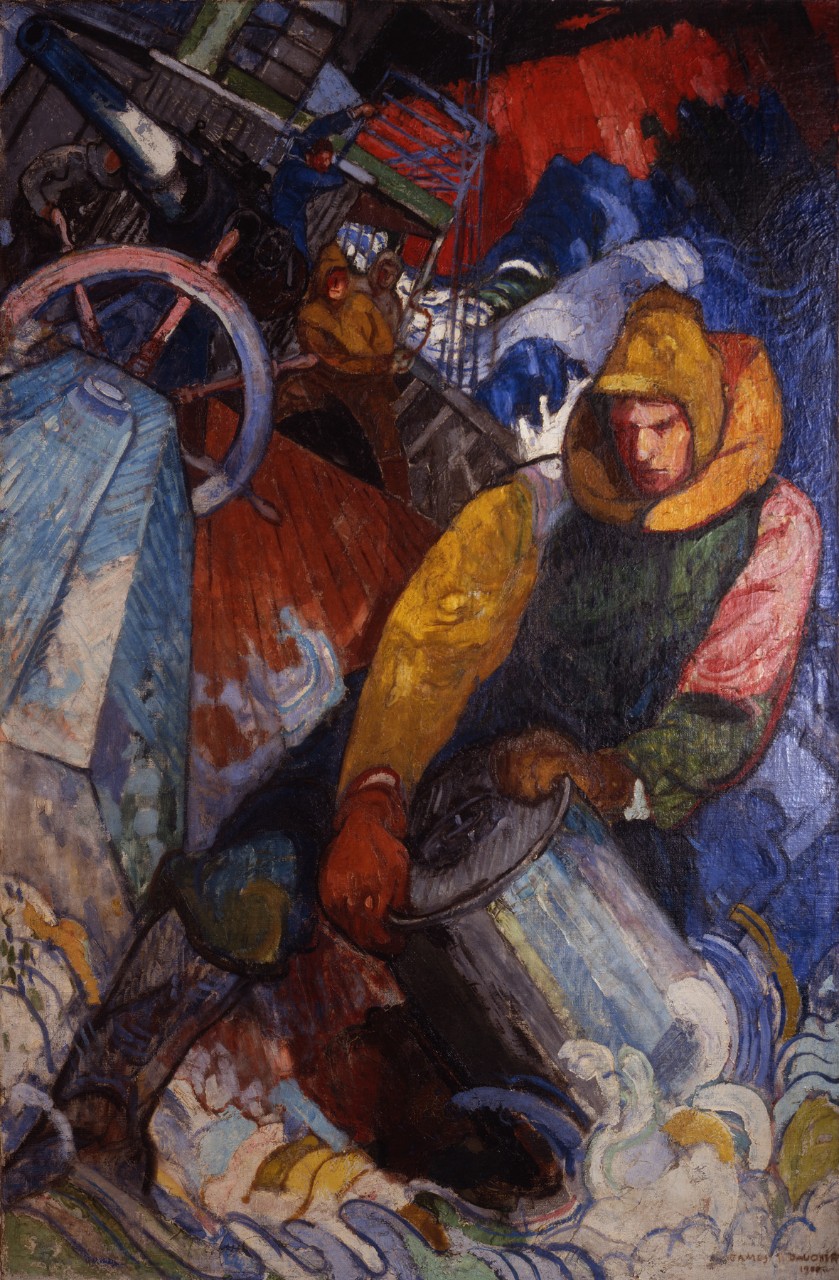 On the night of December 17, 1917, USS Remlik (SP-157), a converted yacht, was on anti-submarine patrol in heavy seas in the Bay of Biscay.  While seeking an encounter with a submerged enemy submarine, a depth charge broke loose, lost its safety pin, and began rolling around the deck.  Chief Boatwain’s Mate John Mackenzie went onto the deck and held it until his crewmates could secure it, thereby averting an explosion.  For this act of heroism, John Mackenzie was awarded a Medal of Honor.