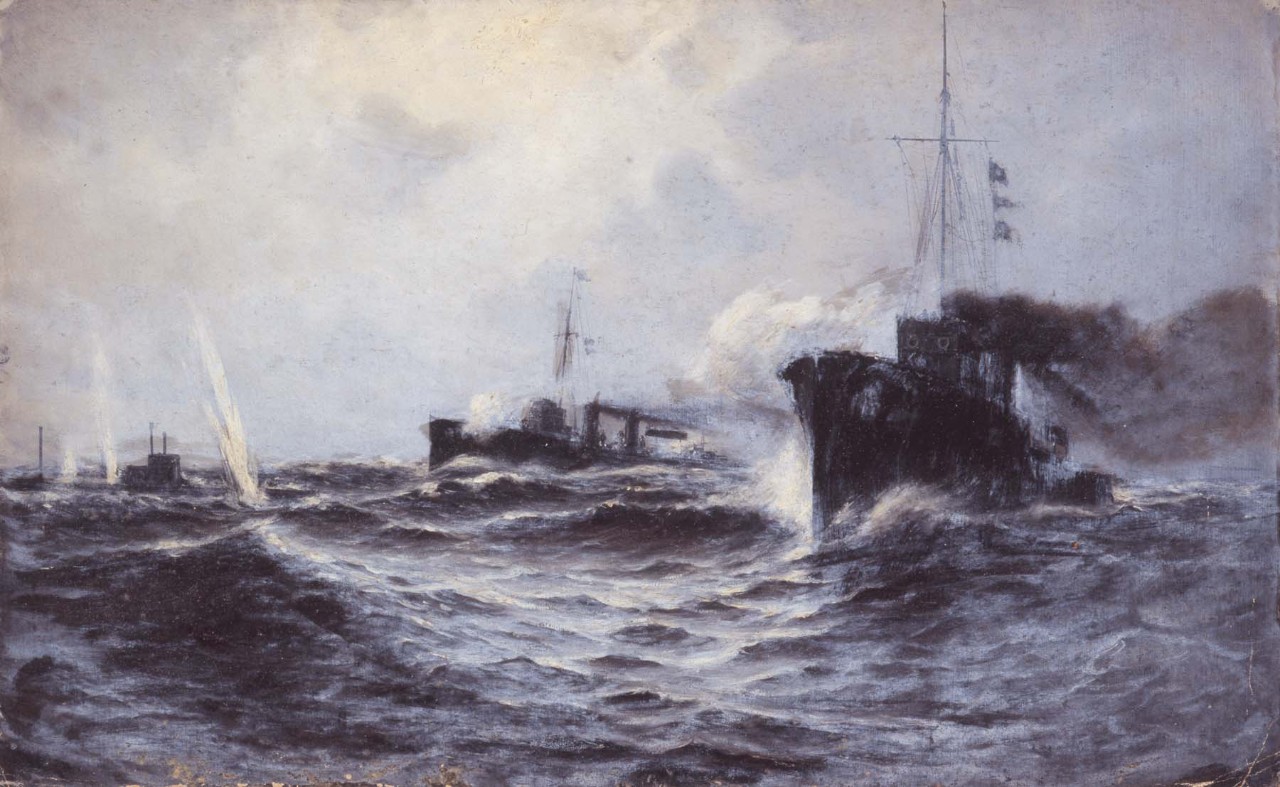 In World War I submarines had developed to a point where they were significant assets in military navies.  Germany’s fleet of “unterseeboots,” or U-Boats were particularly effective, and their unrestricted campaign of destruction became one of the reasons why the United States entered the war.   With the development of submarine warfare came the development of anti-submarine warfare.  Tactics were devised to exploit the limitations of submarines, which could only stay submerged a limited time due to their dependence on battery power.  Also, their armaments were light and their hulls relatively fragile.