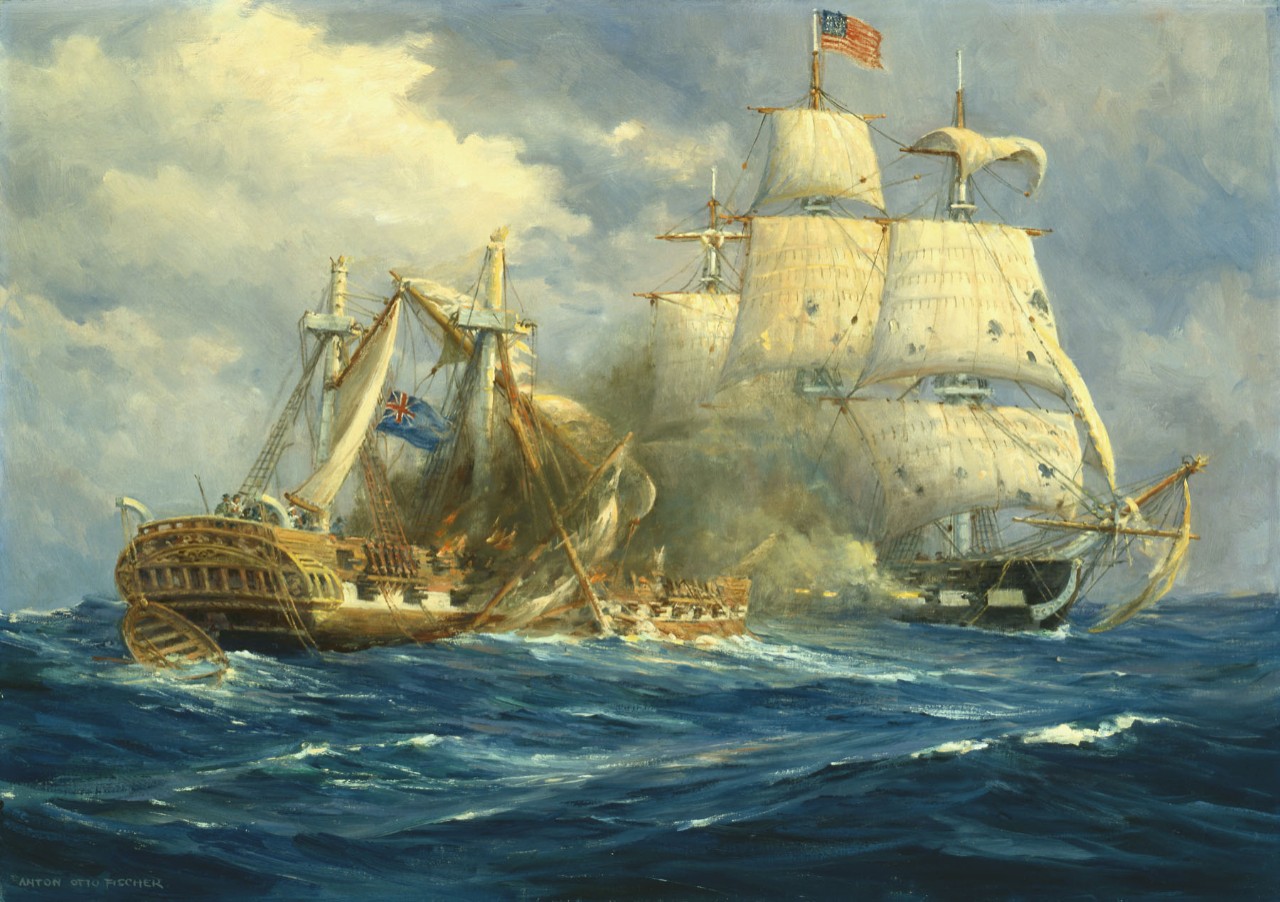 Shortly after the War of 1812 broke out, USS Constitution did battle with HMS Guerriere off the coast of the United States.  Guerriere opened fire upon Constitution upon entering range, but Constitution held back until the ship was within a range of 25 yards.  Over the course of the battle, the ships collided and became entangled.  When the two ships pulled apart, the force of the extracting bowsprit sent shockwaves through Guerriere's rigging. Her foremast soon collapsed and brought the mainmast down as well.  After losing the masts and being badly damaged, the British ship surrendered.  Guerriere was too badly damaged to salvage and was burned the following day.  This is the battle that earned Constitution the nickname “Old Ironsides”.  Several shots from the British seemed to bounce off the hull of Constitution and a sailor reported exclaimed “Huzzah! Her sides are made of iron!”