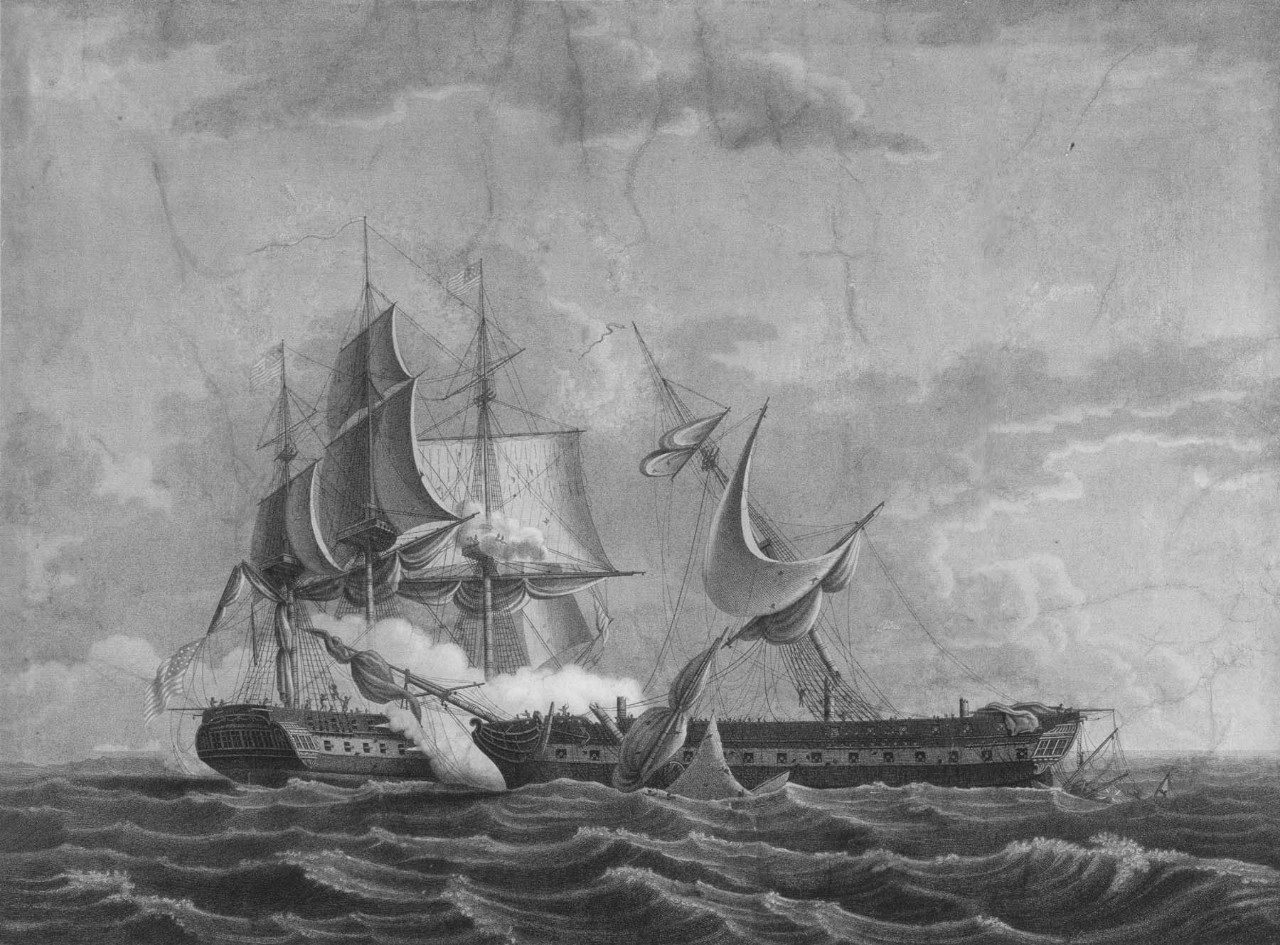 This, the first and most famous naval victory of the War of 1812 took place on August 19, 1812. Captain Isaac Hull was in command of the American ship on patrol off Halifax, Nova Scotia when it encountered Guerriere. The two ships tried to outmaneuver each other for three hours and when they finally joined battle, Hull ordered that Constitution hold fire until they were very close. The effect was devastating. Within an hour the British ship lost its masts and was helpless in the water. Because of its poor condition, Hull was obliged to set fire to it the next day after removing its crew.