Working on a Small Boat Engine 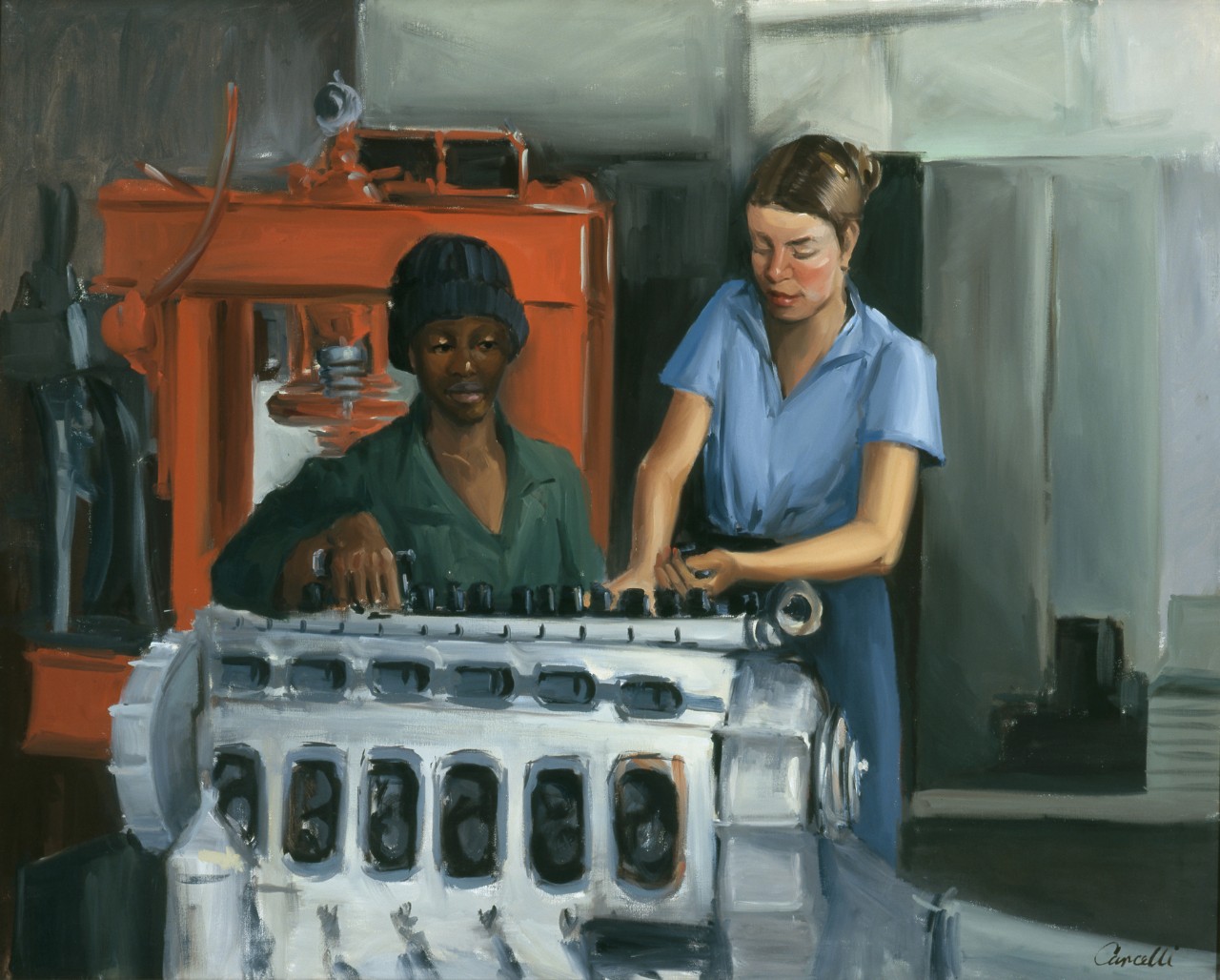 Navy artist Christine Cancelli's assignment to "paint for the official Navy Combat Art Collection a series of paintings depicting women on the job with the fleet and in fleet related billets" came immediately on the heels of the consolidation of men and women's training commands in May, 1974. For 32 years, since the first WAVES were recruited in 1942, enlisted men and women had separate "boot camps," but 1974 marked the beginning of a new Navy concept of "One Navy." The Officer Schools for men and women had been combined two years earlier in 1972.

When Cancelli painted these two women at Naval Station San Diego, she was struck by the fact that they do "any and all work that the other sailors are required to do."