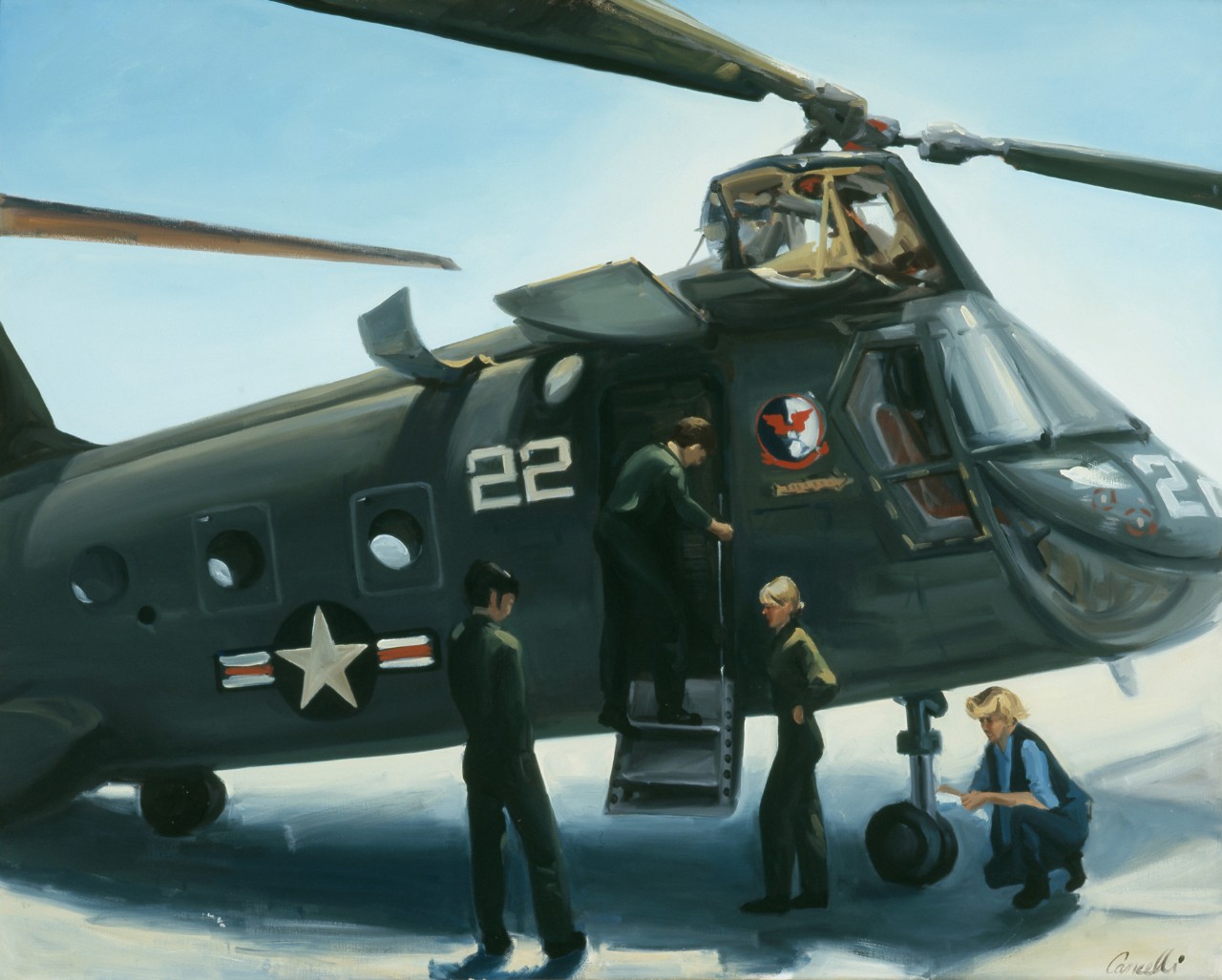 The setting for this painting is Naval Air Station, North Island in the metropolitan San Diego area. Ensign Joellin Drag of HC-3 Squadron was the only woman helo pilot at that station when the painting was made. With her under the front of the helicopter is pilot Catherine Graham. They are going through the routine checks that precede every flight - a process called "turning up." Aviation training was opened to women in 1973 and the naval flight officer program six years later.