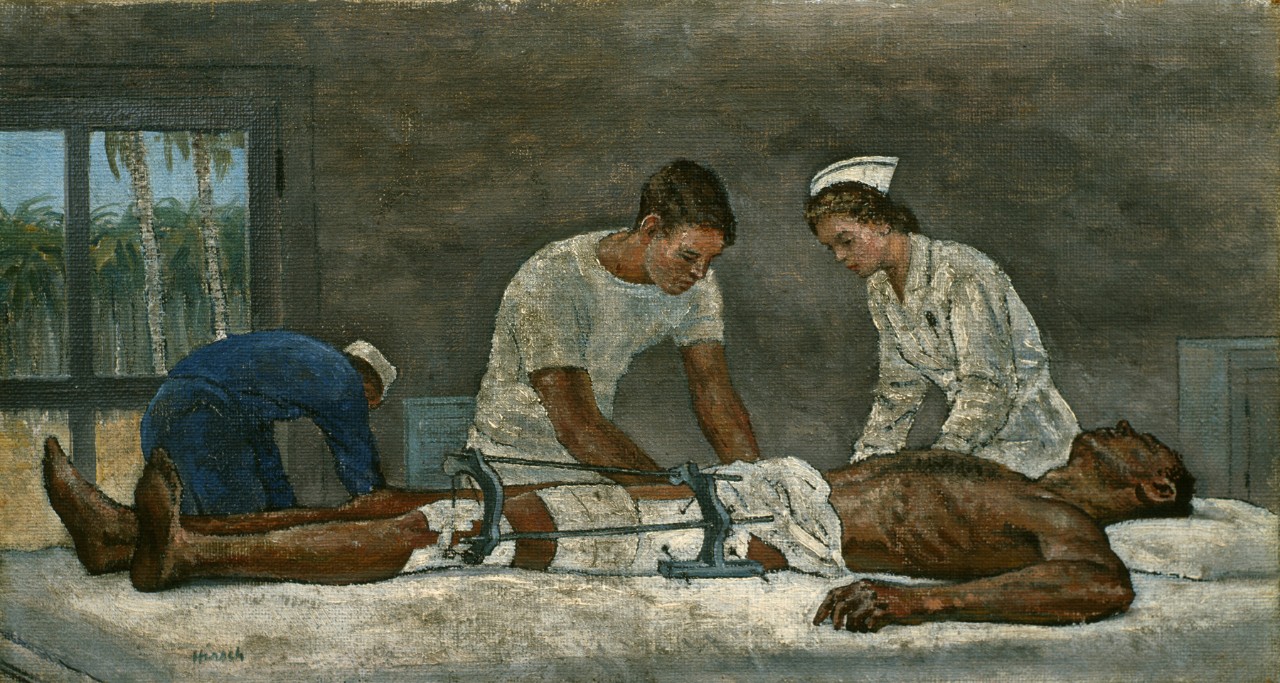 An important function of the Navy nurse was to instruct hospital corpsmen, who could be men or women (WAVES). Here one nurse supervises the administration of an anesthetic, given intravenously preparatory to resetting a Marine's leg.

By 1943, the Navy Nurse Corps reached nearly 4000 regular and reserve nurses, up from approximately 800 just two years prior. Nurses were deployed outside the U.S. in fourteen duty stations and one POW camp in the Philippines. This scene occurred in a Navy mobile hospital unit in New Caledonia, an island slightly smaller than the state of New Jersey in the South Pacific, off the east coast of Australia.