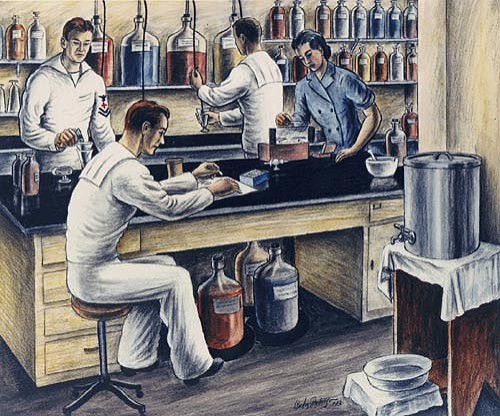 Although a large portion of jobs offered to WAVES consisted of secretarial and clerical duties, WAVES served in a far wider range of occupations than had the Yeomen (F). They performed duties in the aviation community, Judge Advocate General Corps, medical professions, as well as in the areas of communications, intelligence, science and technology.

Thousands of women who joined the WAVES were encouraged to join the Hospital Corps. Members of the Hospital Corps served as nurses; as technicians in the clinical, x-ray, physical therapy, dental, pharmacy and other laboratories; in the commissary department; in the medical storeroom; as assistants to medical, dental, and Hospital Corps officers; on routine ward duty; as assistants in the operating room; as ambulance drivers; as bookkeepers; as telephone operators; as clerks or in any other position where their services may be utilized in the fulfillment of the charge of caring for the sick and injured personnel of the Navy and Marine Corps.