The Navy announced its findings Dec. 11 after a two-year study into what sank the World War I cruiser USS San Diego (ACR-6). 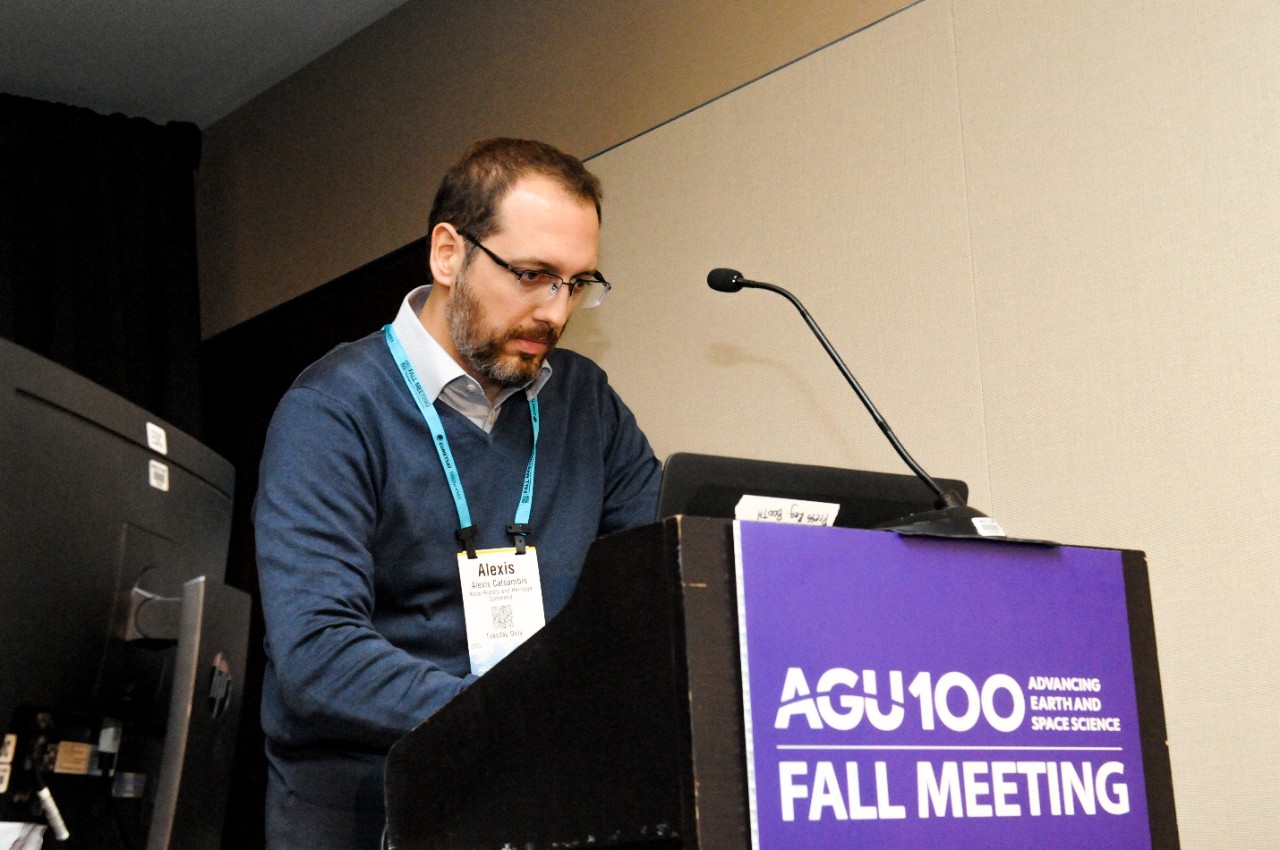 Alexis Catsambis, Ph.D., of  the Naval History and Heritage Command’s Underwater Archeology Branch, based at the Washington Navy Yard, led the project and chaired a panel discussion for media at the American Geophysical Union’s (AGU) Fall Meeting.  Although the original court of inquiry believed the explosion that sank the 500 foot armored cruiser was caused by a mine, later speculation raised the theory that it might have been a torpedo.

After examining new survey data, additional archival research, computer impact and flooding models, the area of the ocean floor in which the wreck rests, and other elements related to the ship’s loss, Catsambis announced that research team believed the explosion’s cause was a mine.  In fact, they believe it was one of two types of mines laid by German submarine U-156.

“The legacy of the incident is that six men lost their lives on July 18, 1918,” said Catsambis. “With this project we had an opportunity to set the story straight and by doing so, honor their memory and also validate the fact that the men onboard did everything right in the lead up to the attack as well as in the response. The fact that we lost six men out of upwards of 1100 is a testament to how well they responded to the attack.”

In addition to Catsambis, the panel participants included Ken Nahshon, Ph.D., of the Naval Surface Warfare Center Carderock Division in Bethesda, Md., and Arthur Trembanis, Ph.D. from the University of Delaware in Newark, Del.

During the presentation, the scientists detailed how each of their teams used historical analysis, archaeological research, site investigation, and impact and flood modeling to eliminate other possibilities that might have caused San Diego’s sinking such as sabotage, accident, or enemy torpedo.

Trembanis explained how the use of underwater robotics and remotely deployed instruments including an autonomous underwater vehicle allowed researchers to collect high resolution 3-D images of the site to support their conclusion.

“The format of the 3-D modeling data makes analysis readily comparable,” said Nahshon. “Before we started this, I wasn’t familiar with the ability to do this underwater; above the water we do it all the time, but below water collecting 3-D data is a challenge. I’ve learned that the sheer amount of expertise that’s needed to interpret it is a credit to the advances of technology in sea floor mapping.”

Before taking questions, Catsambis shared why this research is important for the U.S. Navy and how learning from the past will help to prepare for the future. 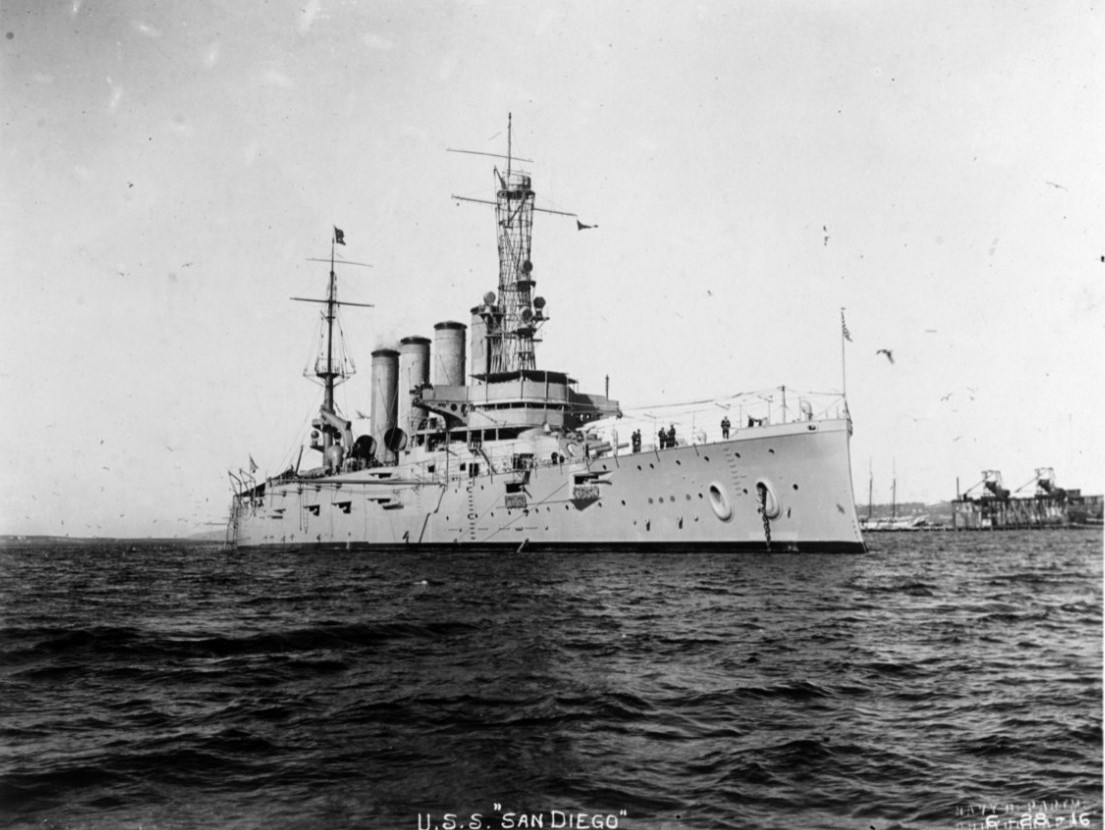 In July 1918, the 15,000-ton armored cruiser San Diego sank off Long Island, New York, losing six sailors from a crew of 1,100. German submarines had mined the coast, implicating a mine. But the ship’s captain was perplexed that the explosion occurred aft of the ship’s widest point which gave rise to the notion the explosion might have been caused by a torpedo even though no submarine or torpedo trail had been spotted.

Later theories suggested a coal bunker explosion or sabotage, but the source of the explosion remained a mystery.

To commemorate the 100th anniversary of the loss of San Diego, the only major U.S. warship sunk in World War I, a multi-partner investigative campaign dubbed the USS San Diego Project was launched in 2017; mapping the wreck, assessing the wreck’s state of preservation, modeling its sinking, and uncovering the weapon that likely sank it.

Dive training at the site occurred in August 2016 and June 2017, with the site investigation commencing September 2017, followed by the commemoration and diver survey July 2018. A major goal of the project is to raise awareness of the importance of preserving the wreck site into the future.

AGU is dedicated to the furtherance of the Earth and space sciences, and to communicating science’s ability to benefit humanity. AGU seeks to achieve these goals through publishing scientific journals and other technical publications, sponsoring scientific meetings, supporting education and outreach programs designed to increase public understanding of and support for science, and a variety of other activities.