The U.S. Navy held a wreath-laying ceremony honoring the 100th anniversary of the loss of the World War I cruiser USS San Diego (ACR-6), on which six American Sailors lost their lives off the coast of New York, July 19, 1918. 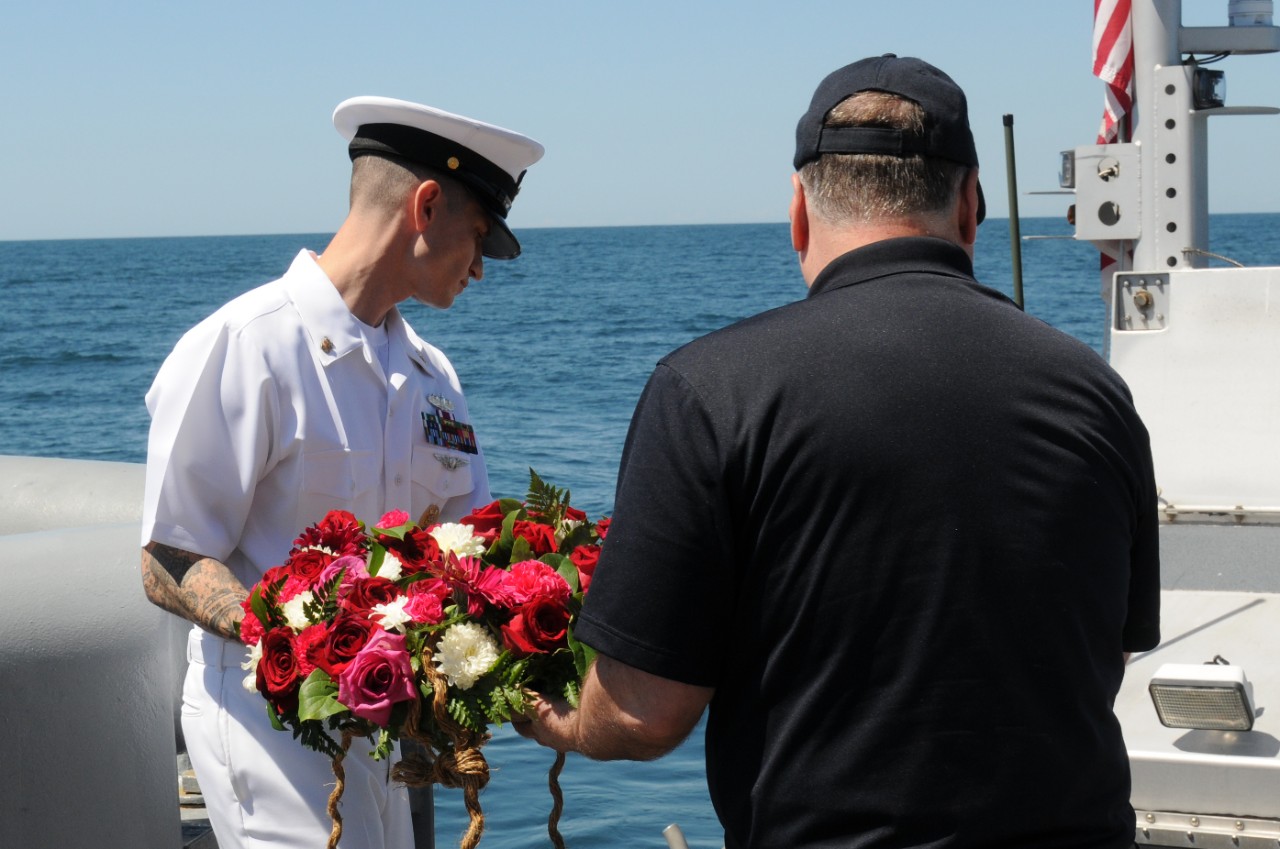 The ceremony was held aboard the Military Sealift Command rescue and salvage ship USNS Grasp (T-ARS-51) and included the placement of a wreath by Rear Admiral Samuel Cox, U.S. Navy (Ret.), Director of the Naval History and Heritage Command (NHHC), and Command Master Chief Joshua Jackson from the current USS San Diego (LPD-22), an amphibious transport dock ship based in San Diego.

“We are here today to remember the valor, sacrifice, and courage of the Sailors who lost their lives one hundred years ago during World War I,” said Cox. “These Sailors paid the ultimate sacrifice for our country.” 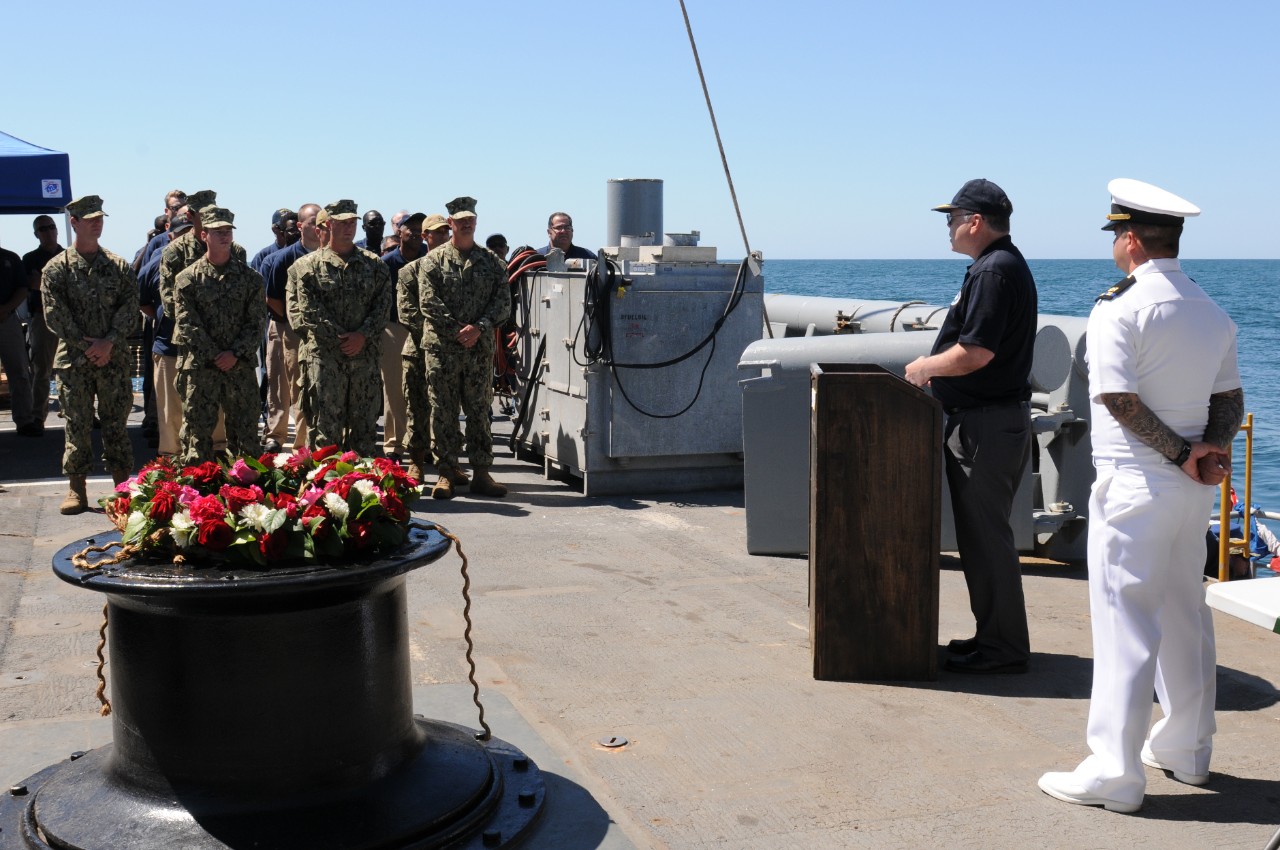 “The armored cruiser San Diego and her crew represent true courage, a courage that in today’s Navy we strive to emulate as Sailors and citizens of our country,” said Jackson. “Today’s crew of USS San Diego is proud to carry on the namesake of such an honorable crew.”

Chief Warrant Officer Joshua Slack of Mobile Diving Salvage Unit Two hosted the ceremony and said such events are an important way to honor the service and sacrifice of American Sailors, “and show their families that the Navy is a family too; the loss of a single shipmate is a loss to us all.”

“Most importantly,” said Slack, “We remember events like the loss of San Diego because their stories serve as stark reminders for today's Sailors that after everything that's asked of them in day-to-day, peacetime service ─ long working hours, performing difficult missions in inhospitable locations, while enduring lengthy separations from friends and family ─ after all that, they may still one day be asked for more.”

Two days prior to the ceremony, a site survey of the San Diego wreck was conducted by NHHC and included a training exercise for Mobile Diving and Salvage Unit Two.

The site visit is a continuation of a survey conducted last year from Sept. 11-15. The objective was to assess the condition of the wreck site and determine if the ship, the only major warship lost by the United States in World War I, was sunk as a result of a German submarine-launched torpedo or mine. Ultimately, data gathered will help inform the management of the site, a responsibility of NHHC’s Underwater Archeology Branch. 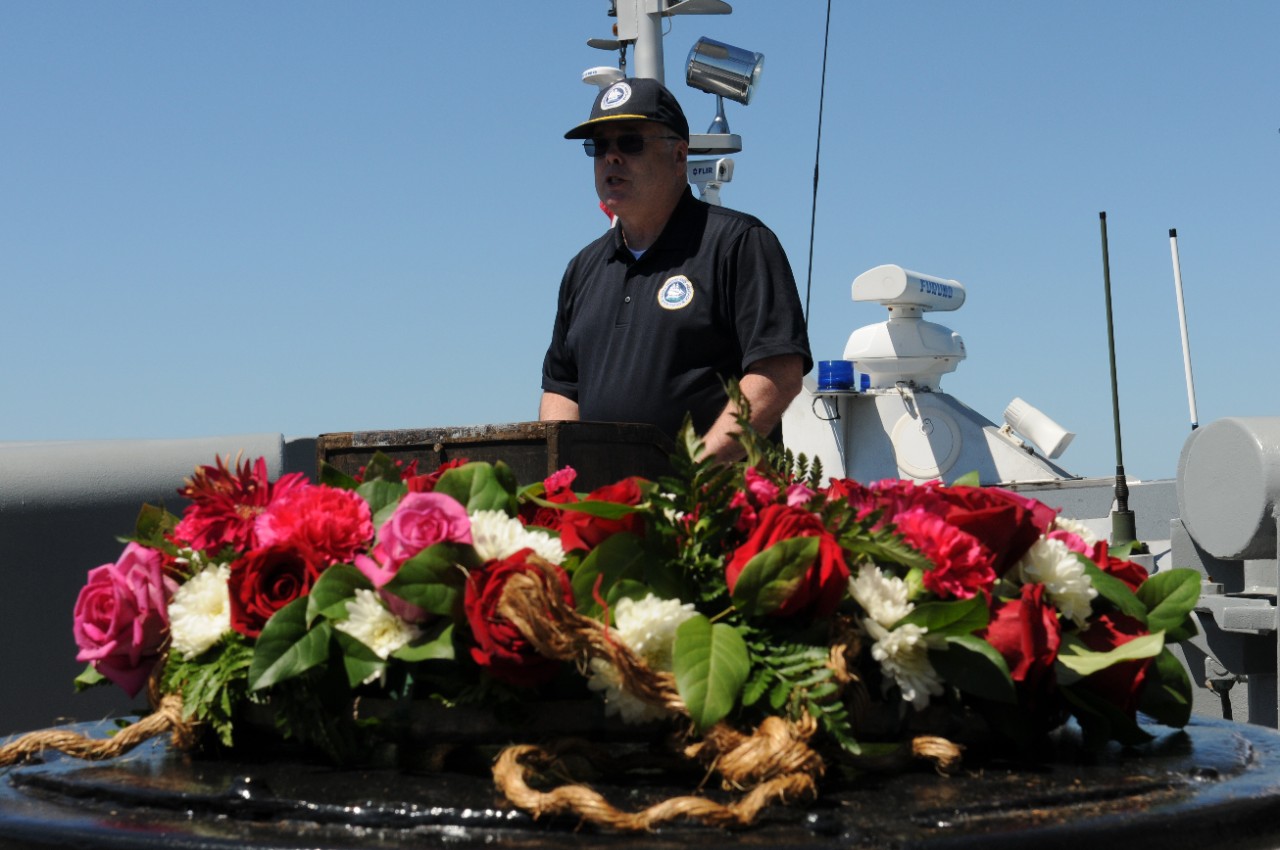 “Studying sunken military craft offers researchers a glimpse into the lives of the Sailors who served in them, as well as the Navy and the nation they served,” said NHHC’s Underwater Archaeology Branch Head Robert Neyland, Ph.D. “We believe the modern remote sensing and interpretive tools at our disposal now will help our understanding of the site and maybe teach us something new about what caused San Diego to sink.”

Six American Sailors lost their lives when San Diego sank, which is one of the reasons Neyland and his team believe safeguarding such wrecks is important: many of them serve as war graves. Additionally, they may hold significant historical value and contain environmental or public safety hazards such as oil and ordnance.

“The survey will also help us fulfill a critical preservation part of our mission by assessing the site and determining how much damage has been done to the wreck in the past century by both natural environmental processes and unauthorized disturbance,” Neyland said.

The dives are being supported from Grasp and are being documented by a mass communication specialist from Expeditionary Combat Camera in what will be that command’s final operational mission before it is disestablished this fall after more than 100 years of service documenting fleet and military operations around the world.

Originally named USS California, the ship was renamed San Diego on Sept. 1, 1914, to bring the Navy into compliance with a policy of the time to reserve state names for battleships. By then the ship had been in service a little more than seven years after its commissioning Aug. 1, 1907.

Once commissioned, the ship became part of the 2nd Division of the Pacific Fleet and took part in the naval review for the Secretary of the Navy at San Francisco in May 1908. Aside from a cruise to Hawaii and Samoa in the fall of 1908, the ship operated along the west coast, sharpening her readiness through training exercises and drills, until December 1911, when she sailed for Honolulu, and in March 1912 continued "westward" for duty on the Asiatic station. 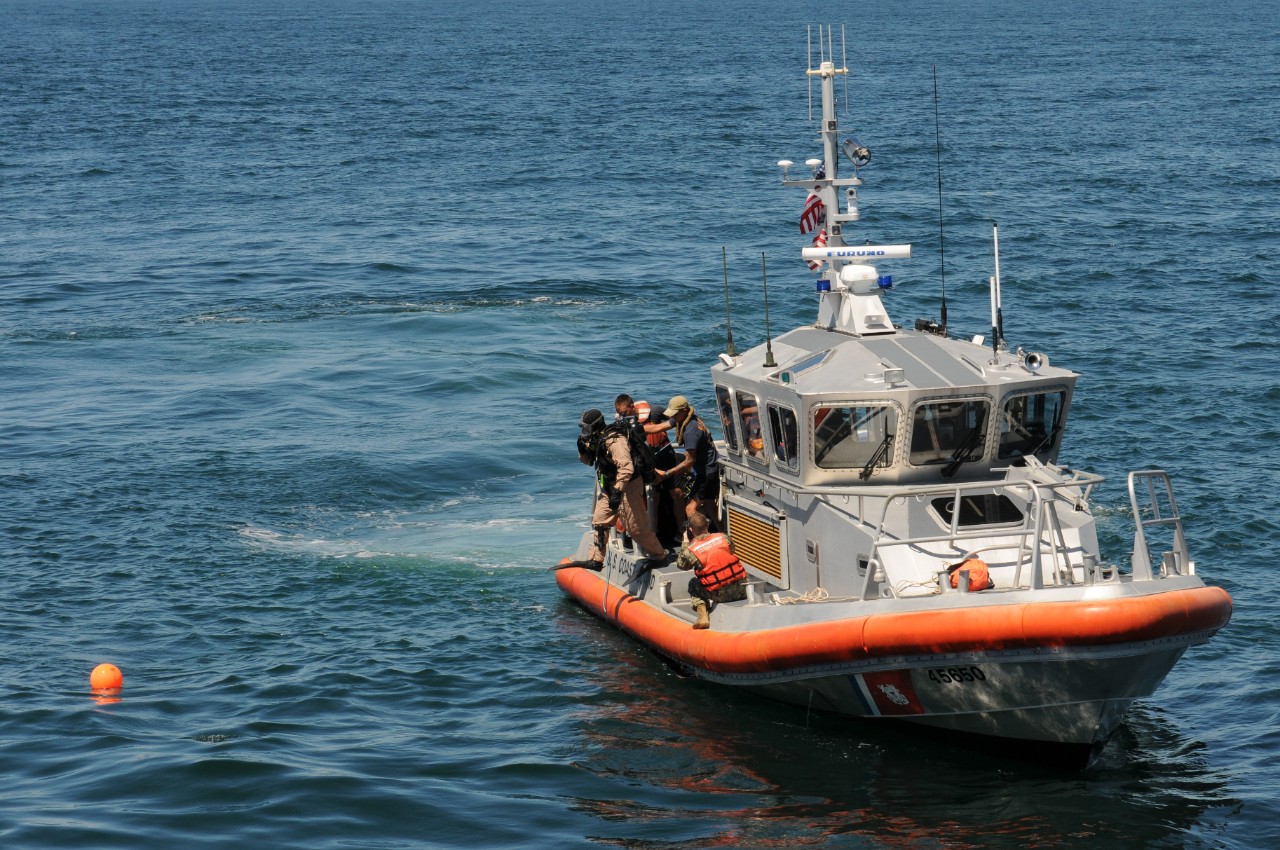 After this service, she returned home in August and was ordered to Corinto, Nicaragua, which was embroiled in internal political disturbances. While there, the ship and crew protected American lives and property. She then resumed operations along the west coast, cruising off California, and kept a watchful eye on Mexico, which, at that time, also suffered from political disturbance.

After being renamed in September 1914, San Diego intermittently served as flagship for the U.S. Pacific Fleet’s commander-in-chief until an explosion in the No. 1 fire room put her in Mare Island Navy Yard in reduced commission through the summer of 1915. Two Sailors, Ensign Robert Webster Cary, Jr. and Fireman Second Class Telesforo Trinidad, received Medals of Honor for actions to save their fellow crewmen during the fire that day. At the onset of World War I, San Diego operated as the flagship for the commander of the U.S. Pacific Fleet’s patrol force until July 18, 1917, when she was ordered to the Atlantic Fleet.

Once there, San Diego's mission was the escort of convoys through the first leg of their passages to Europe. Based at Tompkinsville, N.Y., and Halifax, Nova Scotia, she operated in the weather-torn, submarine-infested North Atlantic, safely convoying all of her charges to the ocean escort.

On July 19, 1918, bound from Portsmouth, N.H. to New York, San Diego was sunk by a mine or torpedo, believed to have been from the German submarine, U-156, southeast of Fire Island, N.Y. The armored cruiser sank in 28 minutes with the loss of six lives, the only major warship lost by the United States in World War I.

For more information on the USS San Diego, visit https://www.history.navy.mil/research/underwater-archaeology/sites-and-projects/ship-wrecksites/san-diego-cruiser-6.html.

As the nations involved in World War I commemorate its centennial, the survey and commemoration of the loss of USS San Diego serves as a reminder of how close the war actually came to the shores of the United States and the role of the U.S. Navy in protecting our nation, then and today.

The Naval History and Heritage Command, located at the Washington Navy Yard, is responsible for the preservation, analysis, and dissemination of U.S. naval history and heritage. It provides the knowledge foundation for the Navy by maintaining historically relevant resources and products that reflect the Navy's unique and enduring contributions through our nation's history, and supports the fleet by assisting with and delivering professional research, analysis, and interpretive services. NHHC is composed of many activities including the Navy Department Library, the Navy Operational Archives, the Navy art and artifact collections, underwater archeology, Navy histories, ten museums, USS Constitution repair facility, and the historic ship Nautilus.