Seaplanes: The End (of the beginning)

By the end of the war, the Navy had a number of advanced seaplane designs in the works – the JRM Mars and H-4 Hercules, the Spruce Goose, in particular. These were developed as large (or, in the Hercules case, extremely large) transport seaplanes. The H-4 had a similar mission to some of the earliest Navy seaplanes: crossing the Atlantic, although it would do it with a 150,000 pound payload. With the end of the war, however, development largely stopped to make way for new operational challenges and design paradigms.

Captured German hydrodynamics and aerodynamics research complemented contemporary American knowledge and led to massive theoretical seaplane performance increases. The biggest innovation came in the area of high length-to-beam ratio hull designs (long and thin). [1] The R3Y Tradewind was the first operational seaplane to incorporate this design principle. Turboprop powered, it was capable of sustained flights at slightly over 400 mph with a range approaching 3,000 miles.  Unfortunately, unreliable engines plagued the program, a common ailment among late 1940s, early 1950s aircraft, and the program was cancelled after only a few aircraft. Before it was cancelled, it showcased a capability that could solve numerous operational problems today – large quantity aerial refueling from a water-based aircraft. [2] 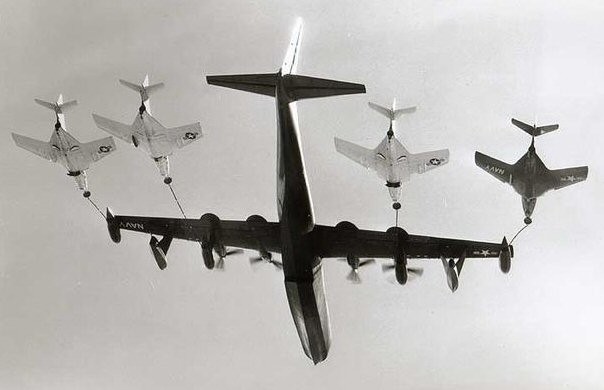 Although the Tradewind ended its short life in 1958, the mid-to-late 1950s saw what was to be the pinnacle of the seaplane concept: the P6M Seamaster. The Seamaster was initially a product of WWII requirements. The Navy realized its reliance on Air Force aircraft for the mine laying mission and desired a high-speed, long-range, large-payload carrying mine-laying aircraft of its own. A seaplane offered advantages for survivability and basing.

As the concept evolved into the High-Speed Minelayer (HSML) concept, the Navy began to see other uses for the aircraft, especially as inter-service rivalries flared. In the 1950s, many of the Navy’s carrier based aircraft were unable to carry the heavy nuclear weapons. Left without a nuclear role, the Navy faced obsolescence in the face of new Air Force platforms. The Seamaster, capable of carrying multiple nuclear weapons, offered salvation.

The idea of using the P6M in an offensive role led to the revival of the seaplane striking force (SSF) concept. Planners envisioned R3Y Tradewinds resupplying mobile ocean bases or hidden archipelagos of P6M Seamasters. Even the most advanced adversaries would find them extremely difficult to target. The SSF would be able to remain elusive, survive first strikes, lay minefields, and deliver devastating nuclear strikes against the enemy. But, it was ultimately not to be. [3] 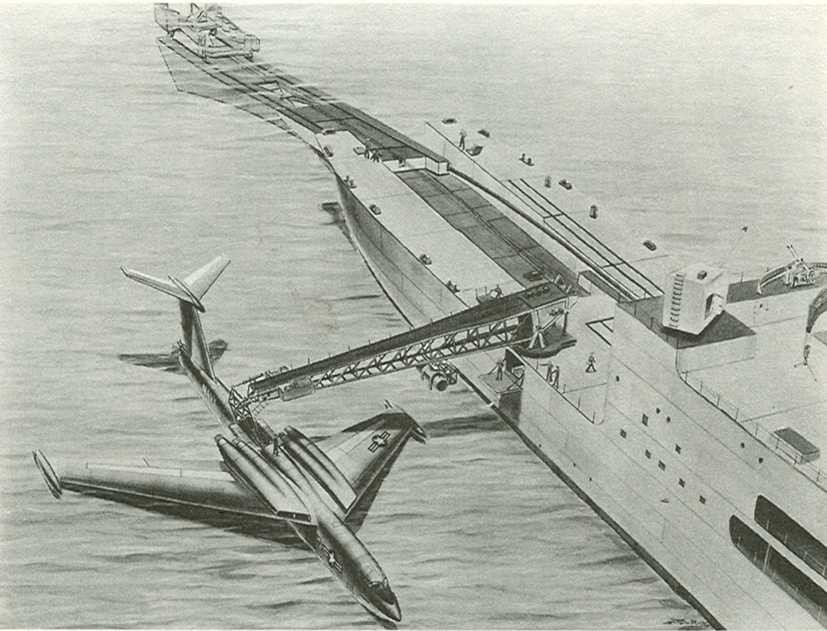 The Seamaster, like many other promising weapons systems, fell victim to technical immaturity, budget cuts and politics. The Polaris missile promised the Navy its nuclear mission, making the seaplane a distraction from carrier aviation in a carrier Navy. With the Seamasters and Tradewinds gone, only the P5M Marlin, an evolution of the PBM Mariner was left to soldier on. It served in Vietnam and, in 1967, made the last Navy seaplane flight. An era was over.

[3] Information on the P6M is taken from throughout the following book: Stan Piet and Al Raithel, Martin P6M Seamaster. Bel Air: Martineer Press, 2001.

(This essay, originally titled "Seamaster(y)," was published in three parts in the U.S. Naval Institute's Naval History Blog. This is part three.)