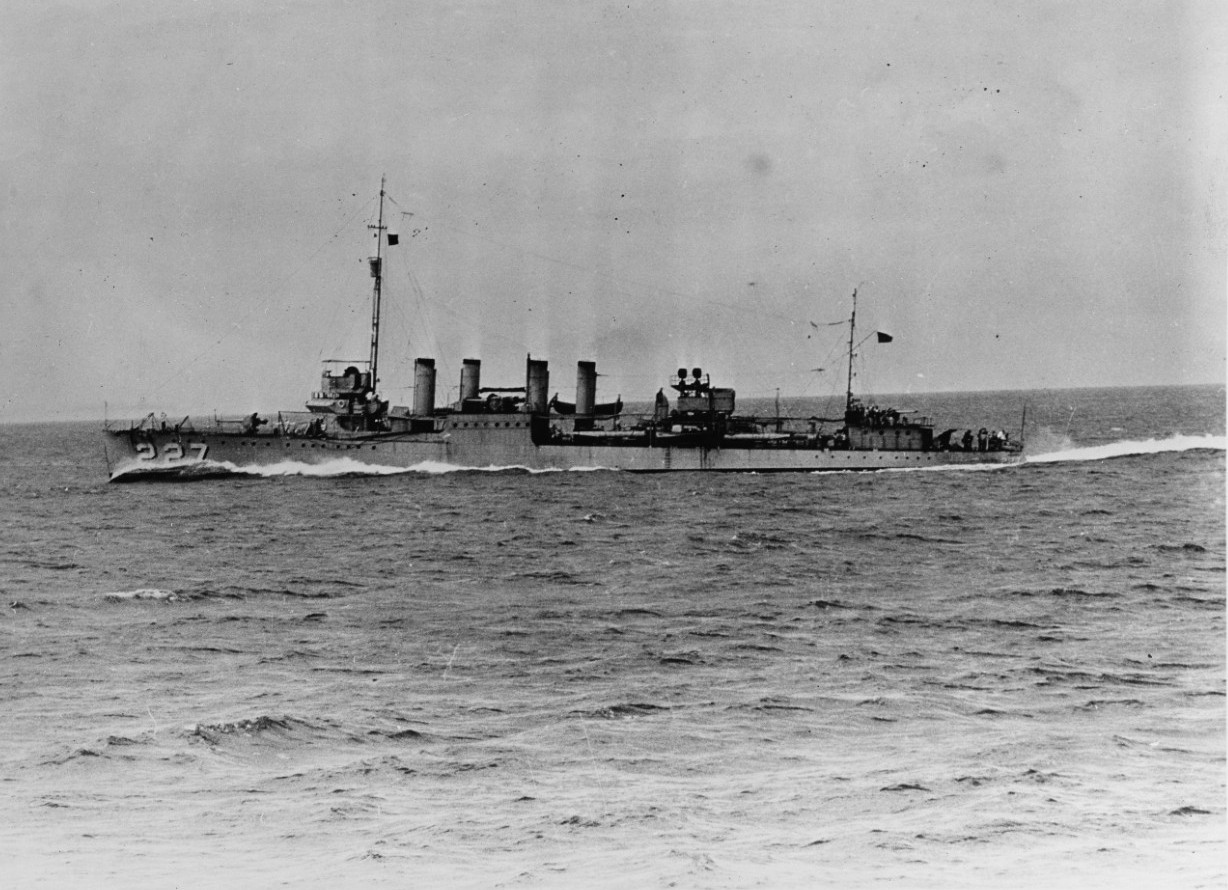 John E. Pillsbury, born in Lowell, Mass. 15 December 1846, was appointed Midshipman in 1862 and commissioned an Ensign in 1868. After serving on various stations afloat and ashore, he commanded the coast steamer Blake from 1884 to 1891 and did excellent scientific work, using in some of his research instruments of his own invention. In the Spanish-American War he commanded the dynamite cruiser Vesuvius, operating around the island of Cuba and in the vicinity of Morro Castle. In 1905 he served as Chief of Staff of the North Atlantic Fleet and in 1908-09, was Chief of the Bureau of Navigation. Although Rear Admiral Pillsbury's attainments as a Sailor and a fighting man were noteworthy, he is perhaps best known as having been one of the world's foremost geographers and as an authority of the Gulf stream. Actively identified with the National Geographic Society for many years, he was president of the society at the time of his death, 30 December 1919.

Pillsbury served for many years with the Asiatic Fleet. On 27 November 1941, by order of the Commander Asiatic Fleet, Admiral T. C. Hart, Pillsbury departed from Manila together with other units of the fleet. For some time she operated in the vicinity of Borneo, and was in that area when the Japanese struck at Pearl Harbor 7 December 1941.

After the war commenced, Pillsbury, together with United States, Dutch and Australian naval vessels, operated out of Balikpapan on reconnaissance sorties and on anti-submarine patrols. Later she moved to Surabaya, Java, and from there made night patrols with cruisers Houston and Marblehead and destroyers of Division 58, including the action of Badoeng Strait 4 February 1942.

On 18 February the Japanese began swarming ashore on Bali and the Allied surface forces including Pillsbury set out to disrupt further landings from a Japanese convoy reported in the area.

While steaming through Badoeng Strait on the night of 19-20 February, Pillsbury fired three torpedoes at a Japanese ship without result. A searchlight was trained on Pillsbury, and several shots were fired at her. She turned to starboard and make smoke to escape the light. The relatively small Allied forces at this time were forced to lightning strikes and rapid evasive retirement in the face of superior Japanese forces in the dim hope of disrupting the enemy advance.

At 0210 Pillsbury sighted a ship dead ahead and opened up with her main battery and .50 calibre guns. The amidships gun crew of the Japanese ship was put out of action by the first burst of the .50 calibre machine guns. The target ship then received a direct hit with a shell from either Pillsbury or from the destroyer in the opposite column. This caused the Japanese destroyer to swing to starboard. The spotter then observed three sure hits from Pillsbury: one on the bridge, one amidships and one on the fantail. As soon as the last shot hit, the Japanese ship erupted in flames, and her firing ceased.

At this time Pillsbury and Parrott (DD-218) were detached from the striking force and sent to Tjilatjap. After the action around Bali the ships had few torpedoes and were sadly in need of overhaul.

A few days later gallant Pillsbury met her end. There are no logs or battle reports giving the details of the action in which Pillsbury, Asheville (PG-21) and Edsall (DD-219) were sunk between the 1st and 4th of March 1942. A powerful force of Japanese ships was operating to the south of Java to prevent the escape of Allied ships from that area. The Japanese force consisted of four battleships, five cruisers, aircraft carrier Soryu and the destroyers of Destroyer Squadron 4.

Interrogation of officers of the Japanese Task Forces at the time garnered the following information. In a night surface action, Pillsbury and Asheville were sunk by "teamwork" firing of three cruisers of Cruiser Division 4 and two destroyers of Destroyer Squadron 4 in Bali Strait, Netherlands East Indies. Edsall was sunk by gunfire of four battleships of the 3d Battleship Squadron, two cruisers of Cruiser Division 8 and two bombers from Soryu.

All three sinkings took place approximately 200 miles east of Christmas Island. After sinking the three U.S. ships, the Japanese forces retired from the scene hastily. Hence, no survivors were picked up by the Japanese warships.