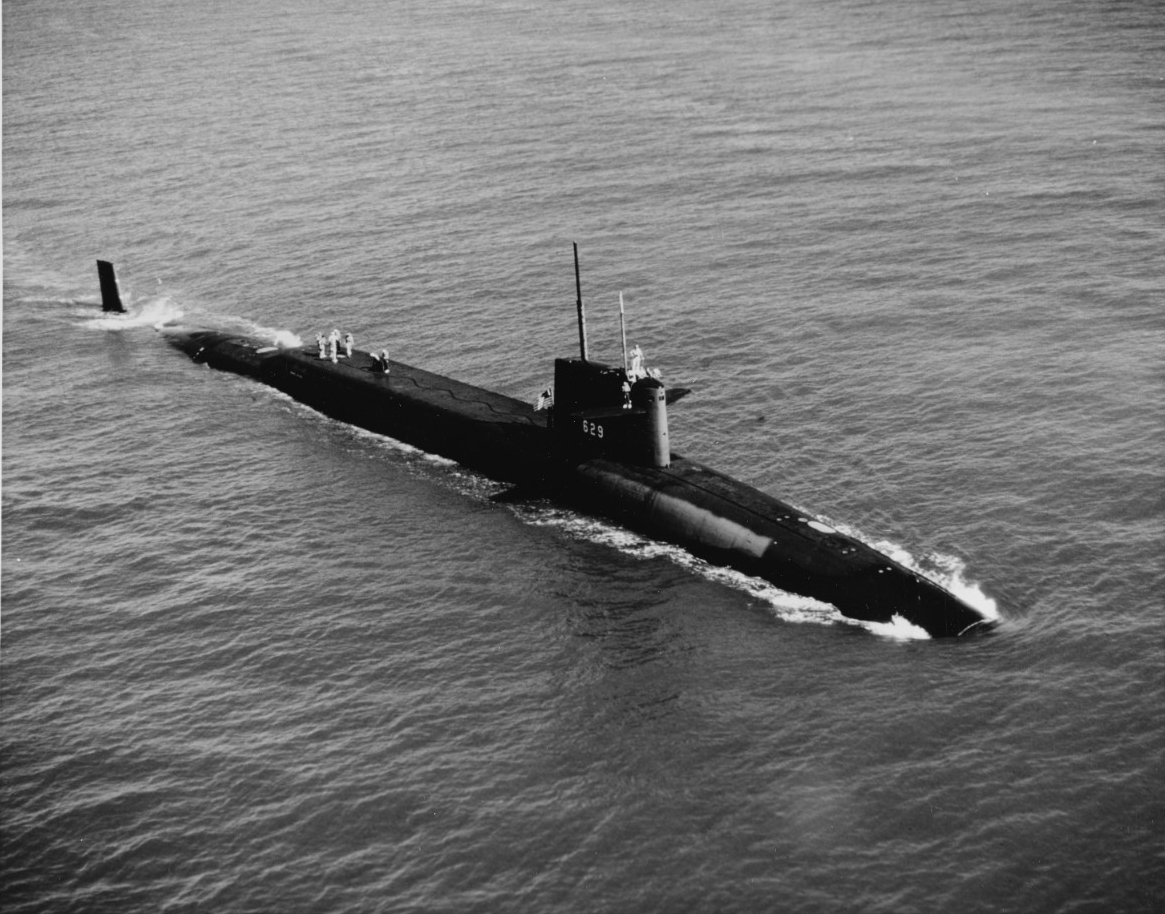 Daniel Boone, born 2 November 1734 in Berks County, Pa., served as a wagoner in Major General Edward Braddock’s expedition against the French Fort Duquesne (Pittsburgh, Pennsylvania) in the summer of 1755. Returning home to Rowan County, North Carolina, after Braddock’s defeat at the Battle of Monongahela (9 July 1755), Boone married Rebeca Bryan and moved to Yadkin Valley, North Carolina. When conflict erupted between the colonists and the Cherokee in 1759, Boone joined the colonial North Carolina militia. Over the next two years, Boone hunted and explored deep into Cherokee territory, eventually pushing as far west as Tennessee. On 5 July 1773, Boone and William Russell led the first attempt by British colonists to establish a permanent settlement in Kentucky. Unfortunately, on 9 October a group of Native Americans from the Delaware, Shawnee and Cherokee nations kidnapped and murdered Boone’s eldest son James as well as Russell’s eldest son Henry, forcing the explorers to return to North Carolina. Two years later in March 1775, Boone led a group of approximately 30 workers who blazed a trail from Virginia through the Cumberland Gap into central Kentucky. Known as the Wilderness Road, the trail facilitated the first permanent colonial settlements in Kentucky. After the American Revolution, Boone briefly worked as a surveyor along the Ohio River before moving west into the Louisiana Territory in 1799. Boone died at his son Nathan’s home, west of present-day St. Louis, Missouri, on 26 September 1820. 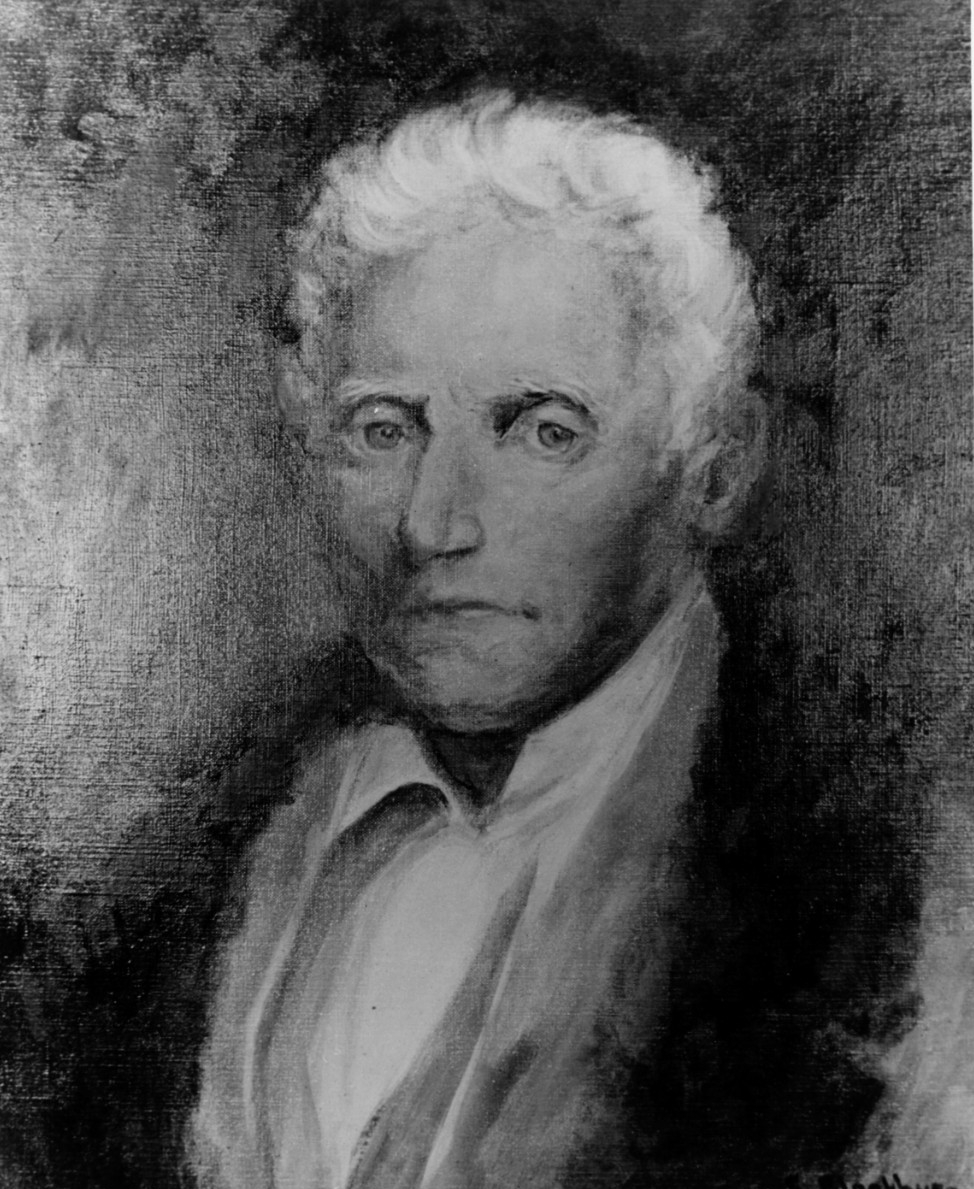 Daniel Boone (SSBN-629) was laid down on 6 February 1962, at Vallejo, Calif., by the Mare Island Naval Shipyard; launched on 22 June 1963, sponsored by Mrs. James H. Wakelin, Jr., wife of Dr. James H. Wakelin Jr., Assistant Secretary of the Navy for Research and Development, and commissioned at her building yard on 23 April 1964, Cmdr. George P. Steele, (Blue Crew) and Cmdr. Alan B. Crabtree (Gold Crew) in command.

On 1 May 1964, Daniel Boone stood out of Mare Island on an extensive shakedown cruise that saw her visit Washington, Pearl Harbor, Hawaii and transit the Panama Canal en route to Cape Kennedy, Fla. While off the coast of the Sunshine State, the submarine test fired UGM-27 Polaris missiles on 16 and 29 July. After several more weeks of training, she proceeded westward, transited Panama Canal on 9 September and moored at Mare Island twelve days later.

The first ballistic missile submarine in the Pacific Fleet, Daniel Boone moored at Submarine Base, Pearl Harbor, Hawaii on 8 November 1964. Assigned to Submarine Squadron (SubRon) Fifteen, she steamed out of the Hawaiian Islands en route to Naval Base Guam, Marianas Islands on 23 November.

In early December, Daniel Boone moored in Apra Harbor, Guam alongside the submarine tender Proteus (AS-19) and completed the first Polaris ballistic missile loadout from a tender. Manned by her Blue Crew, the submarine departed the Marianas on her first deterrent patrol on Christmas Day. She completed the patrol and returned to Guam in the early spring of 1965, whereupon the boat’s Gold Crew relieved their shipmates and began their first patrol on 8 April.

Nearly four years after her last port visit to the Hawaiian Islands, Daniel Boone returned to Pearl Harbor in the fall of 1968. In a ceremony held on 7 October, Secretary of the Navy Paul R. Ignatius awarded the submarine her first Navy Unit Commendation for “exceptionally meritorious service” in the completion of 14 deterrent patrols from December 1964–February 1968.

After 19 deterrent patrols and over 1,000 days submerged in the Pacific Ocean, Daniel Boone briefly stopped at Pearl Harbor on 31 March 1969 before proceeding through the Panama Canal en route to Newport News Shipbuilding & Dry Dock Co., Newport News, Va. She docked in the shipyard and began her first overhaul and refueling on 12 May. In addition to regular maintenance, workers refitted the submarine to carry UGM-73 Poseidon ballistic missiles.

Daniel Boone returned to sea and began her initial post-overhaul trials a year later in May 1970. Unfortunately, just before noon on 28 May, the submarine collided with the M/V Philippine President Quezon during a high-speed run off Cape Henry, Va. She immediately returned to the shipyard and remained there for approximately the next four months.

In late August 1970, Daniel Boone stood out of Newport News and proceeded to the waters off Cape Kennedy [Cape Canaveral], Fla., for post-overhaul Demonstration and Shakedown Operations (DASO). Manned by her Blue Crew, she conducted submerged launchings of the Poseidon Production Evaluation Missile (PEM) on 8 and 21 September. Several weeks later on 27 November, she conducted another submerged missile launch, followed by the successful completion of a Weapons System Acceptance Test, acoustic trials and port visits to Roosevelt Roads, Puerto Rico and St. Croix, Virgin Islands. 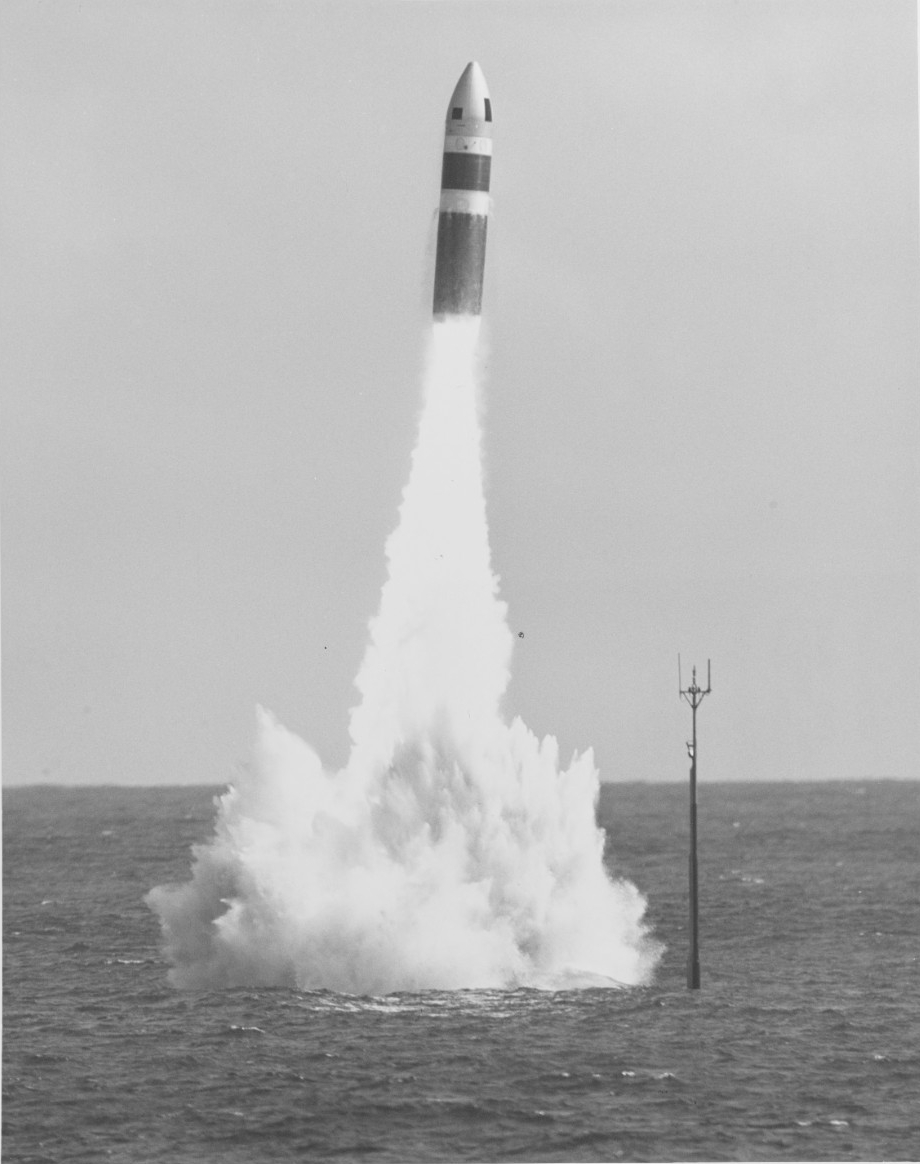 At the conclusion of her DASO and port visits, Daniel Boone steamed to the Polaris Missile Facility Atlantic, at her new homeport at Naval Weapons Station Charleston, Charleston, Sc., for final weapons loadout. Reassigned to SubRon Fourteen, the submarine crossed the Atlantic Ocean and commenced her next deterrent patrol from Holy Loch, Scotland on 26 April 1971.

On 27 June 1972, Secretary of the Navy John W. Warner awarded Daniel Boone the Meritorious Unit Commendation for meritorious service from 13 August 1970–25 April 1971. According to her award citation, “the sustained team effort of the officers and men…enabled the command to successfully train for and conduct their highly successful firings of the Production Evaluation Missile (PEM) version of the newest Fleet Ballistic Missile."

On 24 March 1973, the U.S. Court of Appeals for the Fourth Circuit in Richmond, Va., reaffirmed a district court decision that found Daniel Boone the “sole cause” of the collision off Cape Henry on 28 May 1970. The court also found that the United States had waived its sovereign immunity and was therefore liable for damage sustained by the M/V Philippine President Quezon.

At the conclusion of her 37th deterrent patrol, Daniel Boone returned to Charleston on 5 December 1975 to prepare for her second overhaul. She stood out to sea once again approximately three months later en route to Submarine Base, New London, Conn., where she moored on 18 March 1976. Later that month, the submarine proceeded to the Portsmouth Naval Shipyard, Seavey Island, Me., for overhaul.

Daniel Boone emerged from the shipyard and proceeded to the waters off Cape Canaveral [formerly Cape Kennedy], Fla. for shakedown and DASO on 24 March 1978. On 15 May, the submarine conducted her fourth successful submerged launch of a Poseidon missile. She returned to the fleet and deployed for her first post-overhaul deterrent patrol on 18 October.

In January 1980, the Navy transferred operational control of Daniel Boone to SubRon Sixteen at Submarine Base, Kings Bay, Ga. Approximately four months later on 30 May, the submarine was successfully modified to carry the UGM-96 Trident I ballistic missile. During her post-overhaul DASO, the boat’s Gold crew successfully launched a Trident on 21 July. She returned to the fleet and deployed on patrol on 6 September.

Daniel Boone returned to Kings Bay in April 1984 and combined her Blue and Gold crews for the boat’s 57th deterrent patrol. At the conclusion of this patrol in September, the submarine proceeded to Newport News, where she began an overhaul and refueling on 7 January 1985. The boat returned to the sea and began her initial post-overhaul shakedown in early 1987. Unfortunately, the submarine ran aground in the James River on 25 April, sending her back to the shipyard until 13 June. A little over two months later on August 23, the submarine’s Blue Crew successfully launched a Trident I missile off Cape Canaveral.

The submarine successfully tested her weapons systems again on 24 March 1990, when her Blue Crew launched four Trident I missiles as part of an evaluation test off Cape Canaveral.

Despite nearing the end of her service to the nation in 1992, Daniel Boone received multiple awards in recognition of her outstanding performance that year. The boat received SubRon Sixteen’s Battle Efficiency Award, the United States Navy League Ballistic Submarine Outstanding Performance Award, and became the first Navy unit awarded the prestigious Omaha Trophy.

After thirty years and the completion of 75 strategic deterrent patrols, the Navy placed Daniel Boone in commission in reserve on 10 July 1993. During the inactivation ceremony held at Charleston, Sc., the submarine received her third Meritorious Unit Commendation for her outstanding performance from 1 January 1991 to 31 December 1992. She departed the Palmetto State approximately a month later and proceeded to Puget Sound Naval Shipyard (PSNS), Bremerton, Wash. During her final voyage, the boat made port visits to Ft. Lauderdale, Fla, Puerto Rico, San Diego, Calif., and Bangor, Wash. Slated to be scrapped, she entered PSNS Dry Dock No. 4 on 4 November 1993.

The Navy decommissioned Daniel Boone and struck her from the Naval Vessel Register on 18 February 1994. Disposal of the ex-Daniel Boone via the Ship and Submarine Recycling Program completed on 4 November of that year.