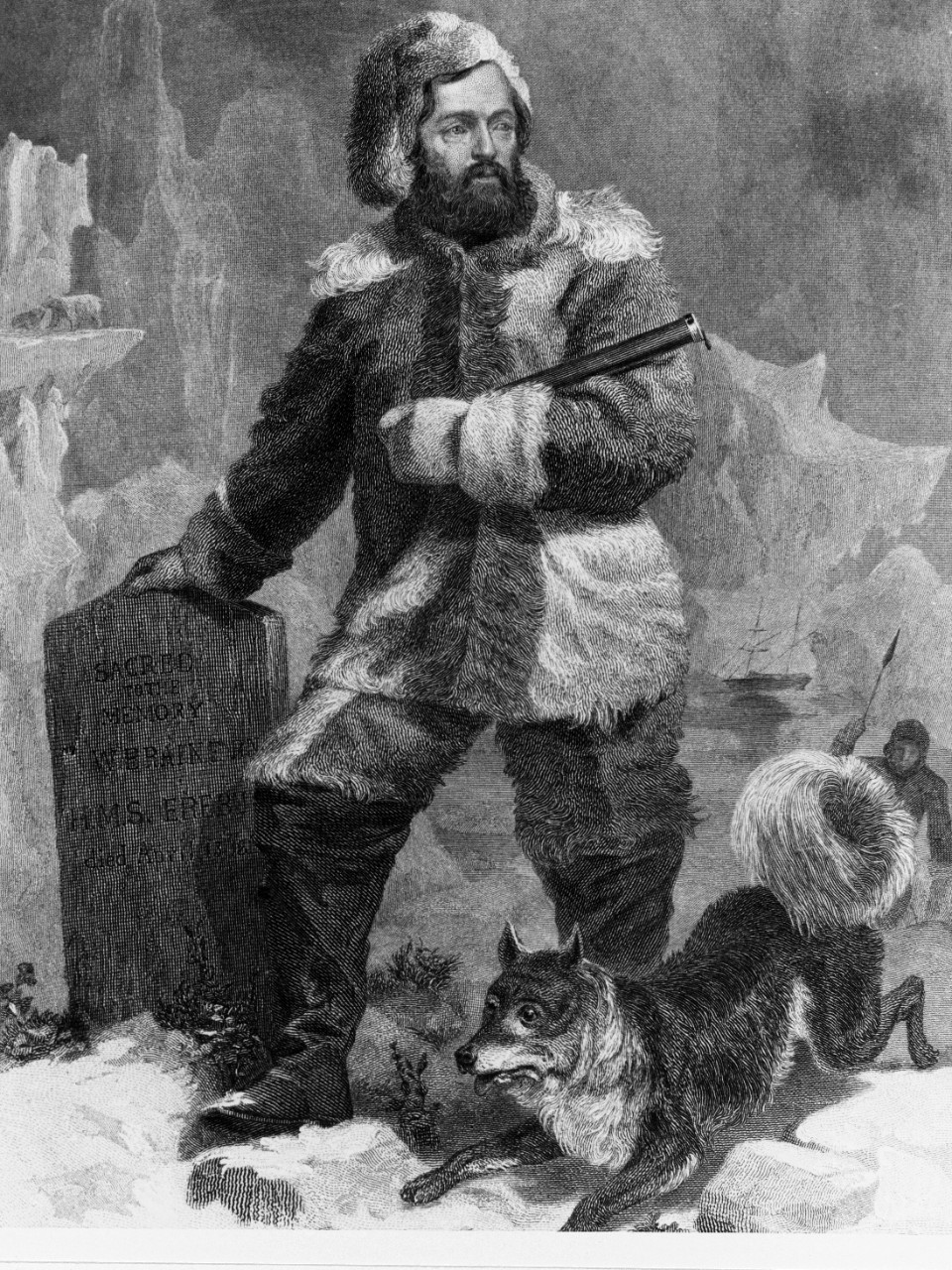 Assistant Surgeon Elisha Kent Kane, USN. Engraved portrait after a painting by Alonzo Chappel, published in National Portrait Gallery of Eminent Americans. It depicts Kane during his 1850s missions to the Arctic to search for possible survivors of the Franklin expedition. Kane's hand is shown resting on a monument inscribed Sacred to the Memory of W. Braine R.N. H.M.S. Erebus .... U.S. Naval History and Heritage Command Photograph. (1820-1857) (NH 95532)

Elisha Kent Kane, born in Philadelphia 28 February 1820, graduated from the University of Pennsylvania Medical School in 1842. He became assistant surgeon in the Navy 14 September 1843 to serve in the China Commercial Treaty mission under Caleb Gushing, in the Africa Squadron, and in the Marines during the Mexican War.

He became senior medical officer of the unsuccessful Arctic expedition searching for explorer Sir John Franklin in 1850 and 1851. Kane organized and headed a second rescue expedition, which sailed from New York 31 May 1853, and wintered in Rensselaer Bay. Though at times near death and scurvy-ridden, he resolutely pushed on and chartered the coasts of Smith Sound (now called Kane Basin) and penetrated farther north than any other explorer had done up to that time. At Cape Constitution he discovered the ice-free Kennedy Channel, later followed by Hayes, Hall, Greely, and Robert E. Peary, in turn, as they drove toward the North Pole.

Kane finally abandoned the icebound brig Advance 20 May 1855 and escaped the clutches of the frozen north by an 83-day march of indomitable courage to Upernavik. The party, carrying the invalids, lost only one man in the retreat to stand in the annals of Arctic exploration as the archetype of victory over defeat. Kane returned to New York 11 October 1855 and the following year published his two-volume Arctic Explorations. After visiting England, he sailed to Havana, Cuba, where he died 16 February 1857. 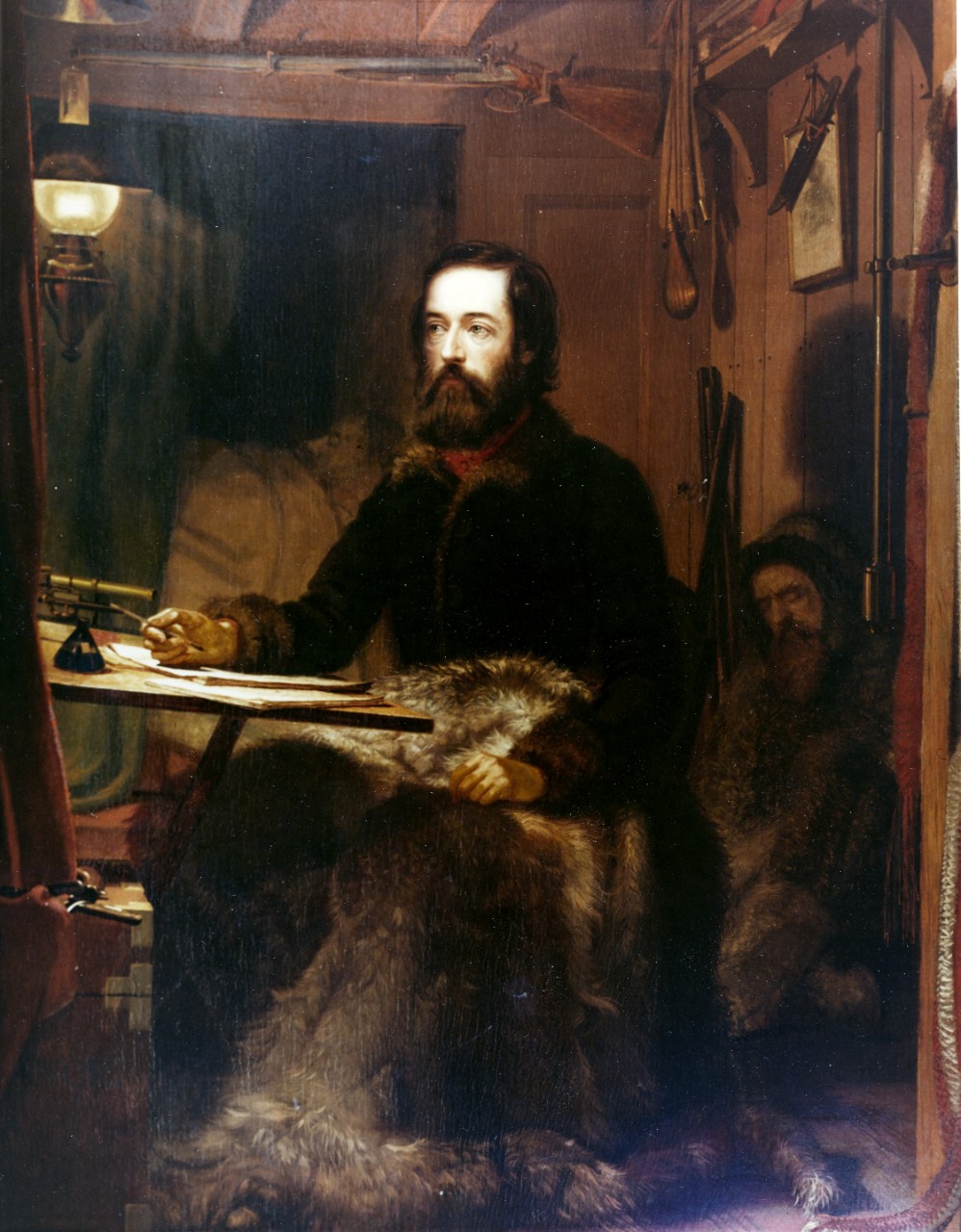 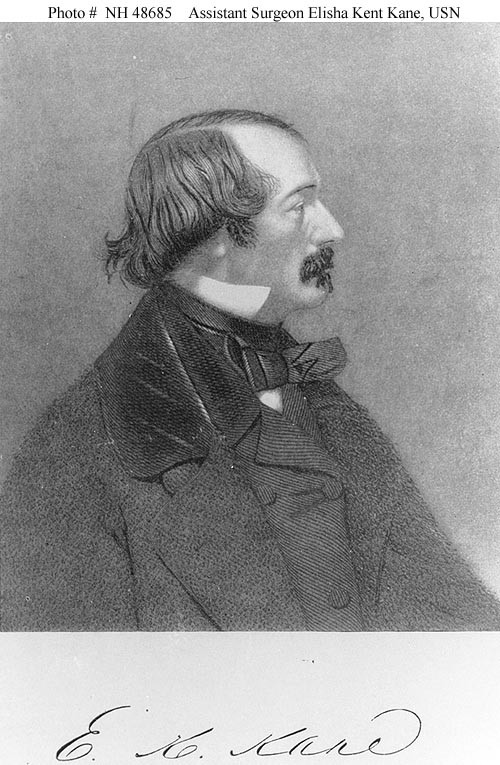 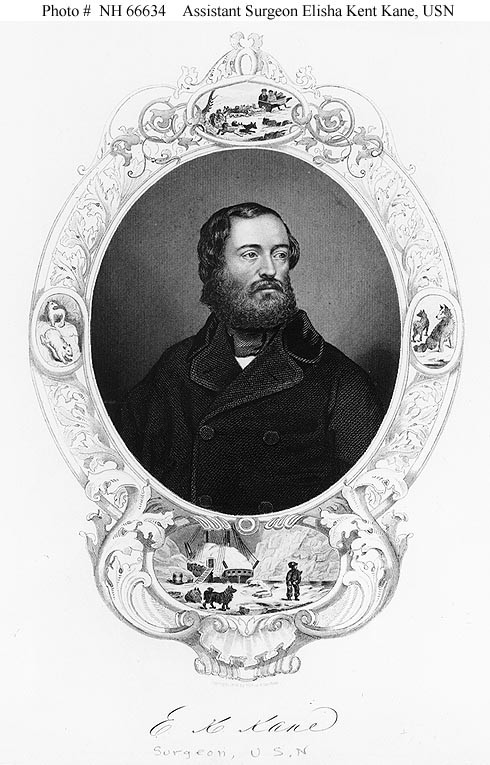 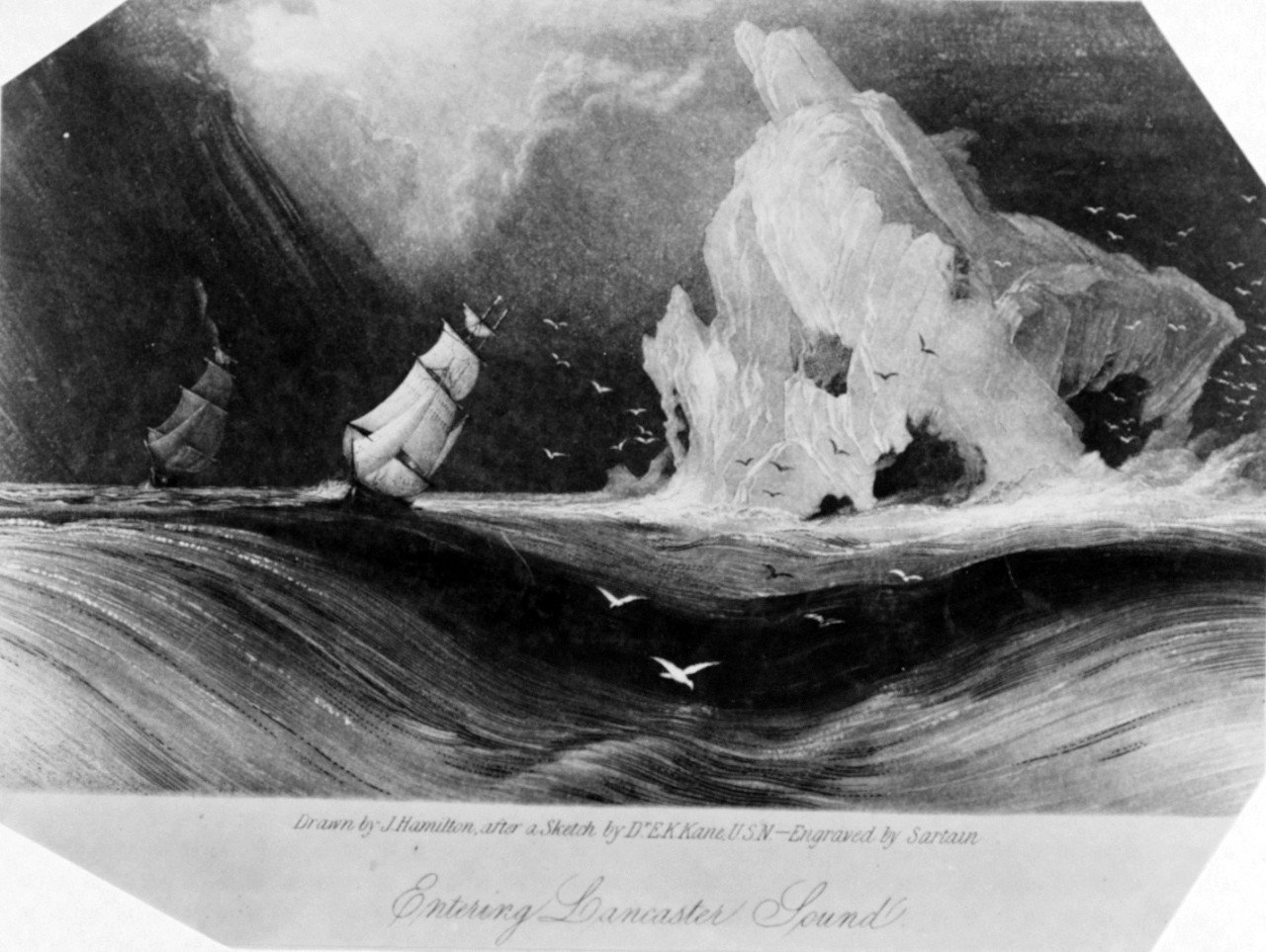 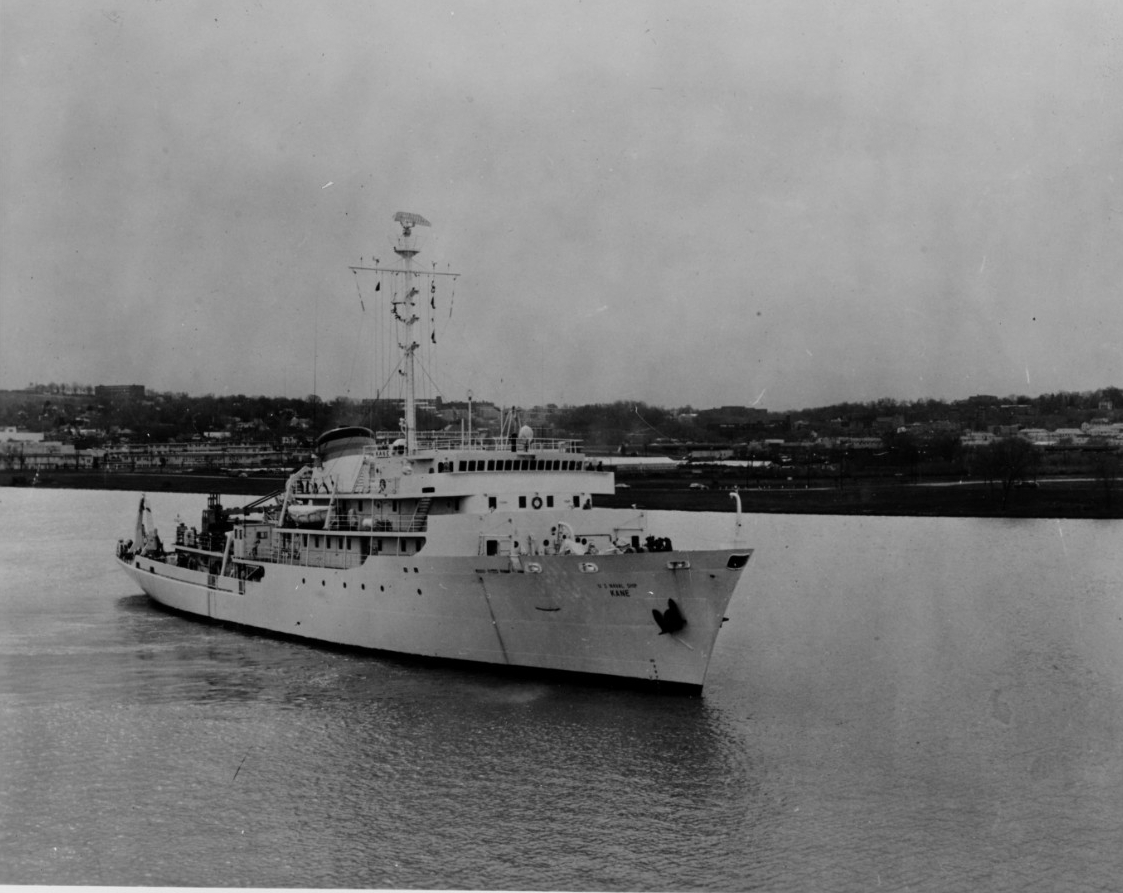