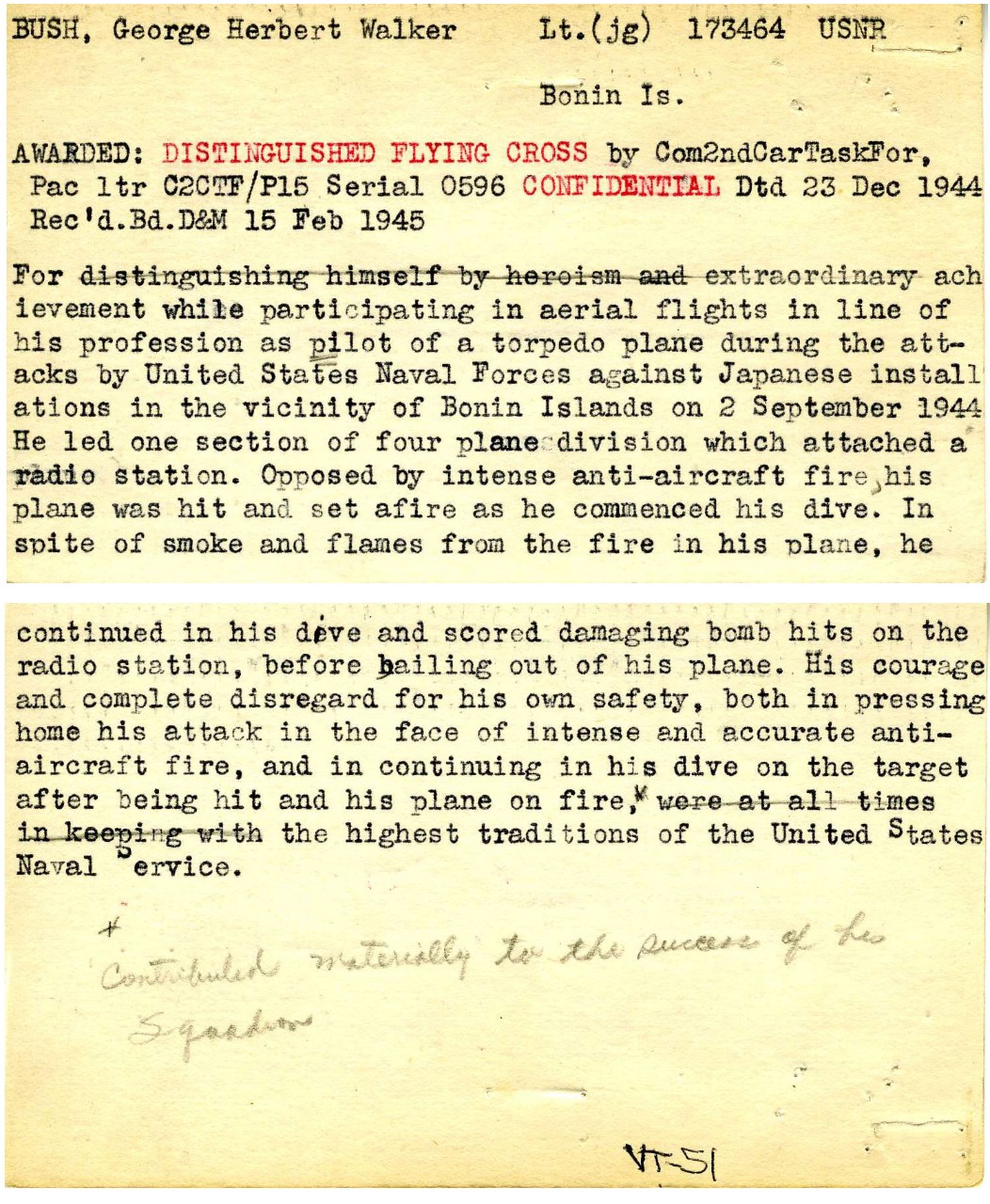 For distinguishing himself by heroism and  extraordinary achievement while participating in aerial flights in line of his profession as pilot of a torpedo plane during the attacks by United States Naval Forces against Japanese installations in the vicinity of Bonin Islands on 2 September 1944. He led one section of four plane division which attached a radio station. Opposed by intense anti-aircraft fire his plane was hit and set afire as he commenced his dive. In spite of smoke and flames from the fire in his plane, he

continued in his dive and scored damaging bomb hits on the radio station, before bailing out of his plane. His courage and complete disregard for his own safety, both in pressing home his attack in the face of intense and accurate anti-aircraft fire, and in continuing in his dive on the target after being hit and his plane on fire,* were at all times in keeping with the highest traditions of the United States Naval Service.

*Contributed materially to the success of his Squadron [handwritten note]

[Note: Transcriptions are based on the typed text and do not incorporate all handwritten edits on award card.]