A weather phenomenon in which a vortex of wind (a vertically oriented rotating column of air) forms due to instabilities and turbulence created by heating and flow (current) gradients.

The second U.S. Navy ship named Whirlwind. The first Whirlwind (S.P. No. 221), a wooden-hulled, triple-screw steam yacht, that served (with a brief interruption) from 1917–1919, retained the name she carried at the time of her acquisition.

The second Whirlwind (PC-11) was laid down on 4 March 1994 at Lockport, La., by Bollinger Machine Shop and Shipyard; launched on 9 September 1994; sponsored by Mrs. Elizabeth A. Tanner, wife of Representative John S. Tanner of Tenn.; and commissioned on 1 July 1995 at Memphis, Tenn., Lt. Cmdr. David D. Schweizer in command. 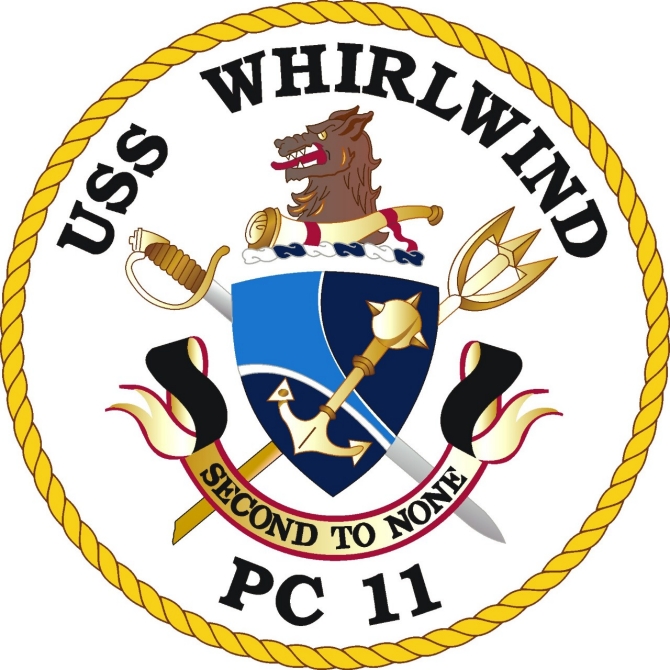 Dark blue and gold are traditional Navy colors. Celeste, or light blue, represents coastal waters and the Caribbean where Whirlwind carries out many of her missions. White stands for integrity. The shield is divided to simulate the vortex of a whirlwind from which PC-11 takes her name. The anchor combined with the head of a medieval mace denotes authority at sea and the weaponry to implement the duties of the mission. Gold stands for excellence.

The watchdog signifies fighting spirit, vigilance, and diligence in duty, and recalls the escort mission of the first U.S. Navy vessel (S.P. No. 221) to bear the name Whirlwind. The hunting horn emphasizes Whirlwind’s mission in interdiction operations and detecting illegal activities. Gold and scarlet stand for excellence and courage. 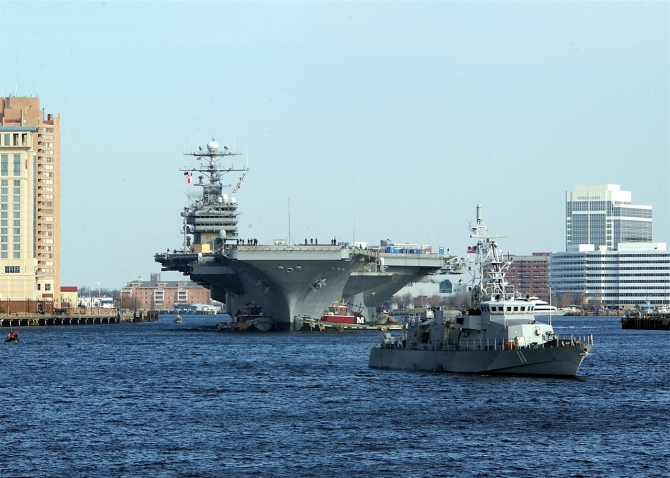 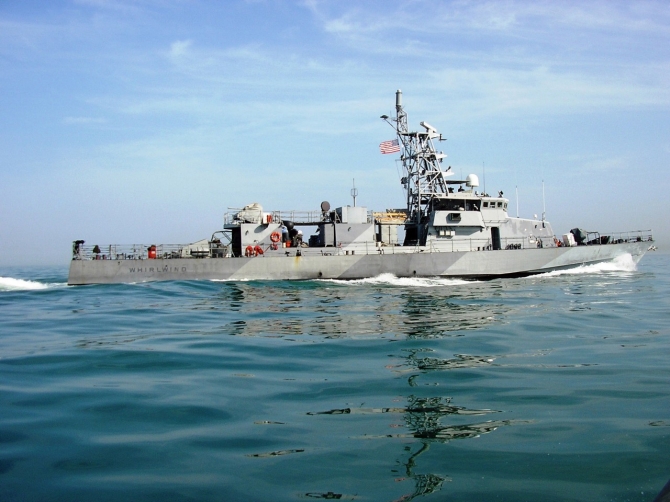