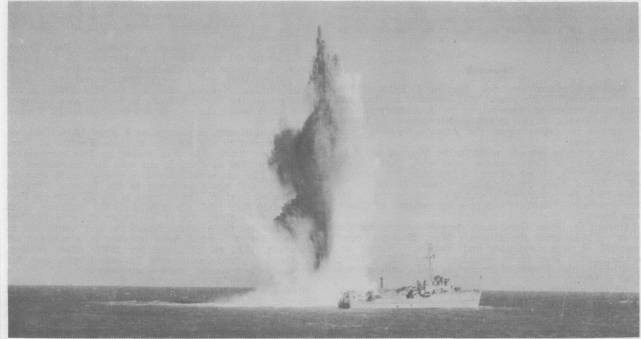 Any of numerous predatory birds.

Shrike sailed from Tampa on 2 April for Charleston, S.C., arriving there on 5 April. From 15 May to 24 June, she conducted shakedown training at Key West, Fla. She returned to Charleston on 26 June. For the remainder of the year, the minesweeper operated between Charleston and Key West as a unit of Mine Squadron 4. Shrike as assigned to the Mine Force, Atlantic Fleet, and the operational control of Commander, Operational Test and Evaluation Force, Atlantic Fleet, with her homeport at Key West. The minesweeper operated out of that port until 30 June 1965. During these years, the ship conducted local operations, conducted experiments with new equipment, evaluated new type mines, and provided services for the missile testing facility at Cape Canaveral. In November 1963, her evaluation testing was interrupted when she was deployed to locate and assist in the salvage of a downed U-2 aircraft in Florida Bay.

On 30 June 1965, Shrike's homeport was changed to Charleston; she was assigned to Mine Division 42, and her status was changed from an experimental ship to a sweeper in the mine force. She conducted operations from Charleston for the next three years which took her as far north as Newport, R.I., as far south as the Caribbean, and one trip to New Orleans.