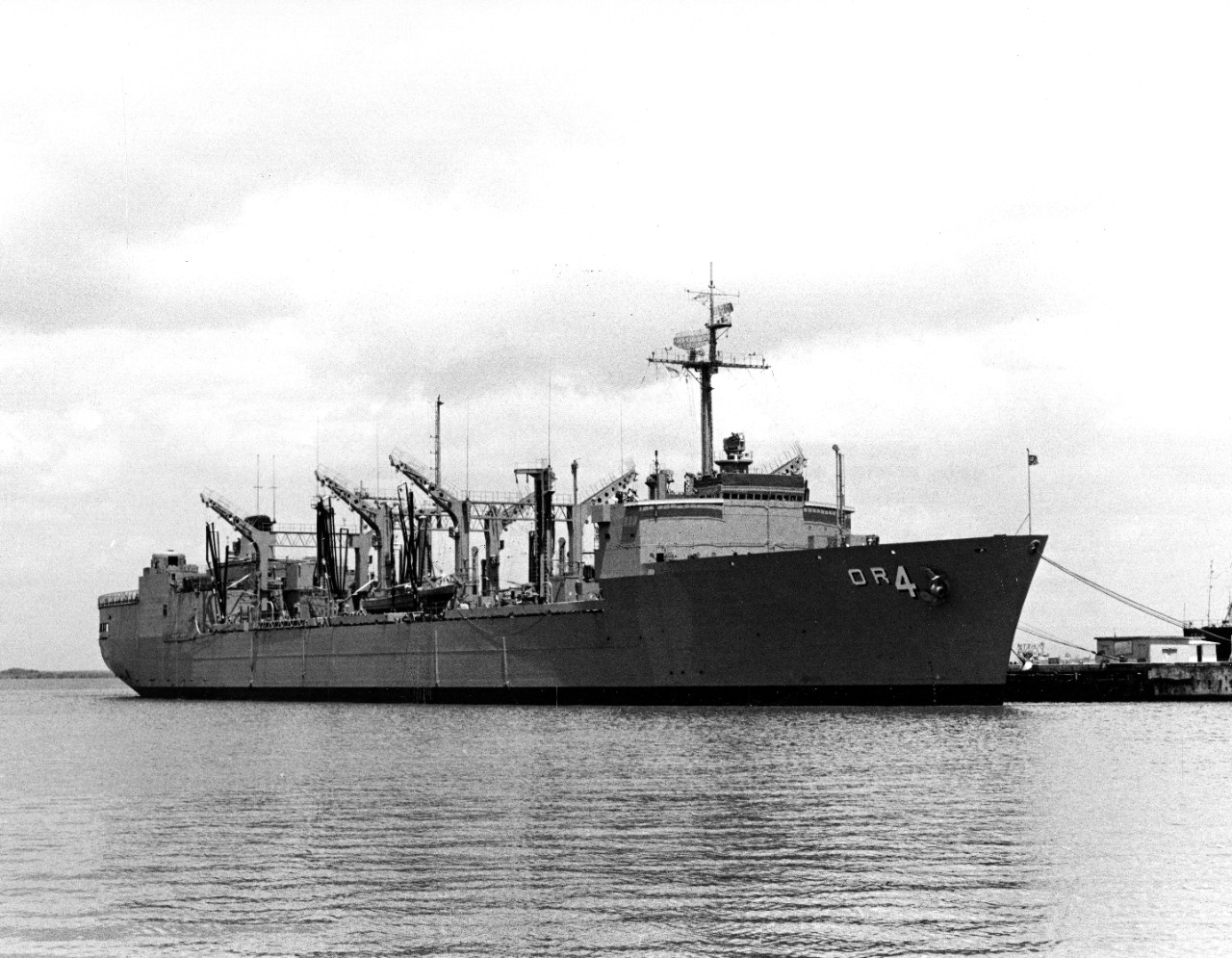 Following shakedown out of Guantanamo Bay, Savannah proceeded to her homeport, Norfolk. Arriving on 12 May, she completed post-shakedown availability on 9 August, and prepared for deployment to the Mediterranean.

Savannah departed Norfolk on 20 September. En route to Rota, Spain, she refueled ships participating in a Caribbean exercise. After reporting to the 6th Fleet on 8 October, Savannah operated in Task Group 60.1; and, by the end of the year, she had replenished 178 ships.

Savannah continued to operate with the 6th Fleet in the Mediterranean until early March 1972. On 9 March, she headed west for Norfolk and arrived there eight days later. Her stay in the United States, however, was cut short by the exigencies of the Vietnam War. On 25 April, she exited the Chesapeake Bay and, four days later, transited the Panama Canal. Savannah arrived in Subic Bay, P.I., on 20 May and began a five-month tour replenishing the fleet along the coast of Vietnam. She made six line swings to the Gulf of Tonkin during this time. Each swing was punctuated by a 4-6 day load out period in Subic Bay.

Savannah departed Subic Bay on 5 November, bound for Norfolk. She transited the Panama Canal on 4 December and arrived at Norfolk on the 8th. Savannah operated out of Norfolk, along the Atlantic seaboard and in the Caribbean, for almost all of 1973. On 3 December 1973, she again headed eastward to join the 6th Fleet in the Mediterranean. From 12 December until late May 1974, she supported units of the 6th Fleet on-station in the Mediterranean. On 3 June 1974, she re-entered Norfolk.

Savannah began the 1980s by deploying off the Atlantic coast and into the Caribbean. In 1982, “Savvy Sue” underwent her second major overhaul from 2 March-15 December. After exiting the shipyard, Savannah steamed into the Caribbean, where she served as a drone launch platform in April 1982. On 10 December, Savannah resumed her support of 6th Fleet vessels in the Mediterranean. She subsequently transited the Suez Canal on 31 January 1983 and conducted operations in the Indian Ocean from 4 February-26 April. As she did a decade earlier, Savannah spent the remainder of the 1980s alternating deployments off the Atlantic coast with voyages into the Mediterranean.

The year 1990 saw one of Savannah’s most lengthy deployments in support of the 6th Fleet. On 8 March she steamed out of Norfolk en route to Rota, Spain. From 14 June-2 August Savannah participated in Operation Sharp Edge, the evacuation of Americans from Liberia. She subsequently supported the build-up of American forces in the Middle East as part of Operation Desert Shield/Desert Storm.

Savannah decommissioned on 28 July 1995 and was stricken from the Naval Vessel Register on 29 October 1998.

Savannah earned one battle star and a Meritorious Unit Commendation for service in the Vietnam War.