In addition, two ships have been named for St. Paul. The first Saint Paul, a steel passenger liner, retained her mercantile name in United States service, and served as an auxiliary cruiser in 1898 and from 1917–1919. The second, heavy cruiser St. Paul (CA-73), was ordered as Rochester but renamed St. Paul on 26 November 1942, and served from 1945–1971.

Minneapolis-Saint Paul (SSN-708) was laid down on 20 January 1981 at Groton, Conn., by the Electric Boat Division of General Dynamics Corp.; launched on 19 March 1983; sponsored by Mrs. Penny Durenberger, wife of Senator David F. Durenberger of Minn.; and was commissioned on 10 March 1984, Cmdr. Ralph Schlichter in command. 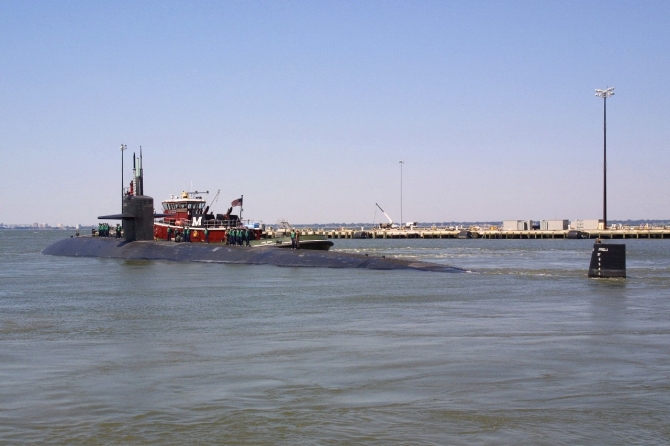 Heavy seas swept four sailors overboard from Minneapolis-Saint Paul while she sailed from Devonport Naval Base, England, following a week-long visit to Plymouth, on 29 December 2006. Other crewmen and British authorities recovered all four crewmen and took them to a nearby hospital, but two of the four died: 45-year-old Senior Chief Petty Officer Thomas K. Higgins of Paducah, Ky., and 30-year-old Petty Officer 2nd Class Michael J. Holtz of Lakewood, Ohio. The other two sailors were treated for minor injuries and discharged from the hospital.

Attack submarine Newport News (SSN-750) collided with Japanese supertanker Mogamigawa, registered with Kawasaki Kisen Kaisha, Ltd., in the Strait of Hormuz, at 2015 on 8 January 2007. Neither vessel reported casualties, but the collision damaged the bow of Newport News. Guided missile destroyer Benfold (DDG-65) escorted her to Bahrain for repairs.

The Navy ordered an operational “stand-down” for all of its submarines following the two accidents. Vice Adm. Charles L. Munns, Commander Naval Submarine Forces, directed all of his submarine commanding officers to “focus energy and intellect back onto the basics of submarine operations…It is clear that a common thread through recent problems has been errors conducting normal routine operations,” Munns said in a statement. “We are going back to basics, back to practice.”

Minneapolis-Saint Paul was inactivated during a ceremony at Norfolk on 22 June 2007, and the following month sailed from Norfolk to Pearl Harbor, Hi., to prepare for her decommissioning. The attack submarine was decommissioned and stricken from the Navy List on 28 August 2008. 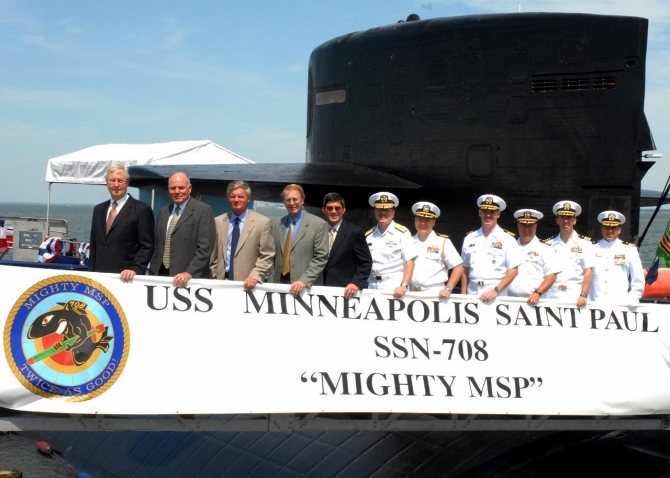