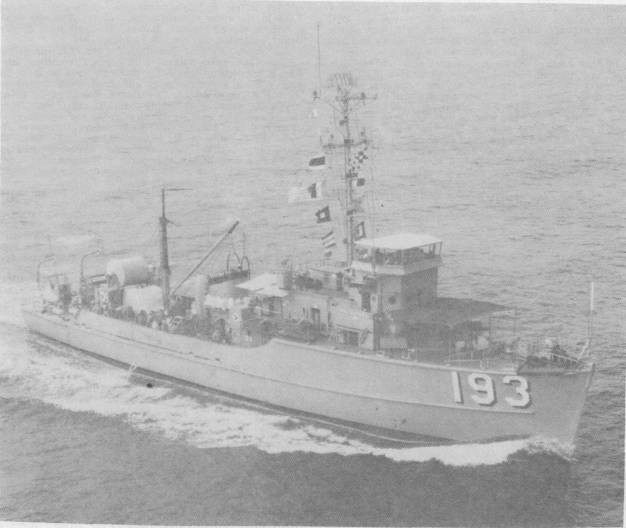 Any of certain wading birds of the family Jacanidae common to the Western Hemisphere.

After shakedown, Jacana arrived Charleston, S.C., her home port, 28 May 1955; and, during the year, engaged in tactical training and experimental exercises part of the Navy's ceaseless activity to maintain a superior readiness capability that incorporates every modern technological advance. The motor mine sweeper arrived at her new home port, Yorktown, Va., 18 January 1957, and commenced mine warfare exercises in the Chesapeake Bay.

In addition to participating in mine warfare operations, Jacana performed important search and rescue missions for downed aircraft and engaged in amphibious exercises off Onslow Beach. She continued in this series of operations until 28 April 1962, when she proceeded to Port Everglades, Fla., for duty with the Naval Ordnance Laboratory Test Facility. After her mine evaluating mission and Caribbean exercises were completed, Jacana sailed for Halifax late September to participate in joint American-Canadian maneuvers. The combined exercises are proof of the free world's determination to thwart any Communist thrust toward world conquest. Soon after this exercise, the Cuban crisis brought a showdown with communism. Jacana remained on alert through November.

From 1963 into 1967 Jacana has operated along the Atlantic coast, engaging in mine exercises, amphibious training, search and rescue operations, and duty with the Naval Mine Defense Laboratory in Florida.